The top 10 must-see art shows this summer in Toronto

The top art shows in Toronto this summer range from digital installations and lenticular VHS portraits to wax sculptures, but of course the summer's art scene will be dominated by World Pride, with the AGO and MOCCA joining smaller galleries and establishments like the Gladstone and Drake hotels to celebrate Toronto's queer-est summer ever.

The season also marks transitions for TO's art scene: AWOL will be forced to move (and will literally be a.w.o.l. for a while) and Pentimento is holding their last opening, while Clint Roenisch is re-opening July 10. These shows will open over the next few months, but John Monteith's At Night All Cats Are Grey at o'born contemporary is worth a visit (on until July 26).

Here are my picks for the must-see art shows in Toronto this summer. 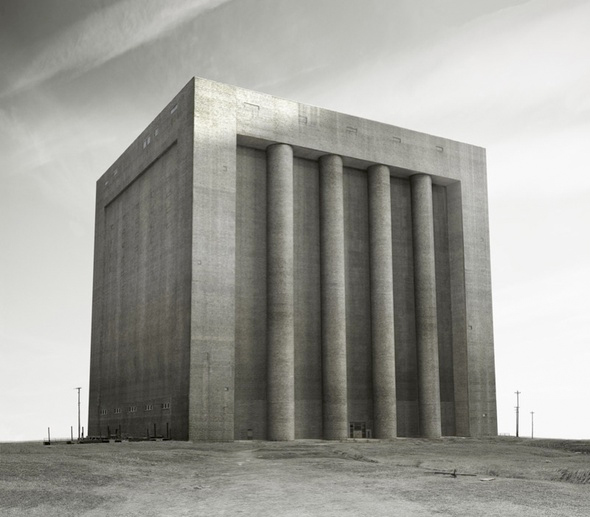 World Pride / various venues and dates
World Pride is taking over Toronto at the end of June, and tons of galleries are taking part. Most notably Fan the Flames: Queer Positions in Photography opens June 18 at the AGO (also showing Francis Bacon until July 20th). MOCCA will have two Pride exhibits from June 21 - Aug 17 (Over the Rainbow and Par Amour/Paramour) while the Gladstone will show That's So Gay 2014 June 20 - July 27. At Ryerson Image Centre you can check out What It Means to Be Seen and Zanelle Muholi. Then Pentimento has Troy Brooks in Leslieville opening June 21, OCADU's Generations of Queer is on until June 28, Videofag is, naturally, hosting an array of programming, The Drake will show Marlon Griffith June 21 - 26, p|m has Hit Parade from June 24 - July 6, and Gallery 44's Proof (June 20 - July 26) looks to be a cool one. 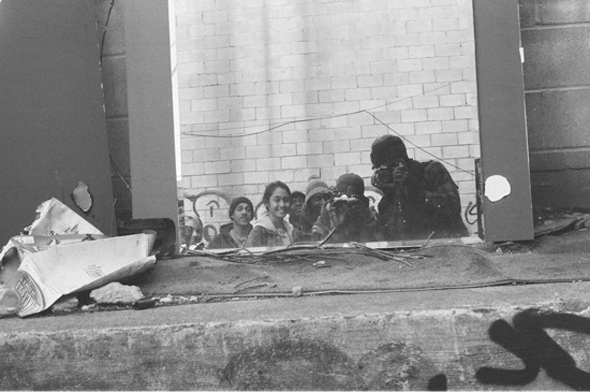 Outreach 2014 - Connect / Gallery 44 / June 20 - July 26
Fifty young photographers from the GTA will show what they've learned in black & white workshops as part of Eva's Phoenix, NIA Centre for the Arts, PEACH, Toronto Council Fire Native Cultural Centre, and UrbanArts. There will be a reception and zine launch Friday June 20, 6-8pm. Stop by for some unique perspective on Toronto, and to see some up and coming photography talents. 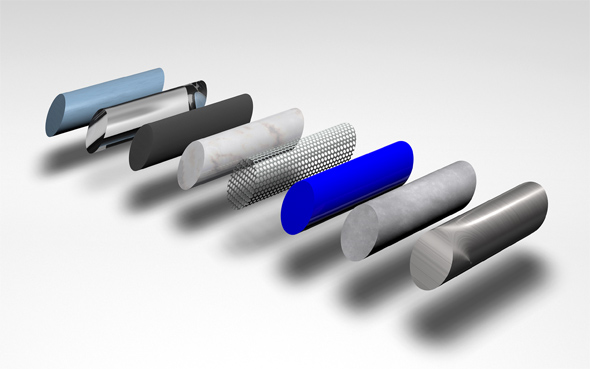 Jennifer Rose Sciarrino - Patterned Recognition / Daniel Faria Gallery / June 21 - July 19
Jennifer Rose Sciarrino's sculptures aim to bring 3D digital aesthetics to life. A sterile arrangement of tables will stretch through the gallery holding "plaster sculptures shaped through a CNC process emerge from underneath printed fabric." The plaster surfaces will take on various patterns and textures, mimicking the results of 3D modeling - but you can almost touch it (don't touch the art, please & thanks). Fans of digital art and 3D printing will definitely want to check this out. Opening reception is Saturday, June 21, 2-5pm. 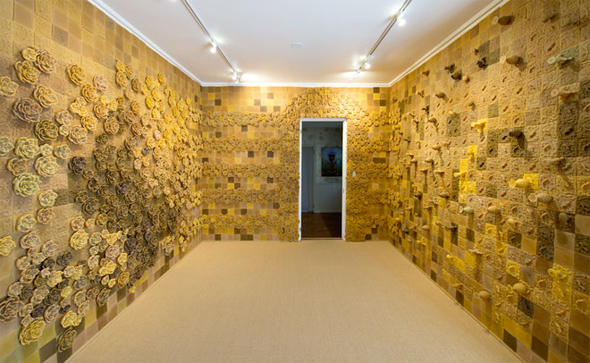 Pedro Reyes - Sanatorium / The Power Plant / June 28 - Sept 1
One of the show I'm most looking forward to this summer is this therapy hub by Mexico's Pedro Reyes, which might say something about me, I'm not sure. The ongoing performance piece offers short therapy sessions for those feeling the woe of urban life - a receptionist will schedule an appointment just for you, you'll sit in a waiting room with other gallery visitors, and then a Reyes-instructed therapist will do their best to settle some ennui. The physical installations themselves look to be interesting as well. (See lead photo.) 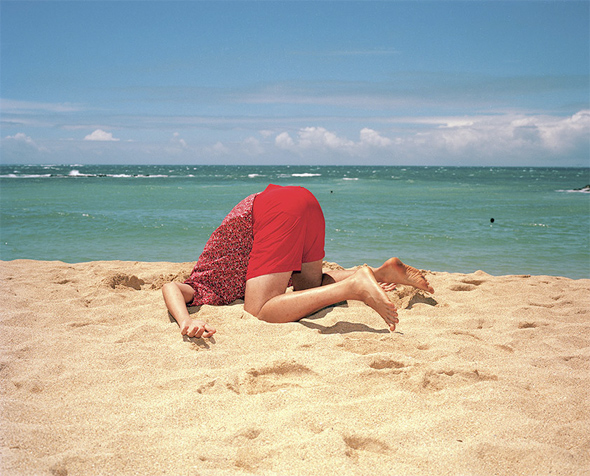 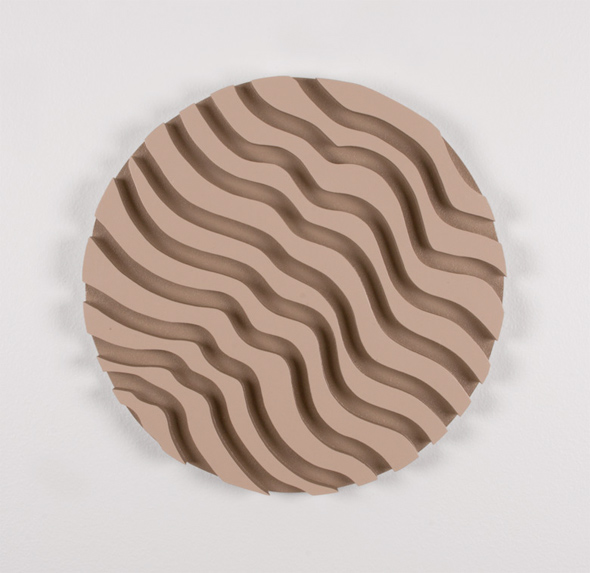 Summer Group Exhibition / Nahwhal / July 19 - Aug 17
Narwhal moved again - no longer in the Junction, the often-traveling contemporary gallery is now near the corner of Dundas and Roncesvalles. Pay a visit to their new spot on 2104 Dundas Street West for Carly Waito's delicate Microgeographica show (up until June 28) or later this summer to see abstract works by Matthew Feyld, Alvaro Ilizarbe, and Paul Wackers. 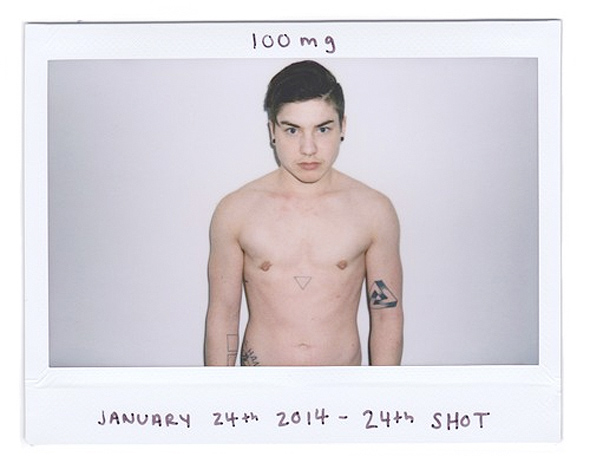 Wynne Neilly - Female to "Male" / Ryerson Image Centre / July 23 - Aug 24
Toronto's Wynne Neilly has documented his transition from female to "male" (Neilly's quotations) every week. Neilly "insists on the use of quotation marks around the word "male" stating that his identity is something fluid that cannot be easily defined by use of a single word" and sees his gender transition as fluid and unending, rather than as a fixed "shift." Objects and audio installations from Neilly's evolution have been collected as part of the project as well.

Before and after the Horizon / AGO / July 26 - Nov 25
Before and after the Horizon: Anishinaabe Artists of the Great Lakes will showcase contemporary and traditional Anishinaabe art by Norval Morrisseau, Bonnie Devine, Robert Houle, Michael Belmore, and many more. Artifacts such as birchbark wall pockets and beaded bags will be juxtaposed with contemporary painting work. The nations of Algonquin, Mississauga, Nippissing, Ojibwe (Chippewa), Odawa (Ottawa), Potawatomi and Saulteaux make up the Anishinaabe's region. 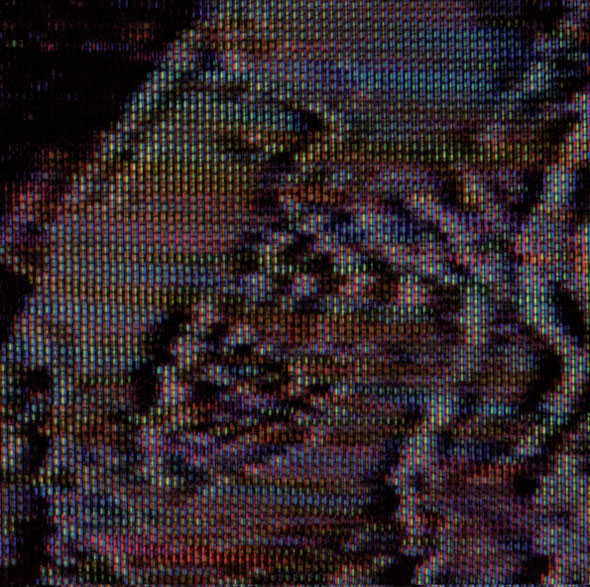 Tasman Richardson - Lethe Baptism / Neubacher Shor Contemporary / June 12 - July 5
In Lethe Baptism Tasman Richardson, one of Toronto's most fascinating new media artists, VHS portraits are "copied and recopied from tape to tape - until erased" as Richardson searches for a way to both portray the natural decay of human memory, and hang video art on a way without electricity. Quote Richardson, what some have "mistaken for a static photo print show" is actually "animated lenticular... the video component behind the blue velour curtain is a memory experiment best experienced alone." The exhibit has audio components as well.

Jonathan Monaghan - Dauphin 007 / Angell Gallery / June 14 - July 5
Perhaps the coolest and strangest exhibit you'll see this summer, Jonathan Monaghan's French Revolution-themed short animation is a must-hit for fans of 3D animation. A baby lion grows old and eventually - well, you know how the revolution turned out (bad for lions?). Alex Kisilevich's exhibit is on in the west gallery as well. 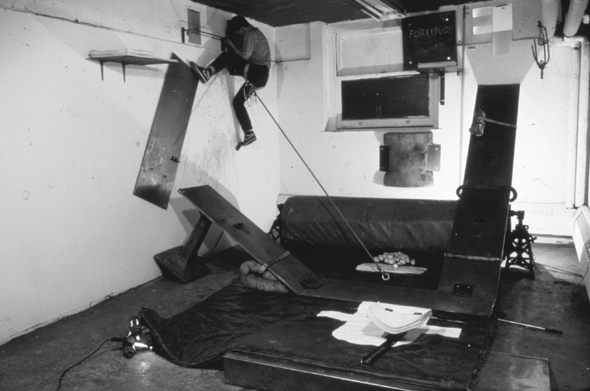 Matthew Barney - Drawing Restraint / AGO / May 31 - Sept 28
Can't sit through a 700 hour movie because, you know, life? A few of Matthew Barney's Drawing Restraint short films run until Sept 28, 2014 at the AGO. The ongoing video work (the project started in 1987) where Barney employs his life as a former athlete to "foreground the physical body and its tensions in a studio practice" climaxes with his newest piece, a hi-def story that jumps between two video screens a follows, instead of Barney himself, the strange journey of a young female Swiss athlete. If you have the patience to stand (there are no chairs offered) the slow turn of events is gripping, and the final moments are beautiful.

What shows are you excited for this summer? Let us know in the comments!

Thanks to Pure Leaf for sponsoring our summer adventures. For more things to do this summer, check out our Best of Summer page.