Toronto themed holiday gifts are catching on more and more each year, even amidst scandals at City Hall, TTC fare hikes, and winter ennui. That said, some people may never forgive you for a poster forever reminding one of subway delays, widely available Rob Ford themed gifts might not be funny when he's still the Mayor in 20__ (knock on woodgrain), and you can't buy a city streetsign yet without talking to some resourceful teenagers or scouring sketchy antique shops.

Here are 5 less anxiety inducing Toronto themed gifts, at least some of which should please even those who treat civic pride with a healthy dose of suspicion.

City of Neighbourhoods toques
If you missed these at our Popify shop, Toronto designer Lyndsay Borschke at Tuck Shop Trading Co's City of Neighbourhoods' toque collection allows you to show off some hyper-local Toronto pride, and keep your head toasty at the same time. The 100% acrylic hats sport the names of 14 different neighbourhoods like High Park, the Beaches, and the Annex. Hopefully next year someone makes "Condos pushed me out of West Queen West" pride hats, but until then you can grab these for $35 each online, or at the ToronTOpia pop up shop until Dec 22. 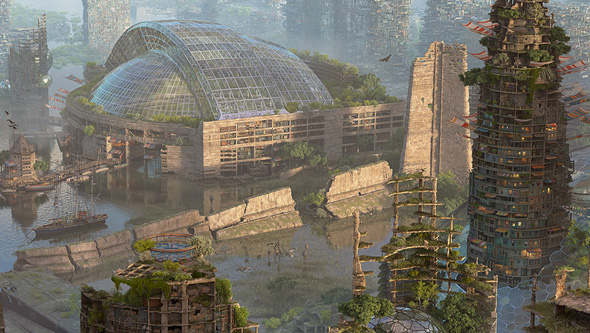 Mathew Borrett's A Future Toronto?
If you somehow haven't seen this on social media or at the ToronTOpia pop up shop yet, take a closer look now - Borrett's illustration is a spell binding view of a Toronto ravaged by time, and maybe some disaster (and pirates?), though the lush greenery is more beautiful than fearsome. Made for the 10th anniversary edition of Spacing Magazine, the print is available for $150 at the ToronTOpia pop up shop - only a few are left - or you can place orders on Borrett's website for a larger signed print of the scene either during day or night ($200). 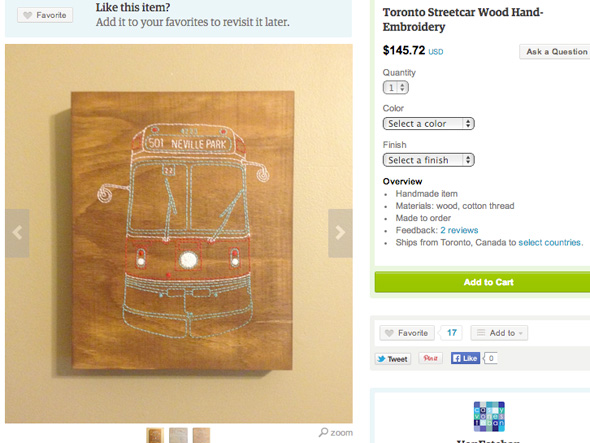 Casey VonEsteban's wood embroidery
Pictured is Casey VonEsteban's "Toronto Streetcar" hand-embroidery on wood piece, showing that old rascal the 501 ($145US), but in her shop you'll also find a cute map of The Junction ($121) in the same style. Not feeling The Junction? She can also do any neighbourhood you chose for $170. Browsing further in her shop, this portly raccoon embroidered on aluminum ($97) would make a few of my Toronto pals very happy - and a few others (let's call them "homeowners") very mad at me. 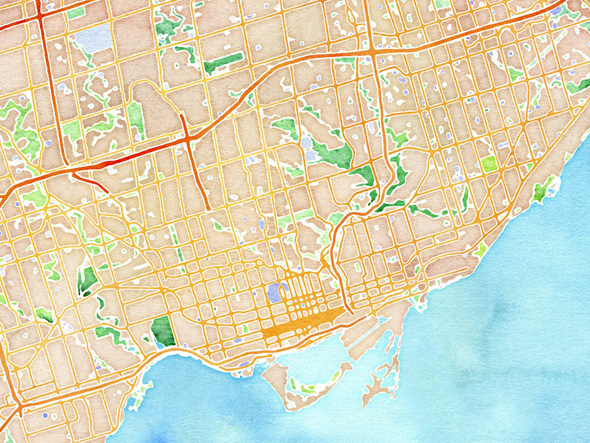 Stamen Design's Watercolour Toronto map
We've posted about a lot of Toronto maps over the years, from the quirky to the historical, but few are as, well, pretty as these watercolour-like prints from Stamen Design, a studio located in San Francisco. So, no, these aren't a local offering, but they're readily available in a variety of sizes (and cities) at online art gallery 20x200. These are loosely based on an interactive map project by the company, which incorporates Flickr shapefiles, Natural Earth and the OpenStreetMap project. They start at $24 for an 8x10 version and go up from there (the popular 11x14 size is $60). 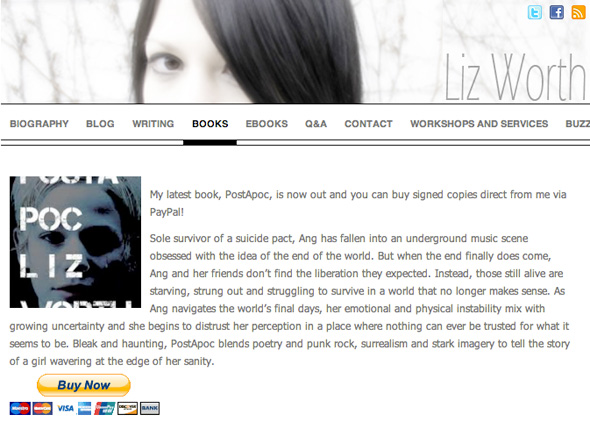 Liz Worth's PostApoc
Continuing with the doomsday-in-TO theme is this new book by Toronto author Liz Worth, writer of Treat Me Like Dirt: An Oral History of Punk in Toronto and Beyond which documented the 1977 Toronto punk scene - not a bad Toronto themed gift itself, actually. In PostApoc Toronto is never named directly, but there are enough hints to make it obvious where this book takes place. The story follows Ang's experience with an "underground music scene obsessed with the idea of the end of the world" and what happens when the apocalypse finally arrives. You can buy it from her website for $19.95. 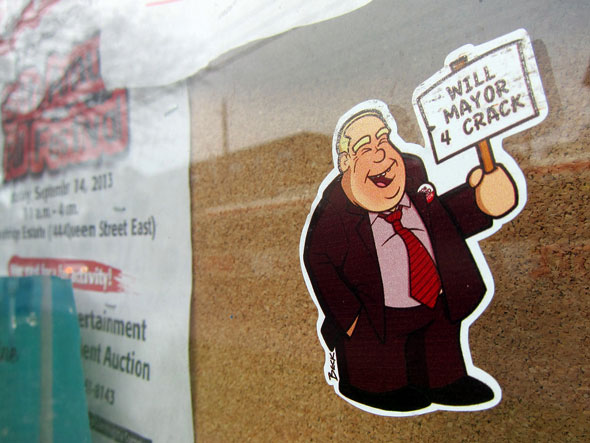 I Love T.O. Sticker Packs
Need a stocking stuffer? Rodger Beck is a local cartoon artist whose stickers have been turning up around Toronto. Beck sells "I Love T.O." sticker packs which include The CN Tower, Darwin the IKEA monkey, Mayor4Crack and a guilty Star newsbox. You can grab them in his online shop for $6.