It's worth the trip to Markham for vast public art exhibit

Land|Slide: Possible Futures is a massive 30+ artist installation which has taken over the Markham Museum â yes, you have to go to Markham to see it. Here are two things you should know about the show. One: you should go. This project comes from some of the minds behind the Leona Drive project, and it's similar in atmosphere and emotional depth. Two: try to go at night. 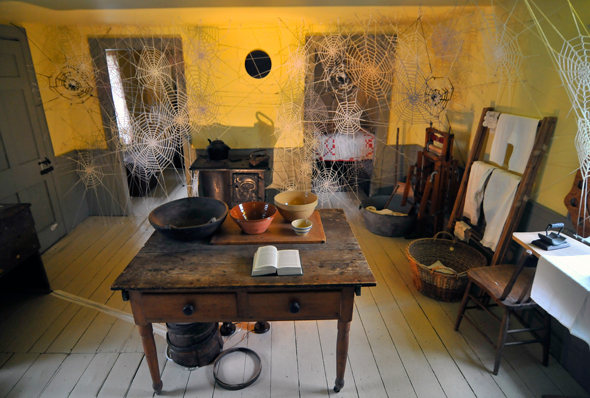 For those not in the know with Markham's cultural centres, the Markham Museum is a 25 acre historical museum with a straight up pioneer village vibe: nearly 30 wooden buildings, barns, and an old train car dot the yard. There's a general store and a blacksmith shop; it's the kind of place couples can get their wedding photos taken or kids can learn how things worked before the iPad. 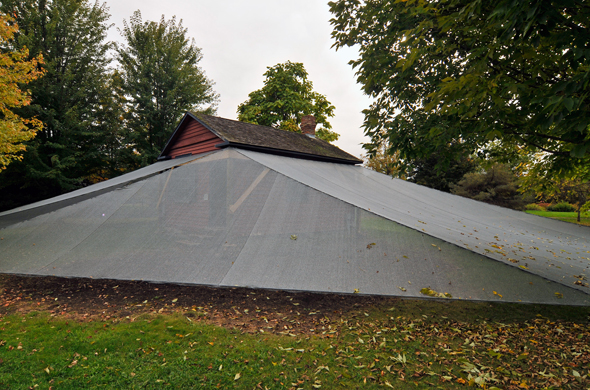 Leona Drive took over a street of soon to be demolished suburban houses, and Land|Slide is a natural progression. Many installations have a playful, tender vibe: as the artists explore the city of Markham and for the idea of the suburbs, there is a guarded love and respect apparent even when the art is at its most critical. In Jennie Suddick's video installation "Stomping Ground," several people talk about their own suburban experiences. "It was so quiet," one woman says. In another room a teen's trashed and graffitied bedroom is installed behind a velvet rope. Every suburban teen knew a kid whose parents let them write "hail Satan" on the walls, right? 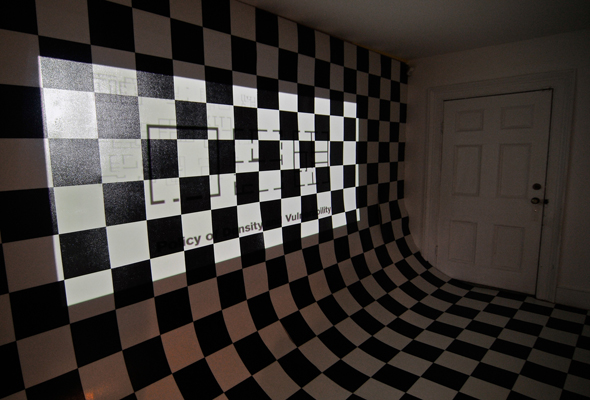 I made it to Land|Slide at night for Burning Down the Suburbs, the first of their film screenings, and I'm glad I did: while most exhibits don't require darkness (though "The Line," projections on a wooden wall of massive Kinnee Barn, does), many were enhanced by the cover of night and its accompanying feeling of ghostly anxiety. Wandering between buildings there is a feeling like the surprise satisfaction of witnessing and relishing an act vandalism. 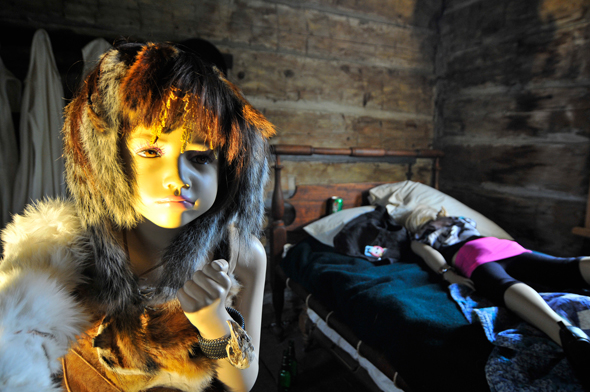 The stand out exhibit for me is Duke and Battersby's "Always Popular; Never Cool", a piece on slut shaming. Within Maxwell House (a log cabin over 150 years old) generation-apocalypse pop songs loop auto tuned boastings of unstoppable parties, while six neon-clad, child-sized mannequins engage with Apple technologies. The wooden table is littered with red plastic cups, and, most disturbingly, one female mannequin lies inert on the cabin bed while a male records her and another girl, covered in furs and performing, ignores them both. It's shocking and poignant without seeming overly moralistic, and I still can't get the images out of my mind. 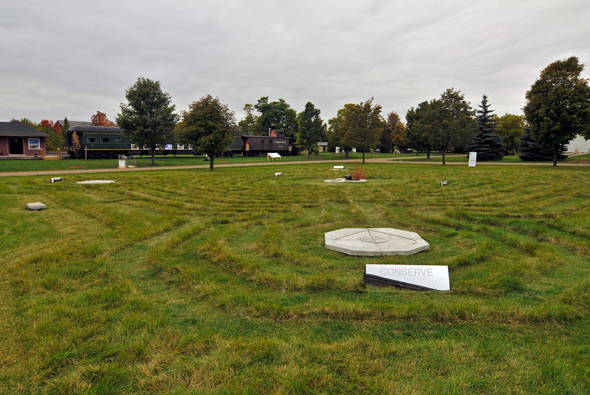 "Markhamaze" is another highlight: a crop circle like maze has been stomped into a huge plot of grass on the grounds. Allyson Mitchell's "Guh Why Low White Ghost Lesbian" is fun and creepy (cobwebs stretch across Chapman House while a ghostly rattle seems about to break through the door), but after reading the exhibit statement, it suddenly becomes one of Land|Slide's most somber works. "Guh Why Low" is Cantonese for "white ghost," and the haunted house installation deals with the themes of colonialism, racism, and homophobia. 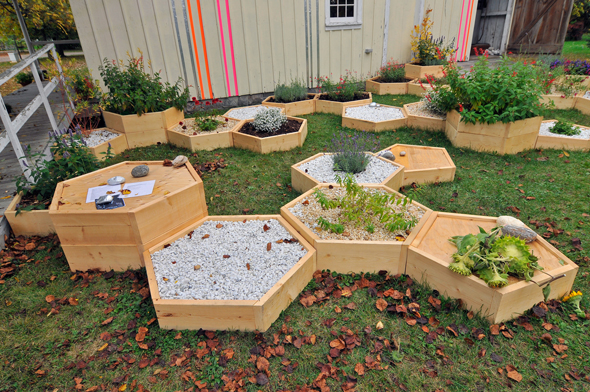 I also felt connected to Honey House takeover "Euphoria's Hiccups." Inside the honey house a collection of audio/visual players show distressing, noisy loops, while outside wooden honey comb-shaped planters are home to calming and healing herbs and other paraphernalia. An attendant explained that artist Deirdre Logue is walking the line between interior trauma and exterior comfort. It might sound saccharine, but it totally works. 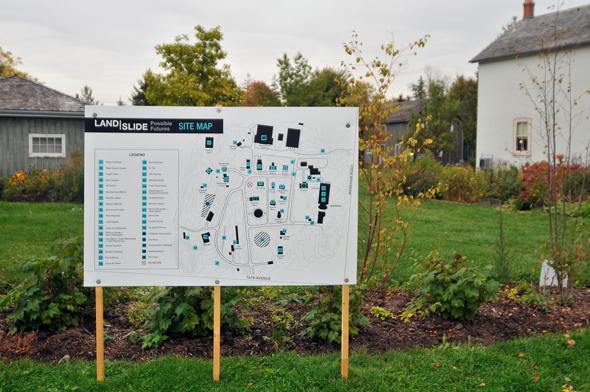 It would be impossible to run through all the exhibits housed on the grounds and in the main building, and it's likely better for viewers to discover favourites on their own. If you're planning to attend, I'd recommend making it to Land|Slide this evening for Clint Enns curated short film screening The Commute, which promises its fair share of road rage: "The commute can be a time for reflection and mediation or it can be a road rage inducing battle for the next open parking space." The bus will get you back in Toronto by 11pm, so you can still make Nuit Blanche. Remember to give yourself at least a couple of hours to explore. 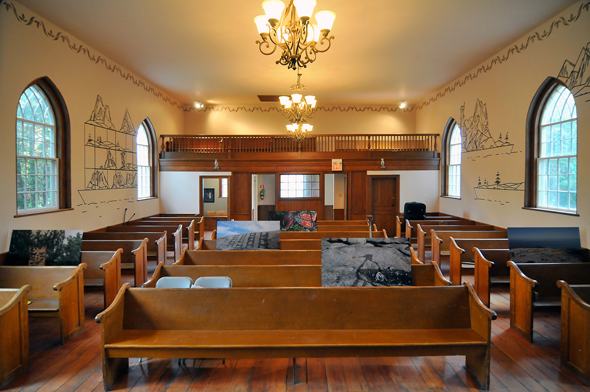 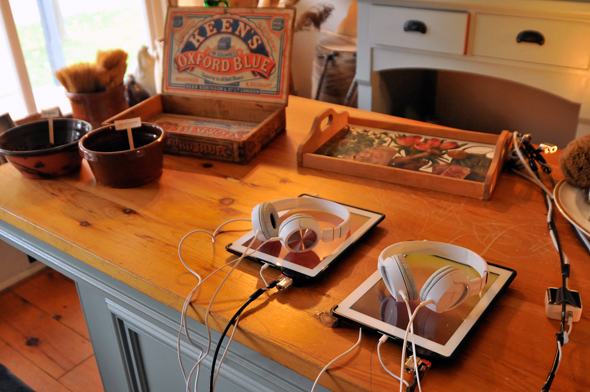 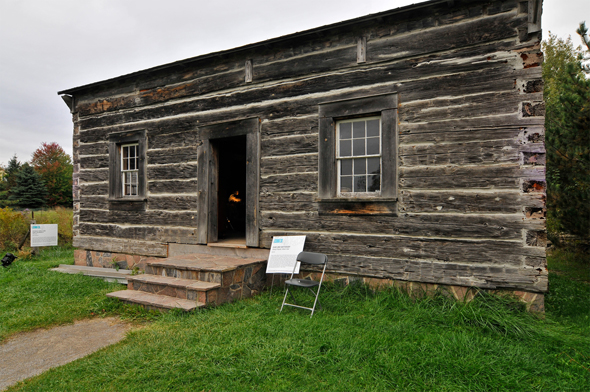 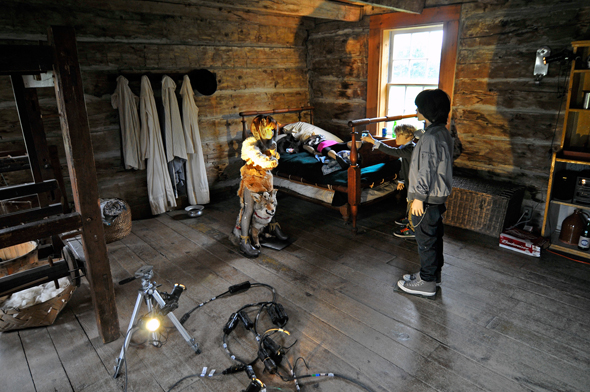 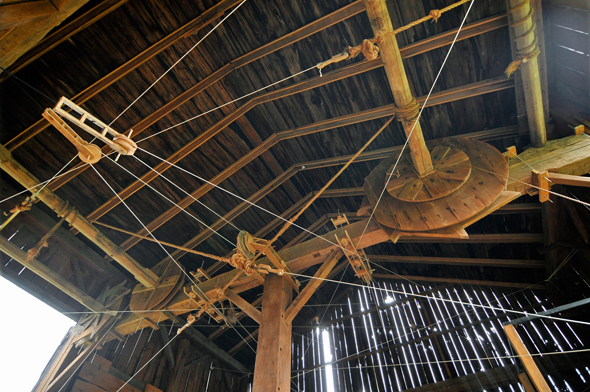 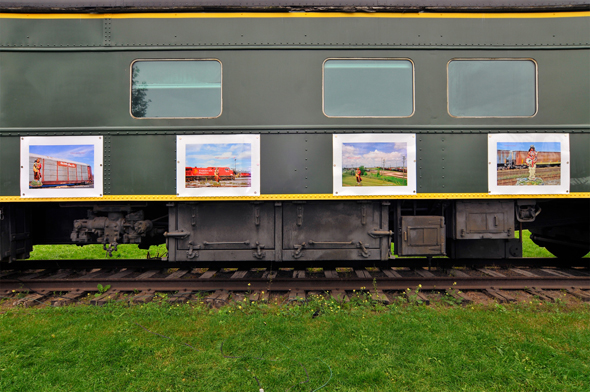