The Daily Dose of Imagery went silent yesterday after a 10 year run as Friday marked the first day since its inception that Toronto photographer Sam Javanrouh didn't post a photo. It's a remarkable achievement for Javanrouh who won awards, gained freelance clients and drew millions of site visitors from around the world who checked in daily to see his often surprising, inspiring and brilliant images most of which were shot in Toronto.

It's not a stretch to say that the Daily Dose of Imagery was one of the most famous so-called photoblogs and helped put Toronto on the map way back when as the photoblog capital of the world (if one could be anointed). On his blog, Javanrouh writes he made the decision last year to wrap things up at the 10 year mark and shift his focus to non-daily postings to his Tumblr and topleftpixel blog. He's also given us something of a parting gift by uploading his entire Daily Dose archive to Flickr where photos can be viewed full screen and in slideshow format.

Yesterday I caught up with Javanrouh and asked him for a brief look back at the last 10 years.

10 years of daily posting is a huge feat. Were there any days you thought you'd break your string?

There were many challenging days. From technical problems to physical fatigue, I faced them all. Technical problems in the first five years were the main challenge. Failing connections, host server being down, no internet cafes on a trip, and dead computer were a few of the problems I had.

Technology got much better over the years, and the fact that I could pre-post when I was away made it much easier. I also had nights when I was too tired and fell asleep, just to wake at 5 in the morning rushing to prepare a post for the day. And then there were times when I couldn't find an interesting photo to post. Those were the hardest.

Now that the run is over, how are you feeling about your decision to end it?

It feels bittersweet. I'm not used to going to bed whenever I feel tired. When you do something everyday for 10 years it becomes a part of you. Yesterday was the first day of no update on ddoi, and that definitely didn't feel right. The fact that I can finally get some rest is good, but when I read so many emails and comments from people who had ddoi as their startup page I feel like I'm letting people and myself down stopping it. Ask me again in a month, I might feel a little better about it then! 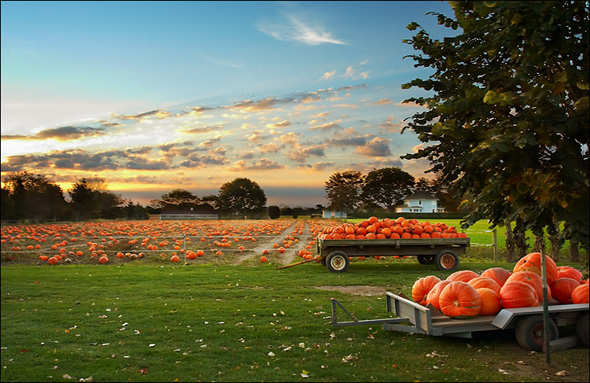 Do you have a favourite photo from the last 10 years?

Choosing just one photo is impossible for me, and I've tried. Also whenever I post a photo I'm done with it, and almost can't look back at them subjectively. I'd like to think I haven't shot my favourite photo yet.

What's the one photo that got the most reader reaction?

There were a bunch of posts that got a lot of attention for different reasons.

Here are a few that I can think of: The Jumping Girl was one of the most successful ones, since it got the attention of good clients. Lightning in Sunset and Pumpkin Field were two of the most popular ones, and also the most stolen ones. A few posts like this one got my site banned in my home country Iran. Sleeping Man and Dog was one of the controversial ones. Downtown Strips was also very popular, partly for my use of Adobe Flash on a photo at the time.

What advice would you give to someone else thinking of starting a daily photo blog?

1. Always have a camera on you.
2. Walk everywhere.
3. Look around everywhere you go. You'll find a photo in most surprising and unexpected places and moments.
4. Say goodbye to sleep.

We can still find you online. Why the move to the Tumblr site?

I wanted to continue posting images and video (not daily), but I wanted them to be bigger and on a platform that's very simple and requires little maintenance. Tumblr felt like the best and most minimal option out there. I also started a WP blog for my other posts related to photography.

Did you agonize over what photo to end it with?

Yes I was going crazy, but later I decided that I'll end it on a much quieter note than I initially imagined. I had a lot of ideas but decided to choose a very simple image. 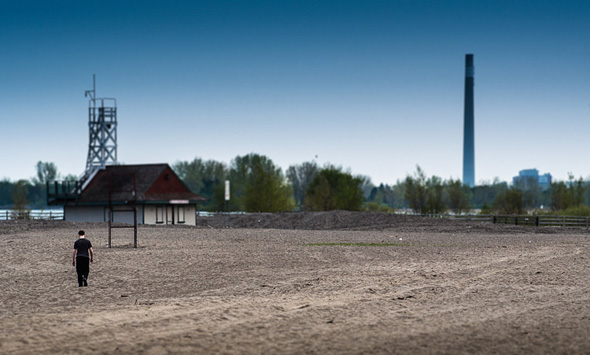 For some of our coverage of Sam Javanrouh and the Daily Dose of Imagery over the last 10 years, check out these two posts for further reading: