On paper it sounds a bit gimmicky or a repeat of U2's stage antics back in the late '90s, but Michel de Broin's giant disco ball (a.k.a. "One Thousand Speculations"), which is lifted above David Pecaut Square each night of the festival, is actually a stunning sight. Almost eight metres in diameter, the ball features 1000 mirrors which fashion a spectacular light show during performances at the Luminato hub.

This, the largest mirror ball in the world (or at least so Luminato claims), debuted in 2009 at Nuit Blanche in Paris. It's the type of public art that achieves that difificult balance between spectacle and intrigue, and is one of the more successful Luminato installations in recent memory. If there's a detractor, however, it's got to be the dude operating the crane from which the ball is suspended 80 feet off the ground. When it's up in the air, he's stuck in his cabin due to safety concerns. Oh well, I'm sure he's paid well enough.

Check out pics of the installation below. 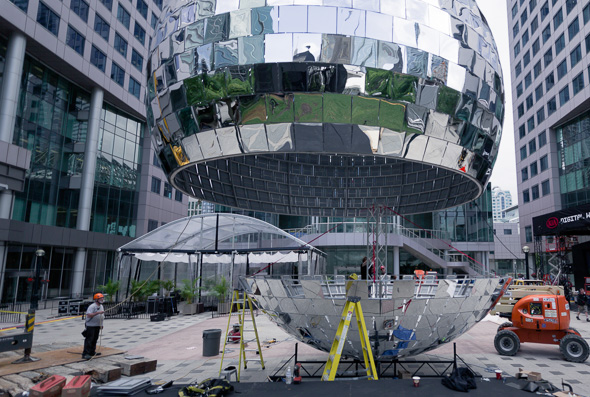 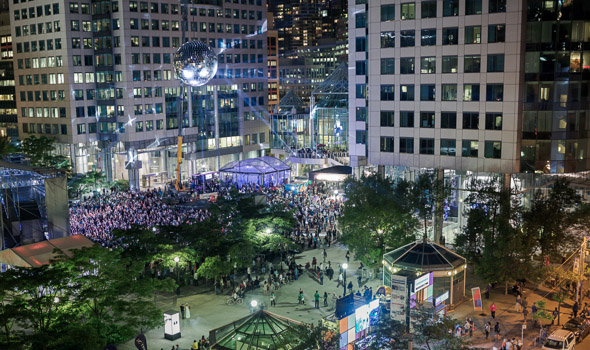 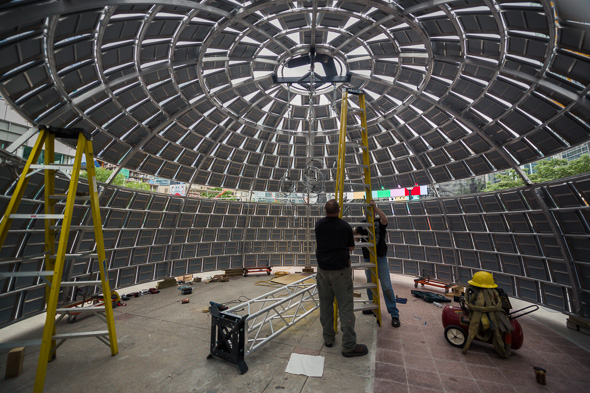 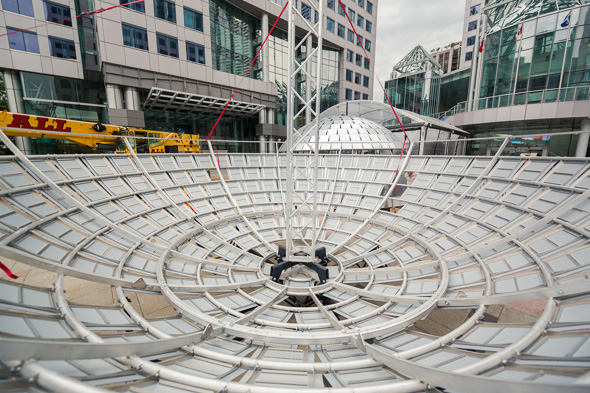 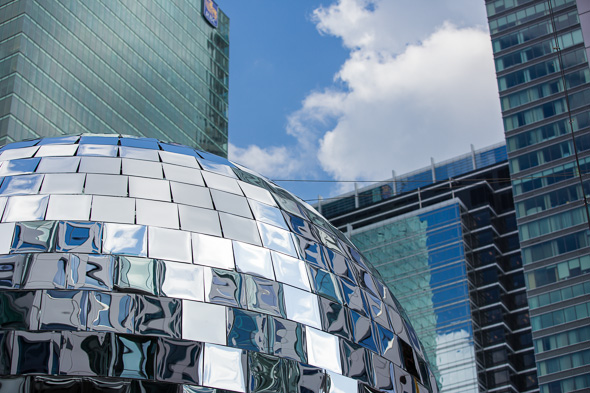 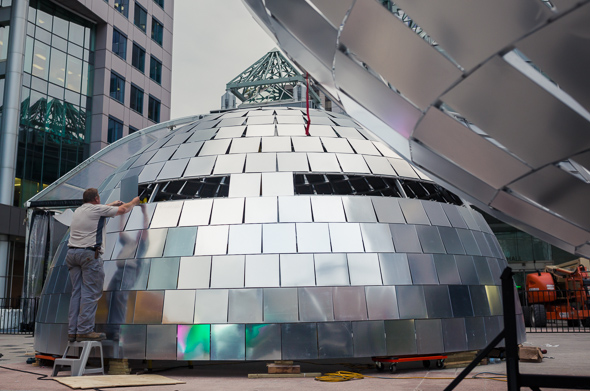 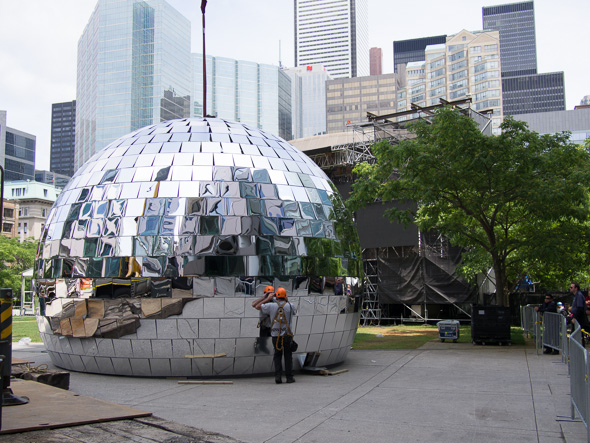