The Beguiling celebrates 25 years with panel of greats

The Beguiling comic book store hosted a talk between graphic novelists Charles Burns, Adrian Tomine and Chris Ware last night at the Bloor Hot Docs Cinema as part of the store's 25th anniversary celebrations. The almost-full house was treated to a thoughtful discussion, moderated by local cartoonist Seth, between the artists, about their motivations and inspirations in their careers, and how they see their occupation now as compared to how they thought it would be when they started their careers. 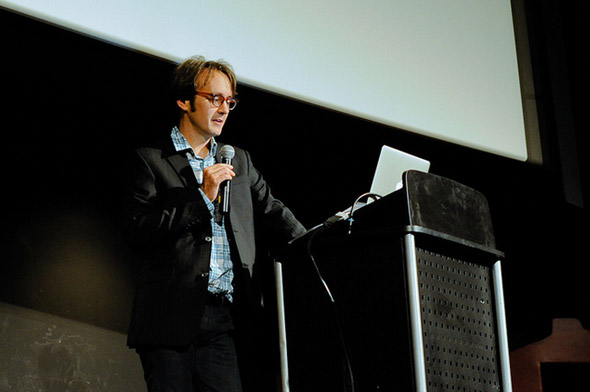 One interesting point was how all three have made frequent contributions to the New Yorker magazine, in large part due to a shared connection to (and respect for) the magazine's cover editor, Francoise Mouly, who worked previously for the influential comic magazine RAW - giving her a unique viewpoint and enthusiasm for cartoon covers. 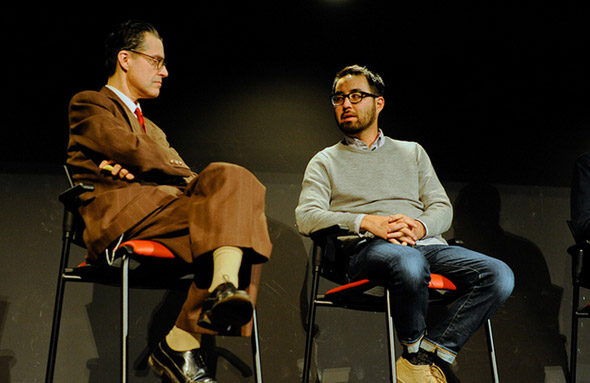 The talk was followed by Burns, Tomine and Ware presenting slideshows of their work and discussing the process involved in creating it, sharing anecdotes along the way. The evening ended with an autograph session, the line for which snaked out into the lobby, leaving no doubt the event was a resounding success. 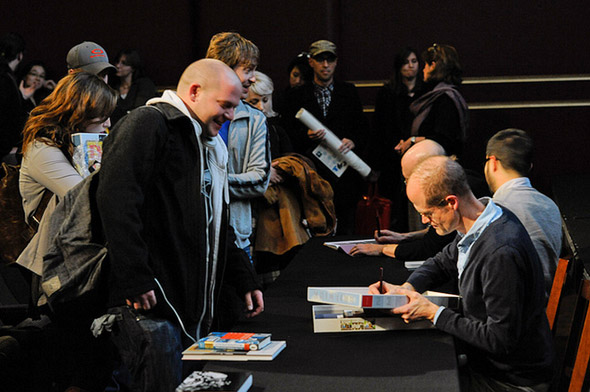