The room is filled with shrunken heads, ancient war clubs, and sculpture of resin bananas with penises inside. Yup, this is definitely Billy Jamieson's collection. Media has gathered at Richies Auction House on the eve of the first official preview for an auction of Billy Jamieson's incredible possessions. The lot is simultaneously beautiful and terrifying, with an elegant Tang Dynasty ceramic figure on one end of the room, and a taxidermy two-headed calf on the other. 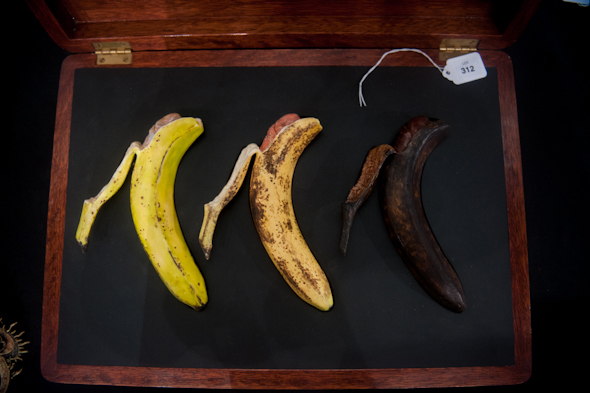 Billy Jamieson was known as one of Canada's foremost dealers and collectors, with an eye for the eccentric and a personality to match. He travelled the world looking for one-of-a-kind antiquities that he could buy and sell, with the leftovers (or the especially beloved) landing in the 6,000-square foot loft/museum he shared with his fiancĂŠe, Jessica Phillips. 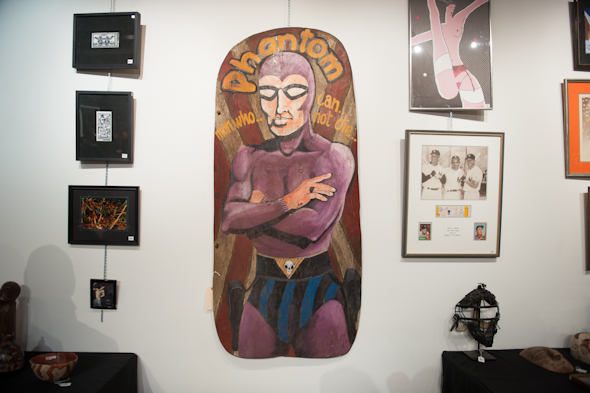 Jamieson was working on the History Television show, Treasure Trader, when he died suddenly in his Wellington Street apartment back in July 2011. Jessica, however, saw to it that the program went to air, and continues to immerse herself in the world of antique trading. And she is the motivating force behind the Billy Jamieson auction this weekend. 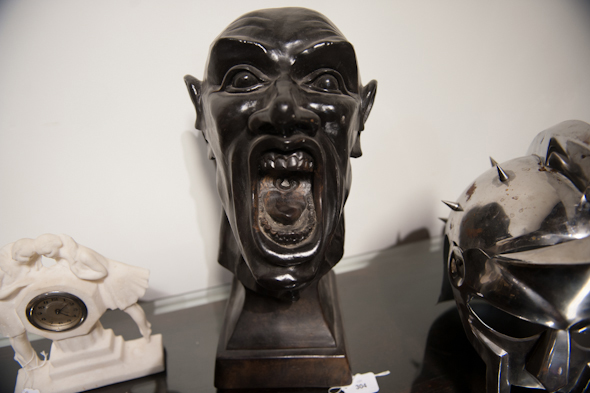 "All of these things meant something to someone," Jessica says when I ask her how she chose which items to put up for auction. "Each one has a story; someone made a remark about it, or was connected to it, or it's just something I think someone else will appreciate." 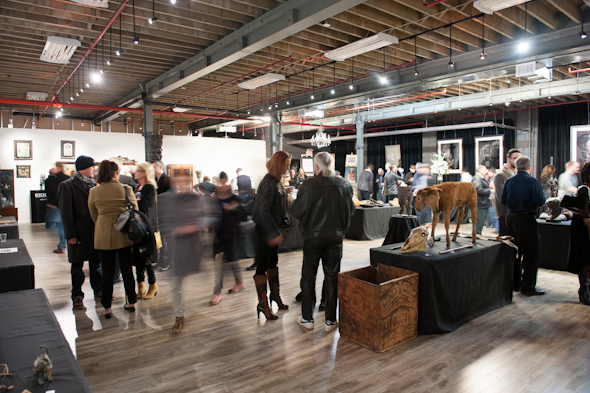 Jessica strikes me as remarkably poised, especially since I can imagine the process would be emotionally draining. "It is hard," she admits. "People keep asking me what my favourite item is, and I don't want to say it because I'm afraid I'm going to pull it off the wall!" 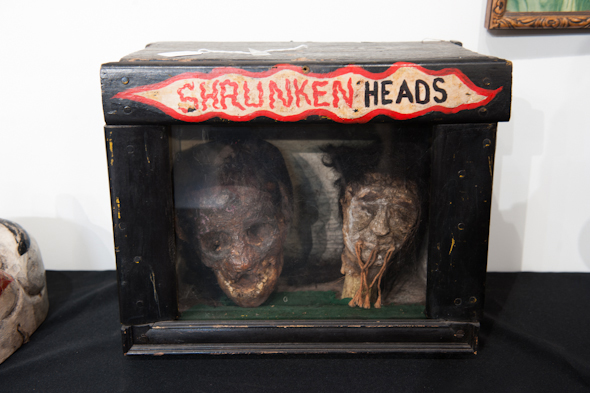 There are definitely a few items going to auction that are garnering a fair degree of attention. There's the 1966 Austin Healey 3000 convertible, for one, which is parked outside the auction hall and somewhat lost in the evening darkness. Inside, the 18th century Ojibwe war club, on the other hand, is getting the attention it deserves, especially for its finer details which include 11 human figures carved on its side, indicating just how many people the owner of the club had killed in war. That piece alone is estimated at somewhere between $125,000 and $140,000. 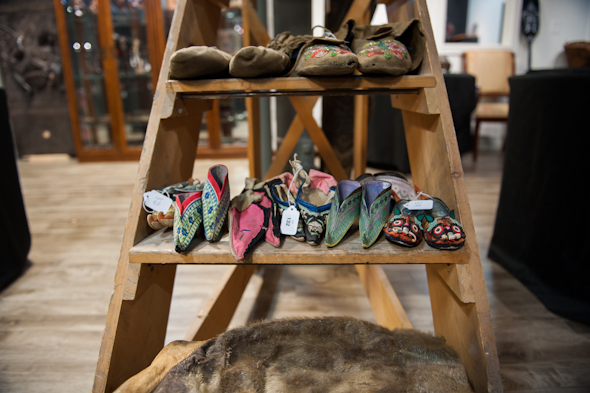 Taking in the sheer volume of collectibles in the room, I discover a few coveted lots of my own, including a collection of 20th century Chinese lotus slippers for bound feet, and a somewhat cringe-inducing gilt bronze miniature bed with a iron mousetrap built into the mattress.

There's also an incredible painted "Phantom" shield from the Western Highland Tribe of New Guinea (estimated at upwards of $8000), plus a framed picture of Mickey Mantle, Yogi Berra and Roger Maris with signed baseball cards and a World Series ticket from 1962. So, really something for everyone. 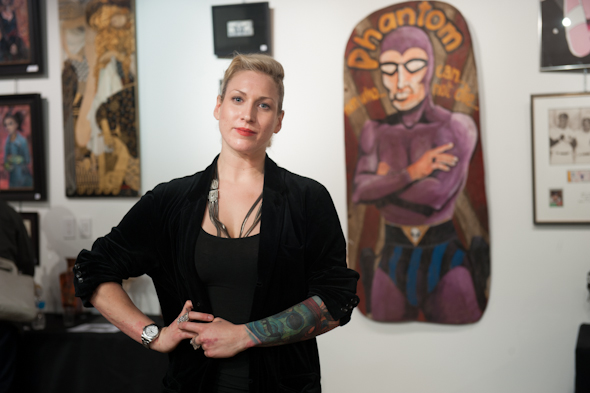 Before leaving I catch up with Jessica and ask her what she's hoping to get out of the weekend. "Really, I think this is going to be great," she says. "I sort of see this as a way of giving people a little bit of Billy, even though it's hard," she continues. "But Billy taught me that you can't really own anything; you just hold it for a little while."