Over the next three days, Art Toronto will take over the Metro Toronto Convention Centre, with 20,000 expected visitors converging to nearly 182,000 square feet of art. Now in its 13th year, Art Toronto is Canada's only international art fair, and is a clear indication of how far Toronto art has progressed on the global stage. Here are five reasons to check it out this weekend. 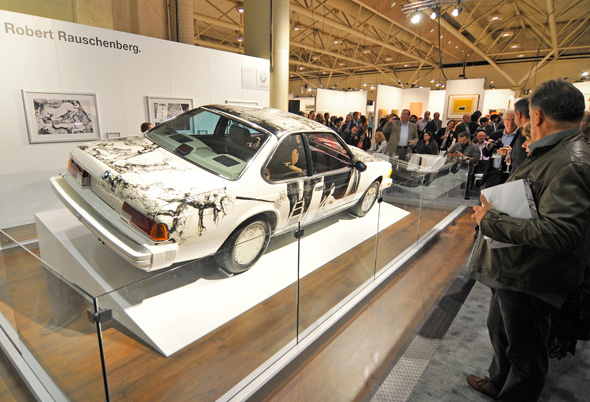 1. The art world is hilarious
The amount of money that circulates at Art Toronto is mind-blowing. Last year's fair saw $15 million change hands, with the most expensive work purchased priced at $500,000. And, of course, with absurd amounts of money comes some genuinely absurd behaviour. Highlights from the opening night preview included watching attendees in evening wear attempt to eat pork chops off a napkin, the completely redundant presence of a "VIP lounge" sponsored by design firm called "Caviar 20," and a woman apologising profusely after moving a glass of water for "breaking" the piece of conceptual art.

The conversations one overhears also provide some fabulous entertainment. There's nothing like hearing people evaluating a $10,000 painting based on how well the colour scheme works with their sitting room.

Granted, I'm basing all this snark on the $200 a ticket opening night preview (gotta love those press passes). General admission tickets are $20, and groups, students, and seniors get in for $14. It'll be a far different ball game during the weekend, when viewers can explore the staggering amount of work on display without interrupting anyone's attempt to "network." Which brings me to my next point... 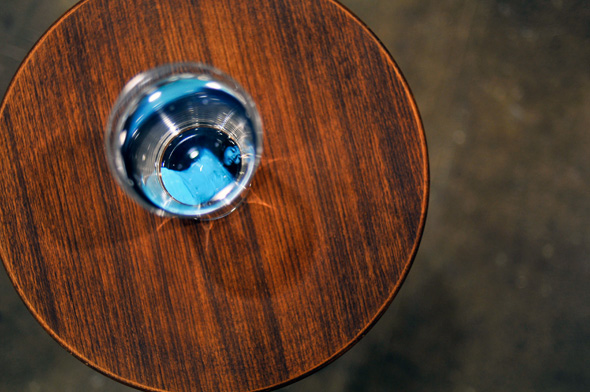 2. There's legitimately great art on display
Representing the best of Toronto's artistic output, the fair provides an unparalleled opportunity to get acquainted with some truly compelling local art. Major established galleries such as Nicholas Metivier, Angell Gallery, Olga Korper, Jessica Bradley, as well as newer spaces such as Narwhal Art Projects, MKG 127, and Neubacher Shor Contemporary are all showing wares, and with gallery representatives present, it's a fantastic way to learn more about the art community. Likewise, hugely influential artists like Kent Monkman, Evan Penny, and Suzy Lake are here shown alongside local darlings Team Macho and Alex McLeod. 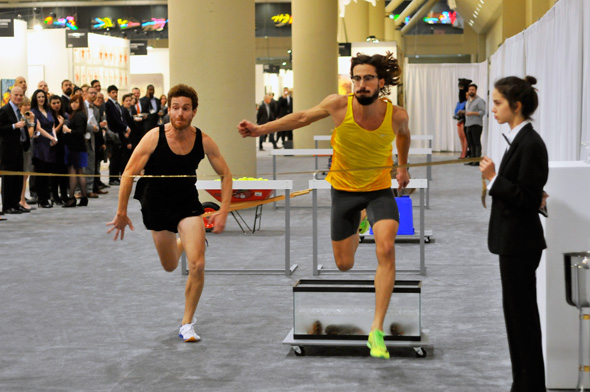 3. It's not just about buying
Even if you can't shell out $20,000 on a painting, the fair provides some wonderful entertainment. Artists Tibi Tibi Neuspiel and Geoffrey Pugen, who will be re-enacting their Tie Break performance from last year's Nuit Blanche throughout the weekend, treated an opening night gala audience of confused onlookers to a preliminary hurdle competition, jumping obstacles that included taxidermied raccoons, stacks of Pringles cans, and a tank of live lobsters. It made for a much-needed dose of absurdity during the otherwise staid event.

Likewise, there are several installation and video pieces presented during the fair, including Taylor Kuffner's "the Gamelatron," the world's first and only fully robotic gamelan orchestra, as well as free talks and tours, including a special edition of the Power Plant's series "Power Talks," which for Art Toronto will include curators from China, Paris, and Vancouver. 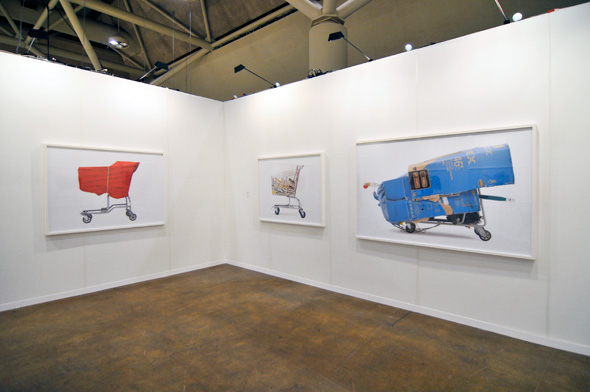 4. You'll get to discover international artists and galleries

Fittingly, this year Art Toronto has a theme of FOCUS ASIA, and deals with the rising international influence of Asian contemporary artists, while the fair's flagship exhibition is somewhat contradictory titled "Beyond Geography."

With 23 countries participating, Art Toronto provides an amazing opportunity to see work you'd never have a chance to otherwise. Galleries from countries such as India, Argentina, Portugal, Romania, and Cuba made the trip to show their wares, and its wonderful to views the diversity of their presentations. A particular standout was Japan's MA2 gallery, whose aforementioned water glass piece was incredibly moving, once you realized that each glass concealed video works projected from underneath. 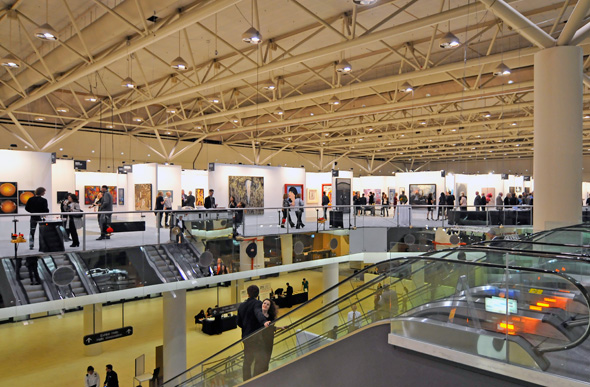 5. Toronto is now becoming a major player on the international art scene
It's genuinely satisfying to see how well Toronto stacks up on the world scene. Whether its new money, increased immigration, or simply greater local support of the arts, Toronto art community is finally receiving global attention, and the work we're showing is clearly deserving of it.