Two local companies, Bizmedia and Playground, recently hired Lee's Palace mural designer Al Runt to paint their office. And now you can, too!

Earlier this year, the two firms commissioned to Runt paint a part of their shared office space near Adelaide and Spadina after one of the Bizmedia employees salvaged a piece of the old Lee's Palace mural in a dumpster behind the venue. Not satisfied in merely owning a two-hundred-and-fifty pound amalgamation of concrete, copper wire, stucco, and paint bearing Runt's twisted creations, they brought him in to paint something new.

In fact, their office space is becoming a sort of informal gallery of Toronto street artists. Fellow Toronto artist Mike Parsons (Hey Apathy) had earlier been contracted to paint part of a wall.

So what does it cost to convince Runt to paint an office, apartment, or other type of space? The column Runt painted for Bizmedia and Playground took the artist a whole week of on-and-off work. Ryan Bannon, Playground's Creative Director, would only reveal that it cost "More than a case of beer, less than a car." For a more detailed quote, it's best to contact Runt himself (runtster2001@yahoo.com). Oh, and check out the results in the video above as well as the photos scattered through this post. What do you think of the work? 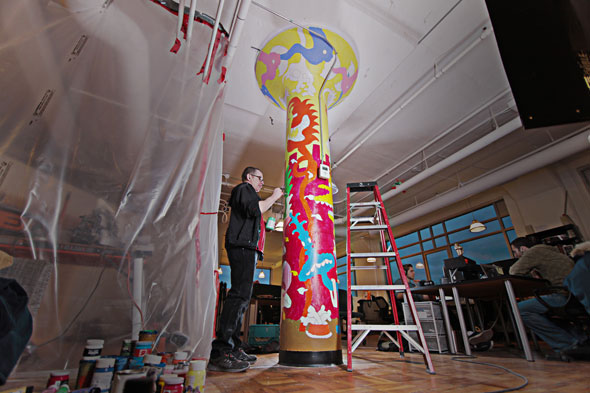 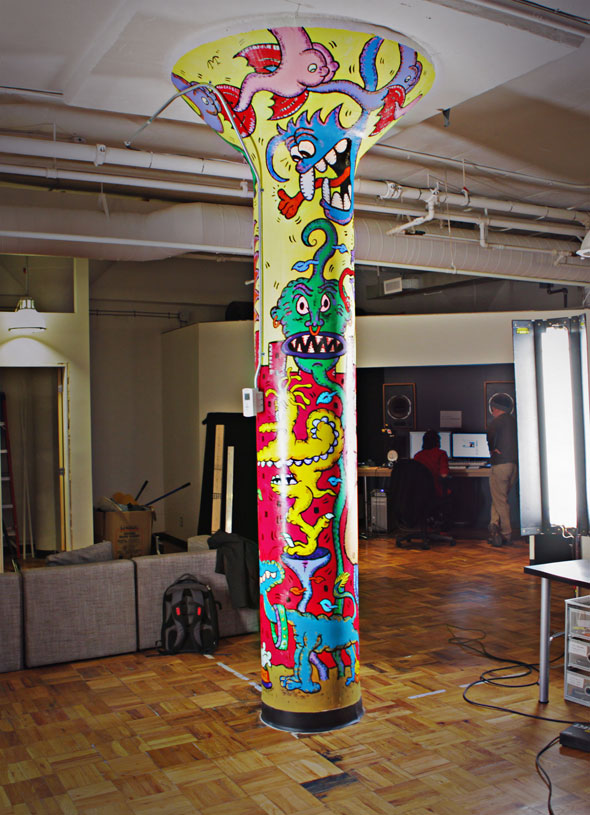