If there were standardized criteria for what makes for good street art, this impromptu update to Astral's much-criticized info pillars would probably win on all levels. Spotted near College and Bathurst by Scott Snider on his way to the No Pants Subway Ride (more on that tomorrow), the ad-heavy pillar now sports chalkboards on either side that invite those walking by to add some, well, info to this little bit of street furniture.

So about that criteria. Not only is this intervention ultimately removable (and thus not pure vandalism per se), but it's also a subtle political critique and interactive in nature. Given how much activity had been recorded when Scott stopped by this afternoon, I'd tentatively say it's a hit with the public as well. 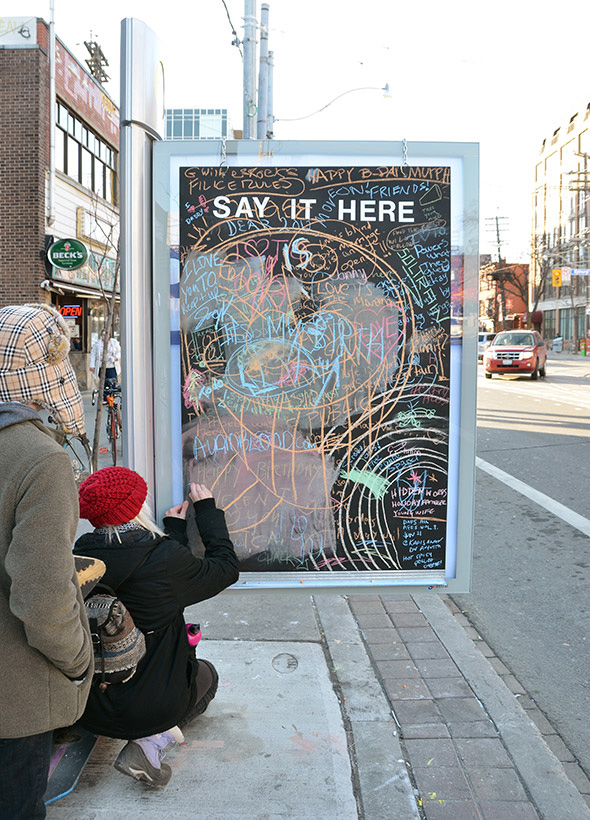 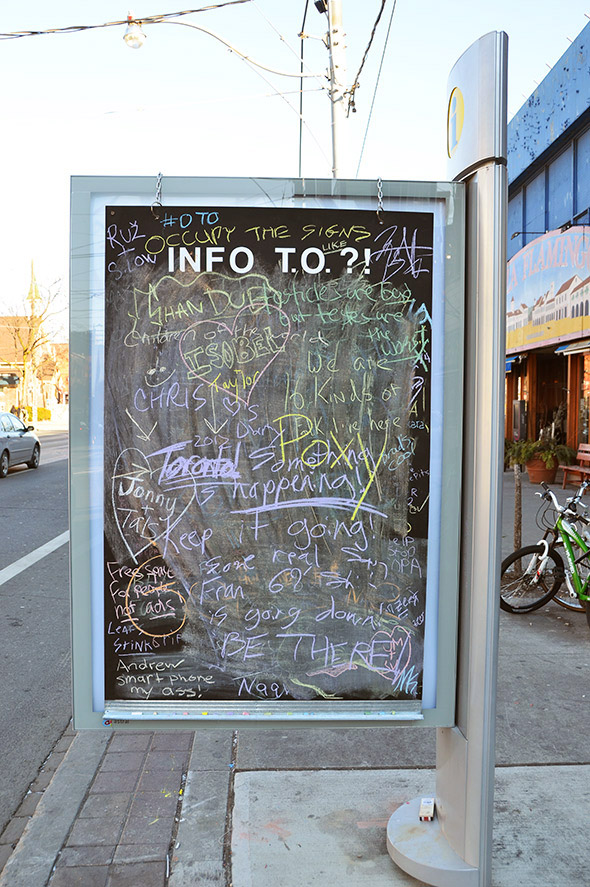 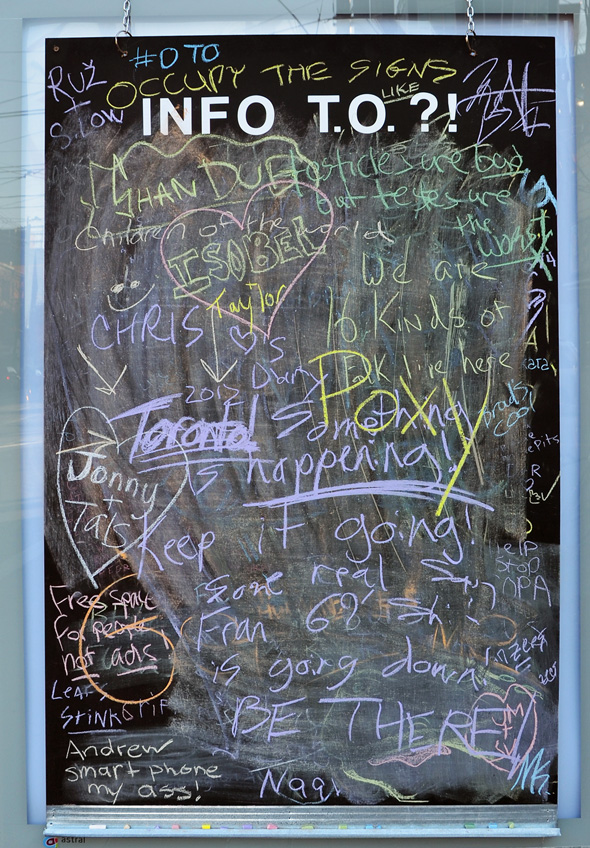