Miyavi gets reacquainted with Toronto at the Phoenix

With just his drummer and his guitars, Japanese musician Miyavi rocked the Phoenix Concert Theatre Sunday night for his only Canadian stop in his "What's My Name?" world tour.

Miyavi began his career as an indies guitarist for a visual kei band. Even then, his eclectic and unique style of guitar playing was recognized, and it has allowed him to launch a successful solo career as a singer/guitarist after the band's dissolution. Over the years, his music has evolved as much as his looks have. After an era of kabuki-infused rock and another in funk-inspired pop, the direction of his new album is surprisingly stripped down. "I wanted to focus on my guitar style and introduce myself to the world," Miyavi told me in an interview. "I wanted to ask the world whether or not they knew my name." 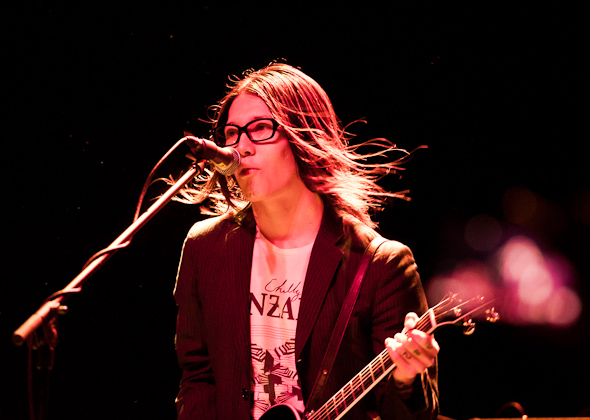 The adoring crowd of about 800 certainly did. They chanted Miyavi's name until he got on stage, and screamed it at every opportunity. To the performer's delight, one fan even presented him with a Canadian flag that had his name emblazoned across the maple leaf. "It doesn't matter where you're born," he told the crowd, "through music, we can be as one." 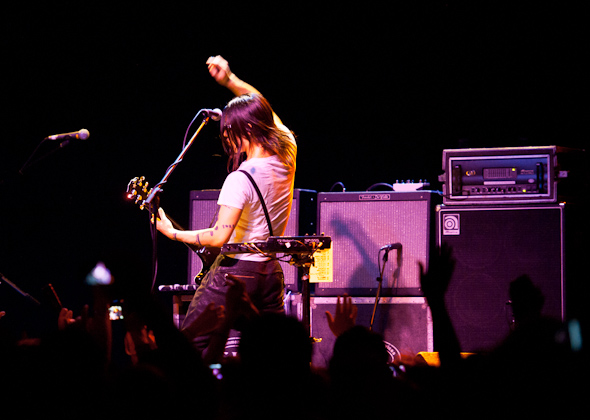 This was Miyavi's second time playing in Toronto, and third time touring North America. "It's hard to make it happen," he said. "I'm really happy, because I really wanted to have a show here. Of course I can come here by myself any time, but it's different with a tour. I need help. The more the people come [to my shows], the more cities I can go to. I want many people to listen to my music, so I need to make better music, music where people can feel stronger in their lives."

Miyavi's English is accented, but surprisingly fluent. It turns out that he spent two years in the United States studying English and dance. During this time, he played on the streets of LA, and immersed himself in blues guitar. "I want to keep improving till I die, so that I can die with a smile. I want to spend every day achieving something new. There is no end - I want to keep moving forward." 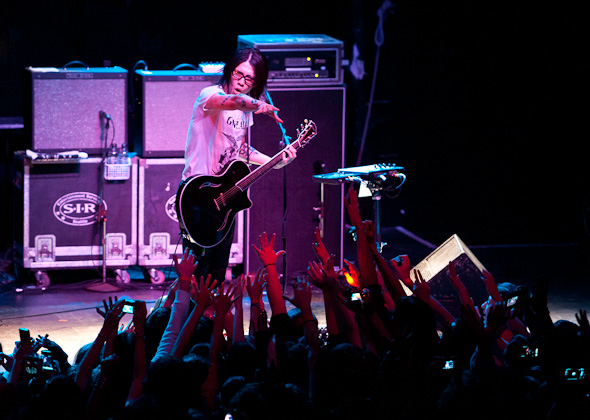 Moving forward is precisely why Miyavi's guitar style is so hard to describe. It incorporates different styles from years of practice and experimentation, and it is a combination of shreds, fingerpicking and slides, and the kind of slapping normally seen on a bass. It's definitely fun to watch, and he knows how to make a spectacle â at one point heaving his Taylor T5 onto his shoulders to play it backwards while dancing.

While he spent the majority of the night playing songs from his new album, Miyavi acknowledged that some of his fans have followed his career since his days as an independent. He launched into a familiar ballad sung in Japanese that these hardcore followers knew word for word. 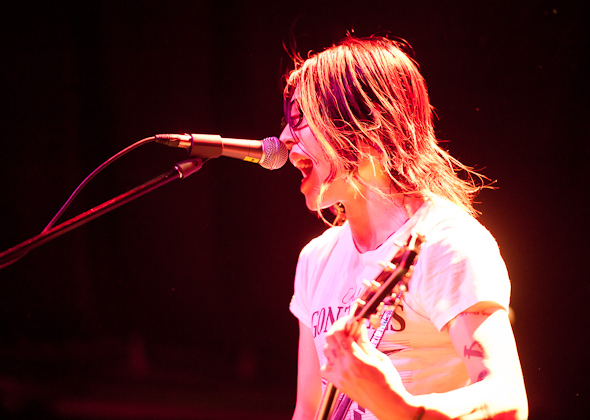 Miyavi's drummer, Bobo, was equally entertaining and played through the concert in his boxer shorts. There were times in between sets where the two of them would play riffs and jam, clearly having fun with just their music. Their chemistry made the concert and intimate experience.

Having played in venues all over the world, I asked Miyavi whether he preferred the smaller concert halls like the one in Toronto or the sold-out stadiums he plays at in Japan.

"It doesn't matter," he replied, "Big or small, my fans' enthusiasm is the same â they're powerful and passionate. Here, Japan, Venice Beach or Santa Monaco, it doesn't matter. I play and I rock; that's it." 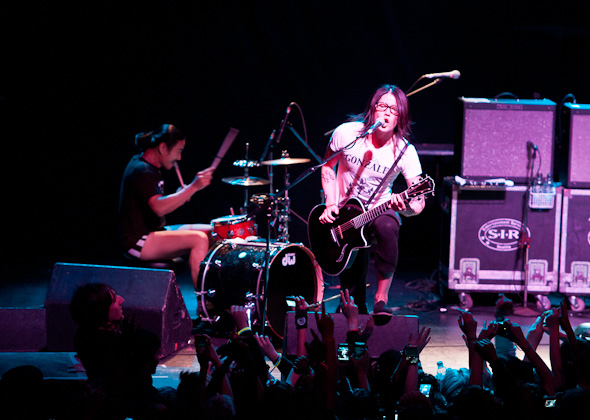 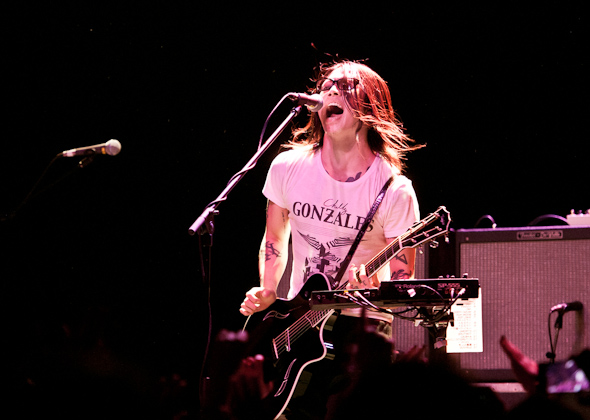 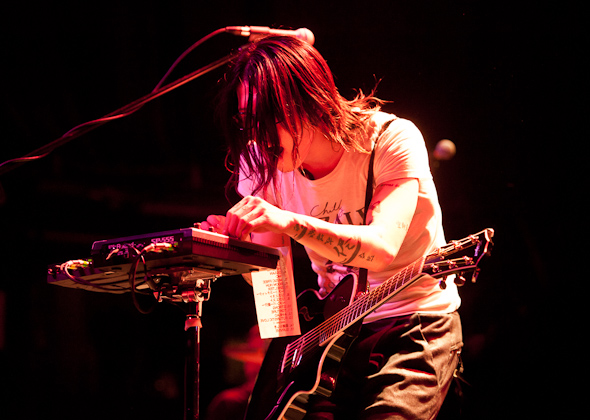