Few artists dare to compete with a museum full of shoes. This Nuit Blanche, the Canadian Film Centre will do just that, filling the Bata Shoe Museum's halls with Technological Displacement. To commemorate Marshall McLuhan's 100th birthday, the CFC's media lab will display five projects that use digital, screen-based technology to explore McLuhan's theory of the global village.

The first station is an interactive story-game called The Quetzal, which invites audience members to control a 2D and 3D narrative - with their brainwaves. Using EEG technology, the user moves the story forward by either focus or meditating on cue. Though admittedly the story itself could easily be the plot of the next Legend of Zelda, the mind-control factor makes it more than worthwhile. 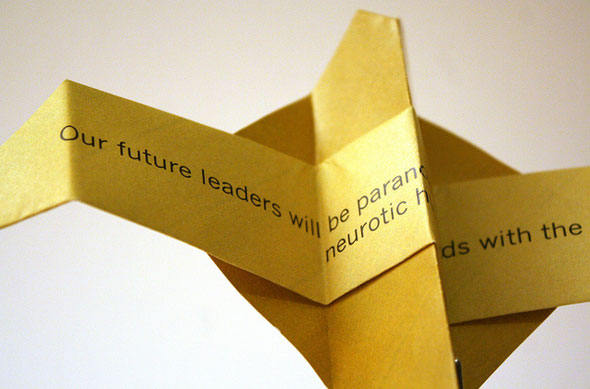 Shifting towards social media, tweet2hold asks participants to share a secret on Twitter. The tweets are sent to the Maritimes, where a system called Lymbix uses an algorithm to decode their emotional content. Once they're categorized, the tweets are printed and folded into colour-coded origami birds based on their emotional tone. "No one sends birthday cards anymore, but you can't keep a drawer full of texts," explains Dylan Reibling, one of the project's creators. "So we wanted to create physical, tangible manifestations of digital material." 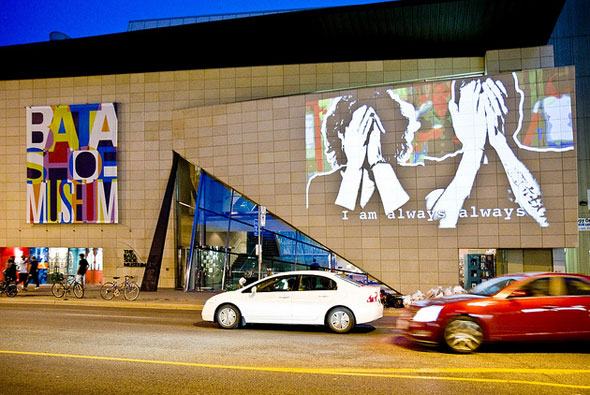 Onto the Blackberry Playbooks, Alone Together is an art application about how people exist -or don't- together. Users are invited to combine words and images Ă la magnetic poetry, which are then displayed on the outer wall of the Bata Shoe Museum. Playbook users can also enjoy Cats Breaking Antiques, a tongue-in-cheek interactive app where you guide a cartoon cat through the old world of typewriters and corded phones. 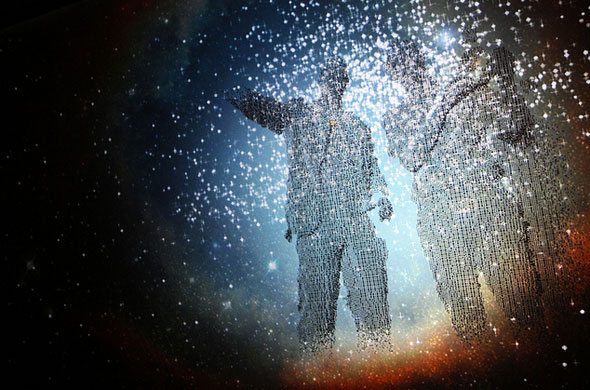 Last, don't miss Heart of Stars, a chance to indulge all your narcissistic sci-fi fantasies by seeing yourself pixilated in space. The exhibit uses Microsoft Kinect and infrared technology to project a full body puppet avatar of the user, which is composed of tiny dots of light. "The idea is that you're a shadow in space," explains co-creator Vanessa Shaver. "Stars are born and attracted to you. They want to play with you." As you move, the star particles move in response, altering their behavior in accordance with the speed and intensity of your movements. Shaver hopes the technology, which records motion capture data, will someday be useful for animation or special effects. "I saw a lot of beauty in raw data," she says. "That, and Xbox games."

Technological Displacement will run from 7pm to 7am today at the Bata Shoe Museum, 327 Bloor St. West.