As someone who loves old photos of Toronto, I'm always fascinated by the work of photographers who put together "Then and Now" remixes of the city. Whether composed of photos within photos Ă la Erik Mauer or via the merging of two images in Photoshop, the results can be stunning. The work of Alden Cudanin is certainly a case in point. Not only does he choose intriguing scenes through which to mix the past with the present, but the resulting mashups are often remarkably seamless. Having been a fan of his posts on Spacing Toronto for a while, I decided to ask him a little bit about the project.

What inspired you to start making these images?

The ingredients to creating a "Then and Now" remix is simple. First, you have to have an appreciation for Toronto the city, its history and also have a willingness to explore its past in its present form. Inspirations like Jeff Low and his Toronto Then and Now Collection as well as the Flickr group "Looking into the Past" also played a role.

You have to have a good resource for past photos. A big shout out to the Toronto Archives for providing the historical onlookers of this city a great online resource. Their online search engine for historical pictures is by far the city's best move towards keeping our visual history alive. 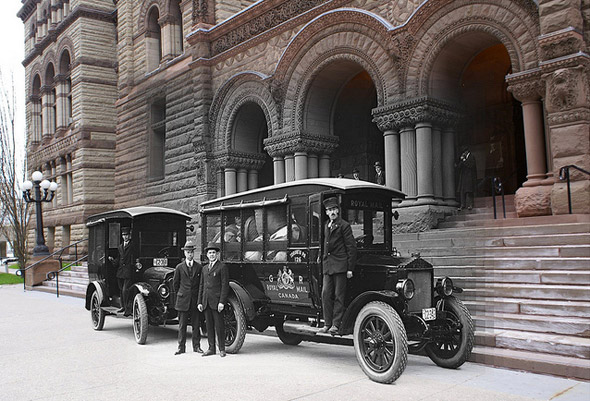 How exactly do you do it?

Well, you need a digital camera. Any camera will do, it doesn't have to be fancy. Just be sure to have enough space on your memory card and a charged battery.

Next, take the picture. I try to find the exact place the photographer was standing when the "then" picture was taken and the I shoot away. The closer the match, the better the end result.

And finally the Photoshoping. The one thing I was able to take with me from the CW Jefferys CI Art Program of the mid 90s was the concept of layering. Most "Then and Now" remixes consists of several layers of the historical photo at different levels of transparency leaving some depth within the blend. 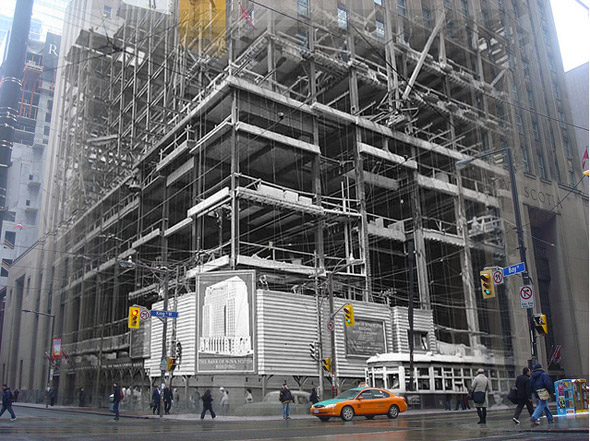 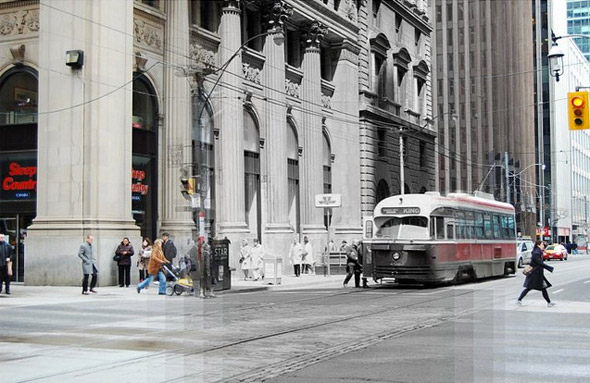 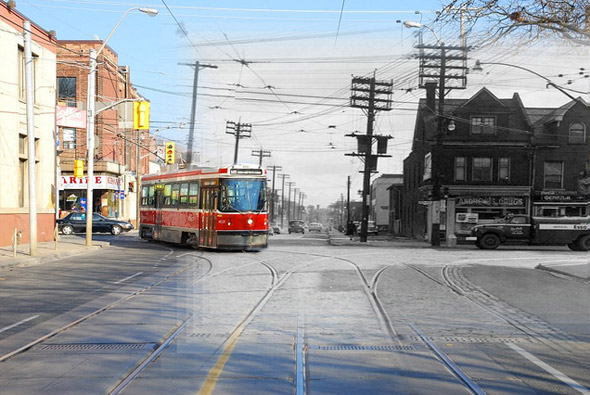 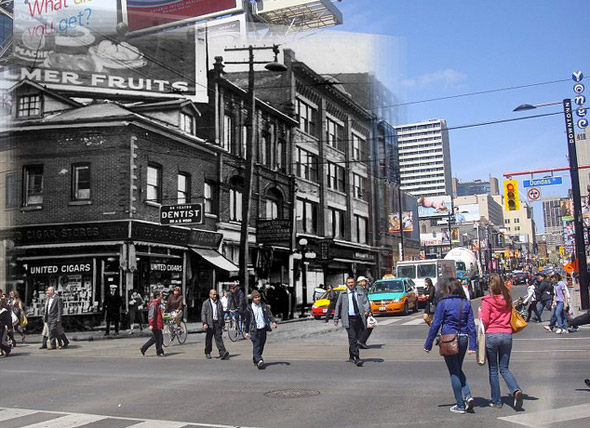 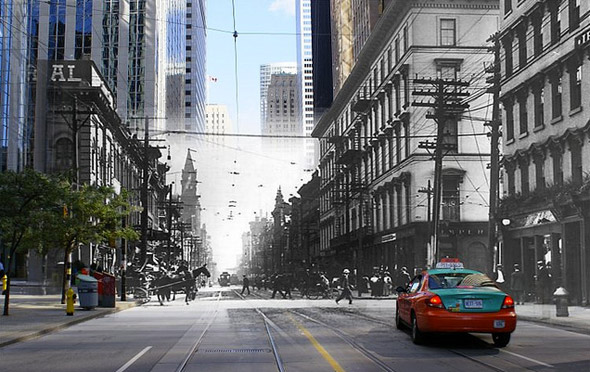 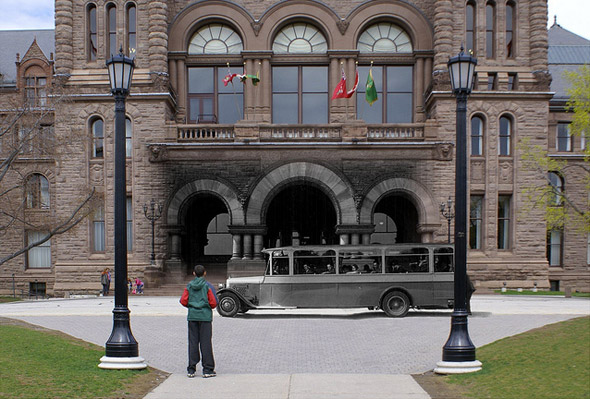 University Avenue and the Armouries: 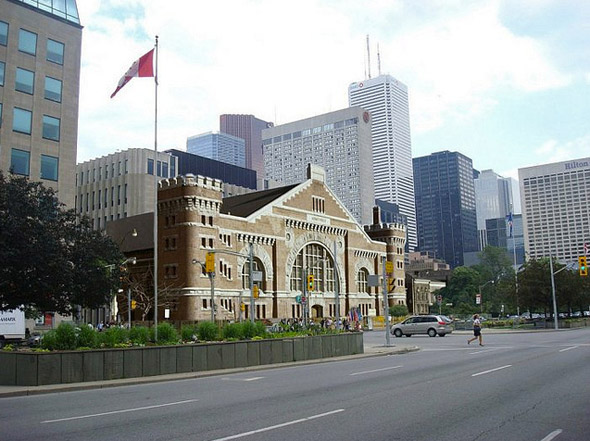 For more "Then and Now" photos and some visual insight into the process, check out Cudanin's Flickr stream. And to see some of the work in person, his exhibit "Arches" will be up at the Rivoli until September 3rd.