Toronto man wants to be friends with Jennifer Hudson

Evan Tyler is giving himself one year to become friends with Jennifer Hudson. He says he knows little of her work, nor does he follow the details of Jennifer's personal life. But after watching her as "Louise" in Sex and the City in 2008, Tyler says he had a "strong intuitive feeling" that he and Jennifer were destined to be best friends.

So Tyler, a Regina native now living in Toronto, has decided to embark upon a yearlong journey to make this new special friendship happen. Now one month in, Tyler hosted a lemonade sale this past weekend to raise funds to "buy nice clothes and fly back and forth between Toronto and Chicago," so I stopped bu gallerywest in Parkdale to see, frankly, if this was all actually for real. 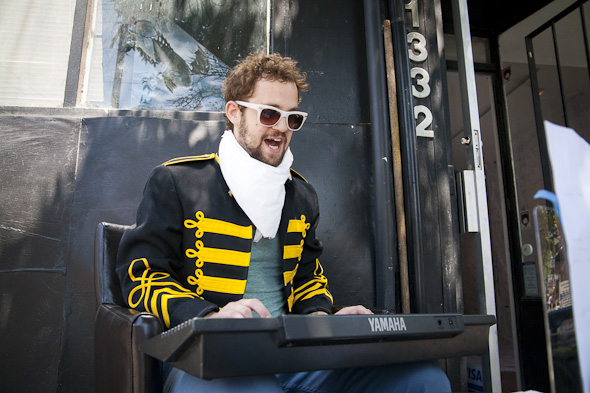 "I realize Louise is a fictional character," Tyler tells me between songs outside of the Parkdale gallery. "But I just got the feeling that Jennifer was a really nice person."

"This isn't about anything romantic," he continues. "I just really think we would be best buds."

If, by any chance, John Hamm is reading this--I think you and I would be best buds too.

Tyler definitely strikes me as the eccentric type, wearing some sort of white plastic bag as a scarf and bellowing his heart out to curious passersby. But his friends by his side give conviction to his claim, and I can help but really believe he's just after a new friend. 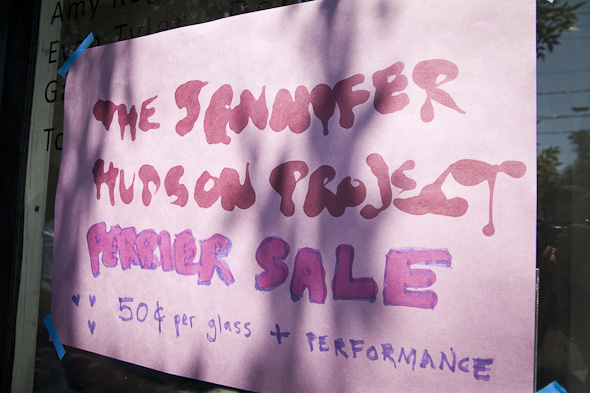 "I'm not interested in cross the line of stalking," he says. "I just want to get her attention through the blog."

Tyler's blog presently consists of a video of his mandate, one of a statement outside gallerywest, and another of him reading a letter through a long paper tube. But he tells me he will soon be posting remixes of Jennifer's songs each week, and asks if I want to hear one now.

Did he really need to ask? He sets a beat on his keyboard, and delivers a funky rendition of "All Dressed Up In Love." 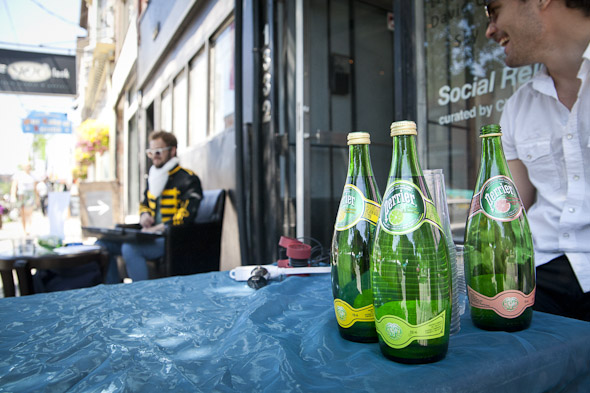 So what happens, I ask Tyler after the song, if a year goes by and Jennifer has still not realized their potential for an awesome friendship?

"Well, she will be the author of that," he says. "If it doesn't happen, I'll just give it up and devote myself to something else." 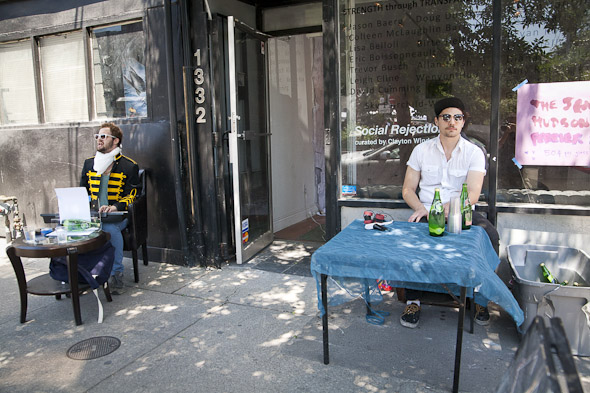