Bryan Espiritu of TheLegendsLeague celebrated not only his 30th birthday, but also his first solo art opening inside The Glass Factory at 99 Sudbury on Friday night.

Having grown up in a toxic mixture of abuse, mental health issues, legal trouble and psychiatric care, Bryan Espiritu exhibited 56 digital and mixed media pieces on the loss of childhood innocence and the over-exposure to the cruel elements of an adult world. Here's hoping that Micky Mouse and his friends at Disney missed the opening...I don't think they'd like being portrayed in such a creepy light.

Having heard the man of the hour could be found wearing a LegendsLeague hat, it quickly became apparent that half the crowd was decked out in LL wear. 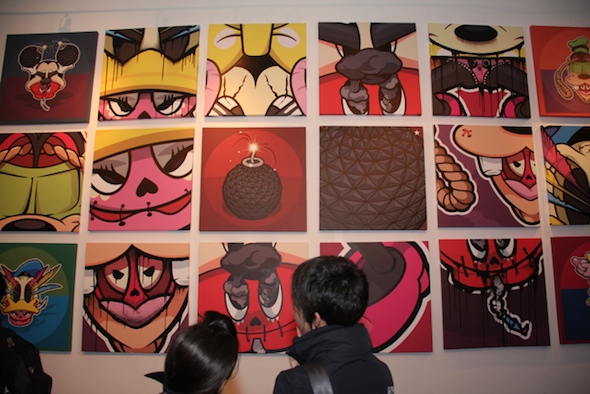 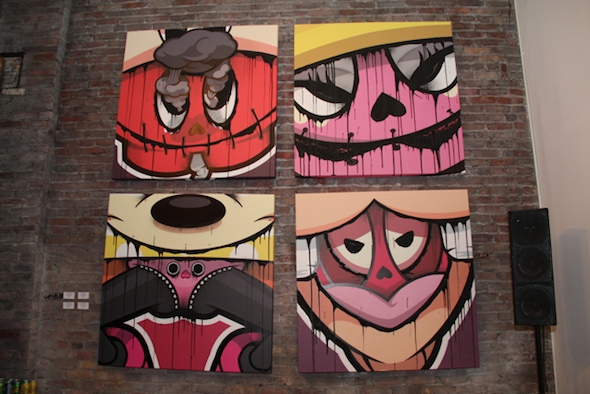 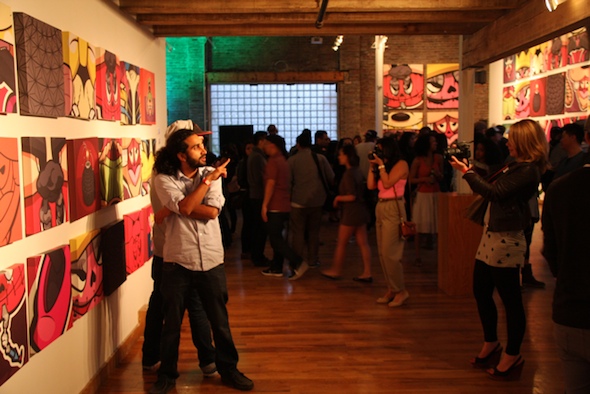 Writing and photos by Jess Watt.