This week it's a whole lot more from the CONTACT Festival and a bonus show for those who are getting tired of photography.

Marie-Jeanne Musiol at Prefix from May 5 - July 23 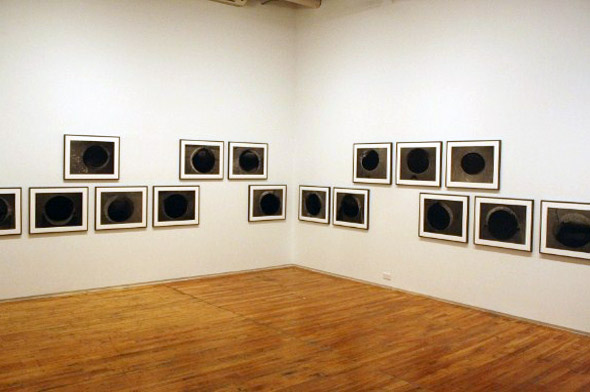 Marie-Jeanne Musiol at Prefix. she's been examining the Nazi death camps in stark silver prints for years. In this instance, she photographs the women's toilets in a move that seems vaguely inspired by Terence de Pres account of the scatological degradation of inmates in his book, "The Survivor: An Anatomy of Life in the Death Camps." It features several dozen 'portraits' of the holes used as toilets. There's an overall grayness with the occasional accidental smudge of colour, largely thanks to rust. While the bleakness of such work is a given, I'm not at all sure the way it has been installed works to its benefit. The images, hung at face level and below, invite personalization but rob the work of its larger brutality. If it had only been one or two images, it would have been a peekaboo into hell. Instead, with it expansively rounding the walls, it comes off like the cluttered and incoherent assemblage by an obsessive collector with no sense of design.

Infinitely less serious, and far more successful, is Tori Foster's show at WARC. It concentrates on movement in Toronto and employs a few different strategies to try and capture it. Video of pedestrian and train activity in the subway is superimposed in layers to create a dense and ghostly tracing of activity. But the really intriguing part of the show is her 'movement portraits'. There's a fascinating kind of inversion process at play where the normally static background becomes a strong and blurry abstraction and the foreground only a series of crystallized movements. Long horiztontals dominate these works which manage to capture the jagged movements of pedestrians set against apparently abstract bands of colour. 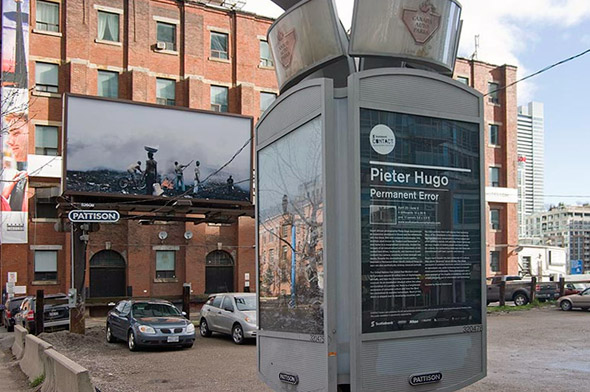 Of course, you don't need to go to a gallery to see something. The festival has been sure to use some of the city's billboard space to highlight a few of major photographers out there. Among them is South Africa's great documentary photographer Pieter Hugo. Over the years he has, with great evocative power and sensitivity, captured images from things as diverse as the film sets of Nollywood and the Rwandan genocide. You can find his work at Spadina and Front streets. 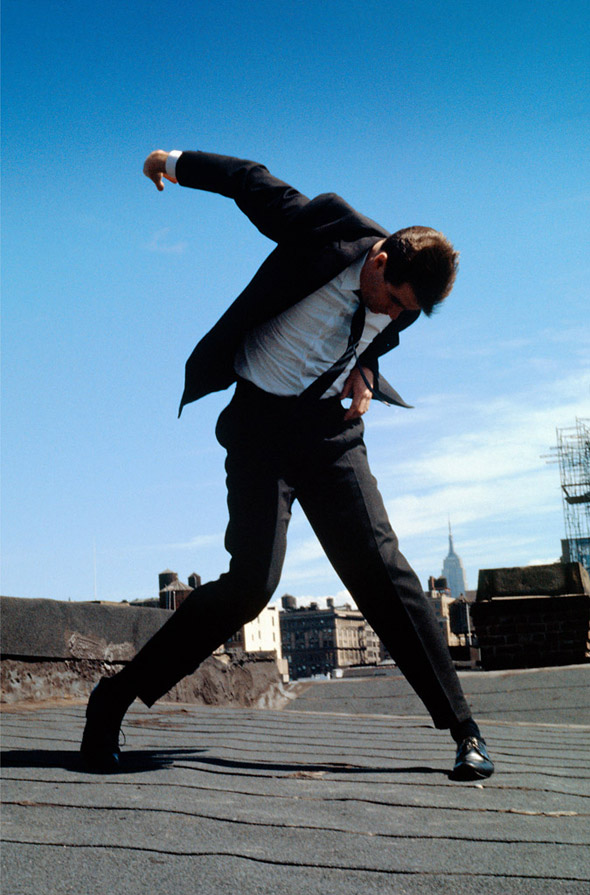 Robert Longo's celebrated pencil works of the 80s "Men of the Cities" were based on a collection of photos featuring friends like Eric Bogosian and Cindy Sherman. For the last few years, the source photos themselves have been getting more play and you can see them blown up to colossal size at Metro Hall, located at King and McCaul. 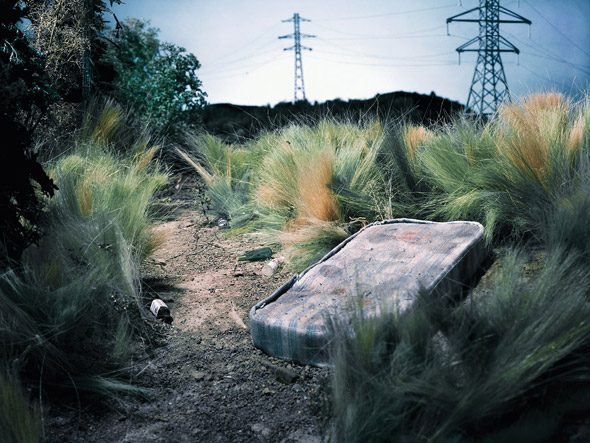 And if you want to stay out of the rain, in the subway, the TTC is running a set of photos on their monitors. The slide show features the works of Bill Finger, Alex McLeod, Diana Thorneycroft and David Trautrimas, who each use the artificial in an often eerie and biting way. Through the use of digital manipulation and diorama, Thorneycroft in particular, nastily dissects the tantalizing and disappointing aspects of utopian visions.

Also on the Agenda: 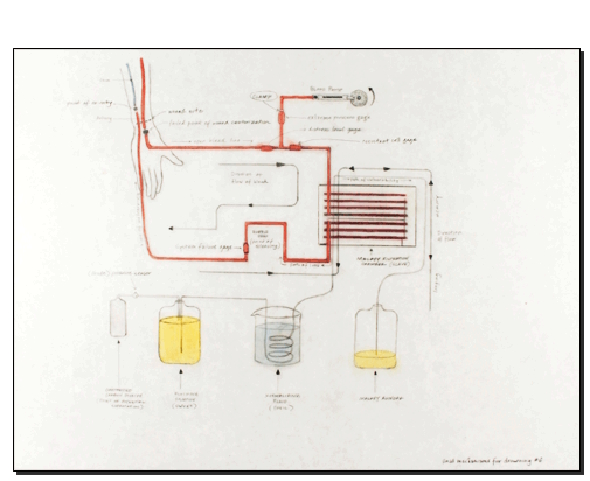 Nina Leo's new show at the Redhead Gallery features what might best be described as a series of diagrams for destruction. Whether its self-destruction or not is a bit of a mystery. The pieces involved are in various sizes and all done in a slightly charming amateur inventor style replete with over-the-top handwritten pencil notes. They sketch out these mechanisms for misery and death with an innocent detachment. The melancholy which they seem to come from is frequently overcome by their coyness, their seriousness continually undercut by the use of soft primary colours. Adding to the overall sense of strangeness is an obsession with smudging and erasing that fills up the vacant white space, providing a trace of the real or imaginary desperation that underlies the works.