A new publication has entered the free commuter market, one that surprisingly has nothing to do with news. Launched last week, the Mosaik Project is a comic book that's available across the TTC network at Gateway newsstands. Published by animation house Ex Machina 7, the first edition comes in at 56 pages and features original comic strips, interviews with comic creators, and profiles the work of a select number of Canadian comic artists.

The free commuter market might not be completely saturated, but with Metro, 24hrs, t.o.night and alt weeklies Eye and NOW, it's got to be a pretty daunting task to compete for reader eyes. Toward that end, I caught up with the Mosaik Project's editor-in-chief, Carlton Branch to chat about the publication and who it's aimed for.

Can you tell me what the Mosaik Project is and what your goals are?

The Mosaik Project is a completely-free, bimonthly, comics magazine. As a 'Canadian Comics Magazine for the Internet Generation,' so don't expect to see spandex-clad underwear models posing on rooftops! Instead, each issue features original comics, comic strips, interviews with Canadian creators, and artist showcases. We also provide opportunities for reader participation through our open letters page and reader contests.

The goal of the Mosaik Project is simple - to create an independent platform for Canadian comic artists to work profitably and reach a mainstream audience. As a free magazine, our profitability relies on an ever-expanding readership, and in today's highly-competitive market, only fresh and innovative work has a chance to break through and build a substantial audience. This is the role that we hope the Mosaik Project will take on.

You've just released your first issue, how many do you plan to offer?

Our next issue is scheduled for release on April 7th, and we have a plan in place to deliver five more issues in 2011. Heading into 2012, we plan to continue that schedule, but as we bring new artists on board, we want to eventually shift into a regular monthly cycle (assuming of course that the Mayan-apocalypse doesn't destroy the world... because that might put a slight damper on our plans). 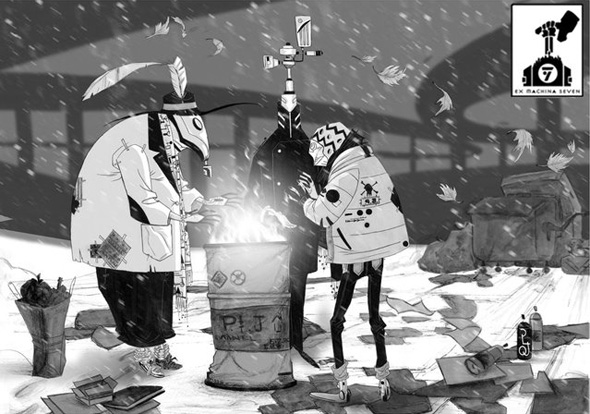 The issues are free. How have you funded your project?

The issues are completely-free and have been entirely financed by our publishers, Ex Machina 7... With our demographic aimed squarely at the 12 and up crowd, we expect that we will continue to expand the number of pages available for local and international advertisements to offset the costs of producing each issue. This will allow us to continue to produce creative work and expand the amount of content that we are able to deliver with each issue.

How many do you print for each run?

The launch of the first issue of the Mosaik Project had well over 5000 copies and those were distributed in 85 TTC and GO Train stations across the GTA. Next month, a completely free digital version of that issue will be available from our blog. The April 7th issue, will repeat these numbers, and we are currently working with the Toronto Public Library to have additional copies available in libraries across Toronto!

From the inception of the Mosaik Project, we have been working closely with the TPL. We arranged to provide advertising services for them, so that they can promote the wonderful programs and services that they have planned throughout the year.

How many artists do you feature each issue? Will the contributors remain the same or change?

The first issue of the Mosaik Project featured the work of no less than six individual artists! Our goal is always to innovate, so the individual contributors can, and likely will, change as we are able to bring new artists on-board. Right now, the second issue is on-track to have more individual stories and more artists featured than the first issue!

What's next for the Mosaik Project?

At this moment in time, we are keeping our sights firmly fixed on the next issue! We have had an extremely positive response to the first issue and we are looking to build on that.

See a sample page of the Mosaik Project below: 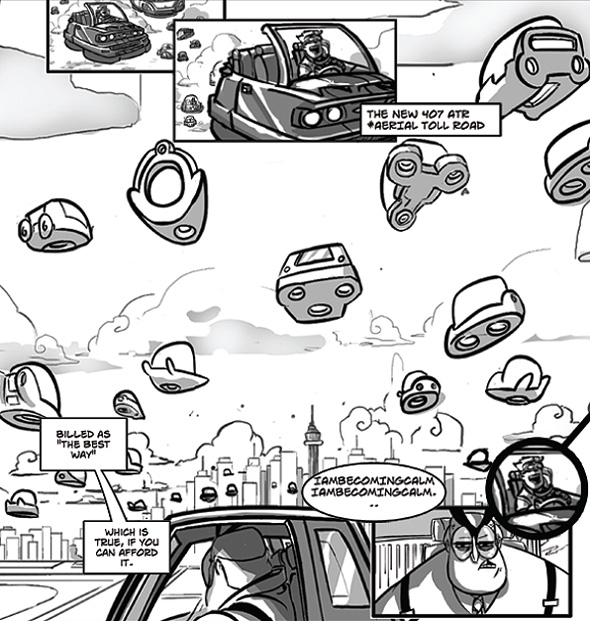