Toronto turned into a tiny toy-town

I've been keeping tabs on blogTO Flickr pool member Katrin Ray's photographs for quite some time now. Immediately recognizable, Ray's images offer an other-worldly take on what might be considered pretty banal subject matter. Whether it be on account of this familiar-but-strange quality of the images or the various digital manipulations employed, these photos always get me curious about their back story, so I got in touch with the photographer to find out a little more about her series.

blogTO: What was your inspiration for the series?

Well, the inspiration for Toy-ronto series came from another artistic field I'm involved in - origami, the art of paper folding. Being in paper design for the better part of my life, my husband Yuri and I created, designed and folded, a fantastic paper world we call Oriland, filled with paper castles, little houses, little people, fantastic creatures etc. Usually for our exhibitions we create the paper models in about 1:50 scale of what they would be in real life and then set them into dioramas. It's really a rare occupation for artists, even origami artists, just a few people in the world do something similar. So the Toy-Ronto series is just like our Oriland displays -- I'm setting up miniature houses and miniature surroundings for them, creating an illusion out of it, of course.

And the idea of applying my Oriland experience struck me when I saw the Jarvis Mansion District from a rooftop of a high-rise. These charming historical buildings looked like miniature models and the idea of the miniature town of Toronto came just naturally to me. Since then ideas, scenarios of photos for my Toy-ronto are keeping to appear in my head and it is quite fun to realize them in the series. 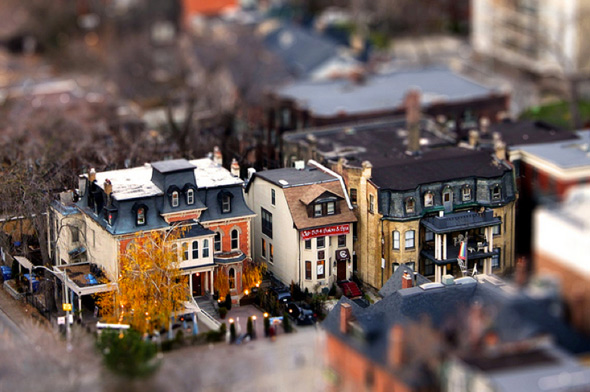 How long have you been working on it? Does it have a end or a completion point, or is it just ongoing.

Since April 2010, I do images for this series on regular basis, adding new ones almost every week into my Flickr gallery, usually on so-called Miniature Sunday in frames of one of Flickr groups, devoted to tilt-shift photos.

I consider the series as ongoing; I see no reason for it to be limited by time frame, there are many locations in Toronto I would love to incorporate into my miniature Toy-ronto images. Still, speaking of certain places/locations, I feel that there should be a seasonal dimension to the series - say, how a certain area looks in summer, what's happening there in winter, etc. So from this perspective, each location will reach a certain level of completion when all seasons are reflected with appropriate miniature life activity. But I wouldn't want to limit it all only by seasons. 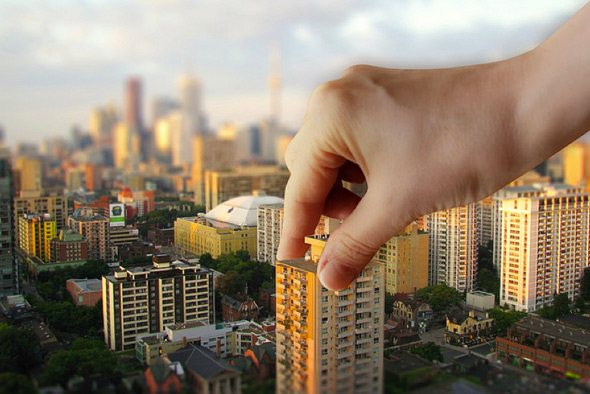 Obviously you shoot the majority of these photos from a position of height. How do you achieve this? What are your favourite locations?

Yes, it's true, I choose to photograph from high places. A high-rise rooftop or a bridge... I have to be creative about that and always looking for a suitable spot. My favourite location so far has been the Jarvis Mansion District. As I said earlier, it's where I started the series, so it's like the first love. 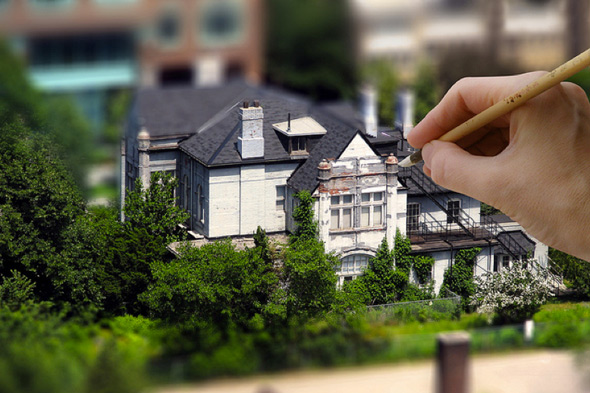 Can you tell me a little about your technique? How do you tilt/shift? And how do you add other components to the images?

Most images of the series are tilt-shifts and some of them are in a 'little planet' style, achieved with Polar Panorama effect, where basically I process a panoramic photo using the Polar Coordinates filter in Photoshop.

As for tilt-shifts, I do them mostly in Corel Photo-Paint, using photos I take with normal lenses. So I create the tilt-shift effect with digital post-processing. I find it quite flexible because as soon as the photograph is taken I can make multiple choices on the region that is sharp and the amount of blur for the unsharp regions.

And, of course, I often add other components to the images using digital magic, in other words, photomontage. For instance, you may see my hand in Toy-ronto pictures. So I photograph the hand in the desired position, then process the photo in Corel Photo-Paint, cutting the hand out off the background, and then according to my idea I add it to a miniature scene, adjusting light and colours and other parameters, so it integrates into the image smoothly. 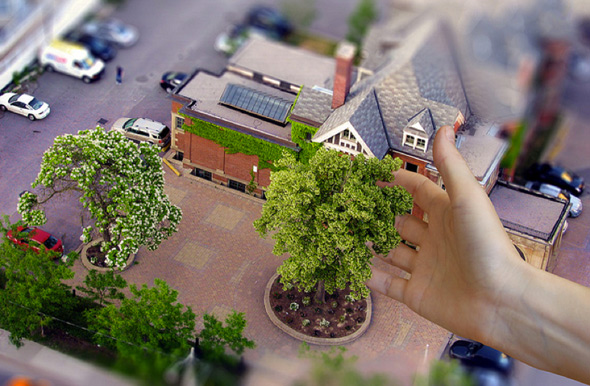 What do you think your series says about Toronto?

Check out more photos from the series below and via Katrin Ray's Flickr photostream. 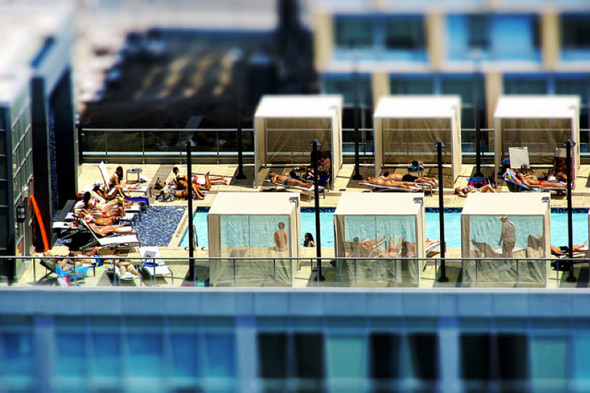 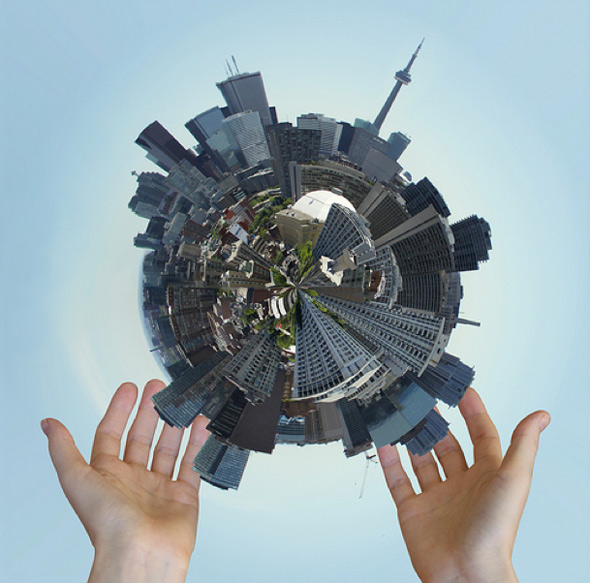 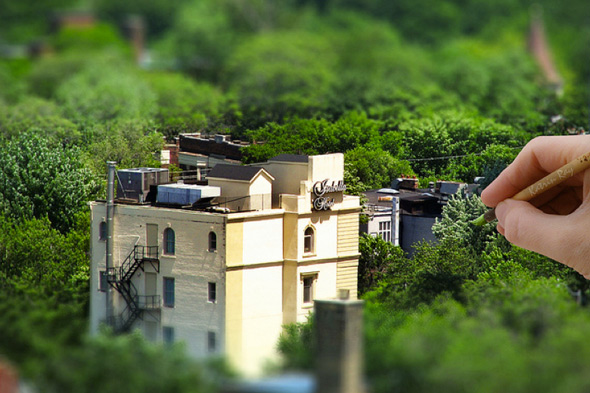