Underground explorers reveal the fascinating and crucial world beneath Toronto

Ever since I did a project for an undergraduate urban studies project on Toronto's Garrison Creek, I've had a lingering interest in the buried waterways of Toronto. Admittedly, however, this has remained confined to minor above ground exploration, the casual study of maps and some envious viewing of photographs of buried watersheds and sewer systems.

It was the last of these activities that got me thinking it'd be intriguing to find out a bit more about what lies beneath Toronto. Having seen the photographic work of Michael Cook featured on Circuit Gallery as part of their Alphabet City: Art from the Anthologies series, I got in touch with him and his colleague Andrew Emond to discuss their work. 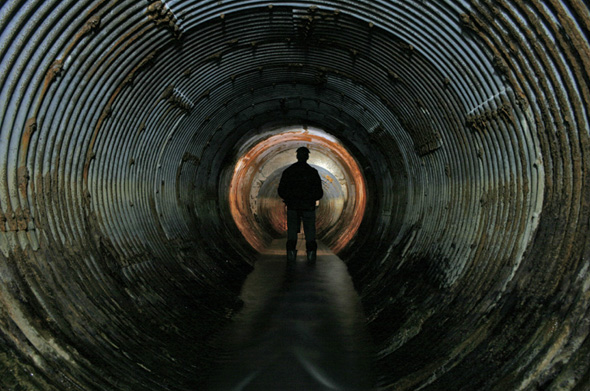 Both Cook and Emond are veteran explorers, having started their journeys underneath Toronto and other cities over six years ago. Not surprisingly, then, they take their projects and their safety seriously. Contrary to the media buzz that surrounded an incident with the police in April of this year (charges were laid, but ultimately withdrawn), their explorations are anything but a manifestation of mischief or even, really, the mere satisfaction of curiosity. Sure, the latter plays a role in what they do, but more as a starting point than the final goal. 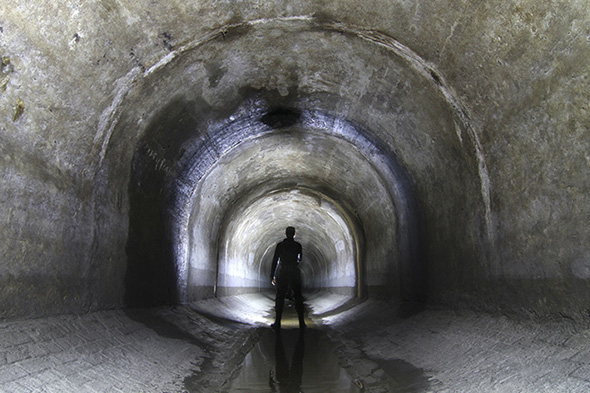 Emond, who is now based in Montreal but who's lived and shot in Toronto, views his sewer and tunnel photographs as an extension of the work that he does above ground, documenting what remains of the human presence at abandoned industrial sites. Although completely different on a visual level, in both cases, the impetus to explore and create a record of such abandoned spaces is born of a desire to reveal subjects and sites that have otherwise been overlooked or ignored.

In talking about the method by which he captures photographs in what are completely black tunnels, Emond explains that "he must create the images with lights that [he] has brought along" on his various tips below the surface, which strikes me as a wonderfully apt metaphor for the wider process of unveiling that all of his work takes as its focus. His underground photographs literally "expose" that which is obscured by darkness, and in so doing, bring attention to a subject that is hardly ever seen. 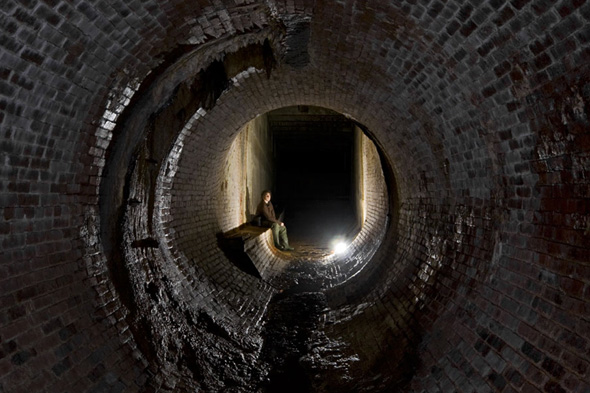 Similarly, Cook's work, particularly in the last few years, has revealed an ever increasing determination to shed light on the importance of the infrastructure upon which we collectively rely, but rarely consider in any meaningful way. As he writes on his website, "I think that our cities are more productive, more democratic, more sustainable, and more secure when we are collectively aware of and understand the infrastructure that serves us, whether in our buildings, on our streets, or under our feet." 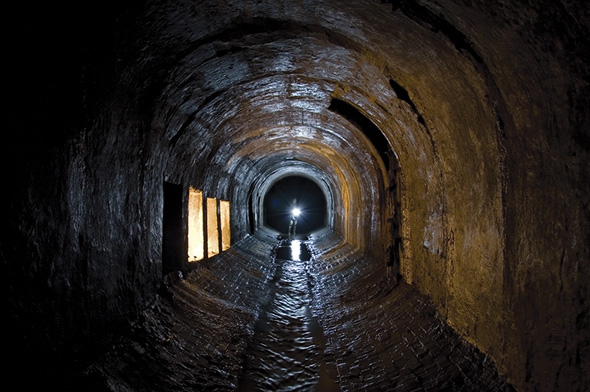 Although urban watersheds and wastewater management may not be "sexy issues," it's immediately apparent when conversing with Cook that he's passionate about inspiring others to think about the crucial role that water plays in the organization -- be it social, ecological or topographical -- of the urban environment. As he explained to me, "this work shouldn't be completely self-absorbed" or conceived of as "solely an art project."

But perhaps this last bit isn't completely true. By distilling these issues in a series of beautiful and captivating photographs -- i.e. in works of art -- these unsexy subjects become fascinating and compelling. And the work of taking what's neglected and holding it under the light for more meaningful consideration is, to me, one of the best measures of successful art.

For more on Andrew Emond's work, check out his work for Spacing Montreal. And for more on Michael Cook, have a look at the Commissions and Presentations page of his website, Vanishing Point. 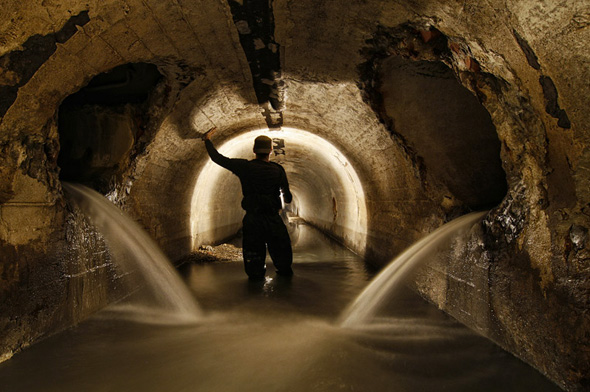