A few years ago I happened to see an artist doing a plein air painting of my street, which was pretty much the coolest thing ever. I didn't catch a photograph of the scene, but it was intriguing to stand behind the painter and his wood panel and compare the artwork and the street scene on which it was based. Unfortunately because I was in a bit of a rush at the time, I couldn't really hang around while he completed the work, but that brief introduction left a lasting impression.

Painting en plein air obviously has a long history, but it really peaked with the introduction of oil paint tubes in the late 19th century. From a local standpoint, the most famous plein air painters would, no doubt, be the Group of Seven, many of whom would do quick and small outdoor oil sketches that would serve as the basis for the larger works completed in studio.

Perhaps because natural landscapes have been so popular with plein air painters, I tend not to think about them in an urban context. But nevertheless there are at least a few plein air painters for whom the streets of Toronto are their subject. I'm not sure exactly what it is, but something about these paintings -- perhaps it's the relative simplicity and lack of sharpness -- immediately gives me the good kind of nostalgia.

Here's a brief sample of some plein air paintings by two Toronto artists who keep blogs devoted to their work, Jerry Campbell and Michael Pieczonka (whose Captain John's painting serves as the lead image above). 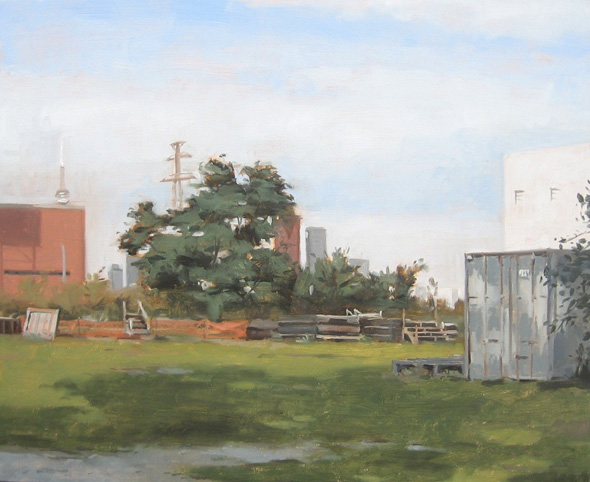 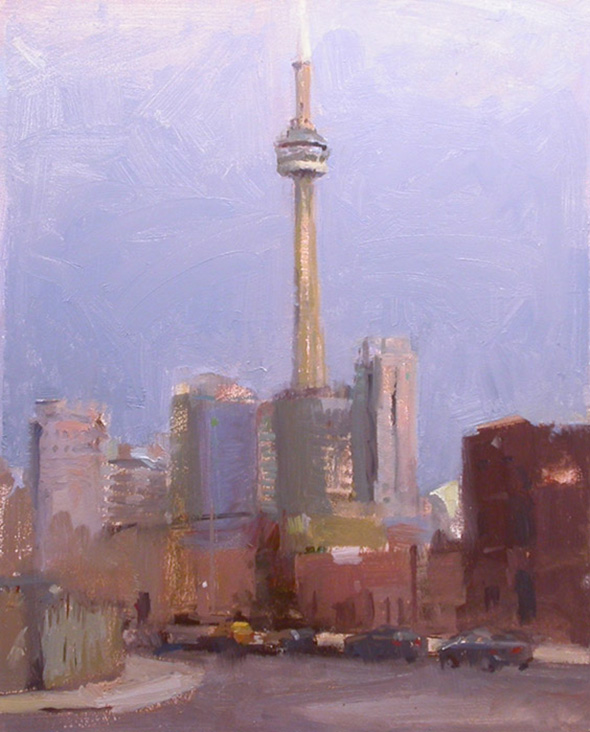 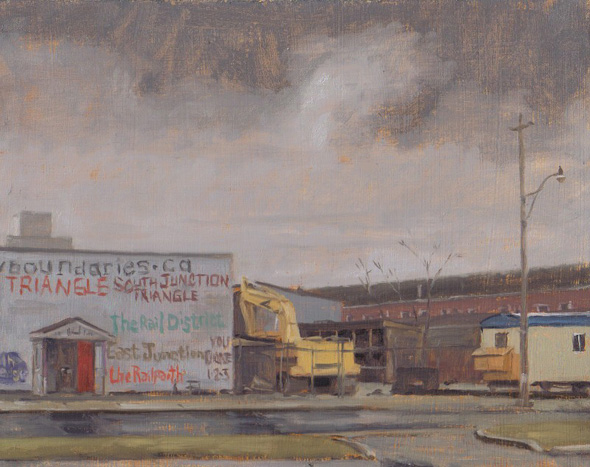 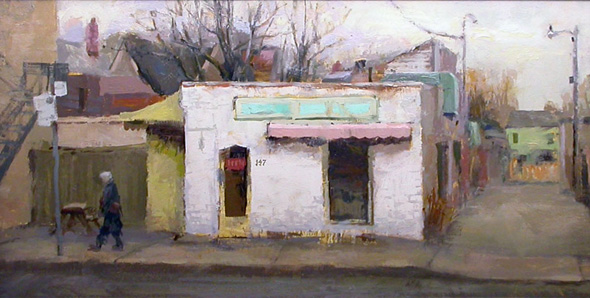 For more of these artists' work, check out their blogs (which are linked to above) or hop over to Cowbell restaurant, where Jerry Campbell's work is currently on display. And for more on plein air painting in a less urban context, check out the Ontario Plein Air Society's website.