Last Friday I put together a collection of quirky photos of Toronto from the blogTO Flickr pool as a little long weekend diversion. In so doing, I was surprised at the relative lack of images that I thought captured strange scenes or odd subject matter in our pool. Coincidentally enough, this was around the same time that I was approached by Alex Beker, a Toronto-based graphic designer, who wanted to share a photo project that he's been working on for the last couple of years.

Called "Things I Saw Today," the series is, structurally speaking, your standard fare daily photoblog. As it seems that just about everybody has a digital camera that can take decent pictures nowadays, such projects are anything but unique. But, that's not to say they're all equal either.

What sets Beker's series out from others is his keen eye for quirkiness. His daily travels through Toronto deliver a virtually constant source of odd and interesting discoveries, the very randomness of which ties the whole thing together thematically.

Here's a selection of some of Beker's favourite photos and a brief Q & A about "Things I Saw Today." 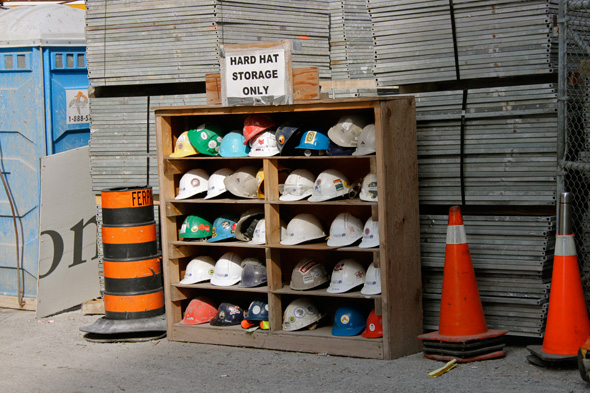 blogTO: Aside from having your camera on you at all times, do you have other strategies to capture interesting or unique situations, events, scenes?

Alex Beker: There's no particular strategy, except keeping my eyes open for things that we may see but not truly look at every day. I enjoy finding something different in daily events or situations. The difference may be in the lighting, or it may be that I find a simple object in a strange place or someone's facial expression catches my eye.

What do you shoot with? 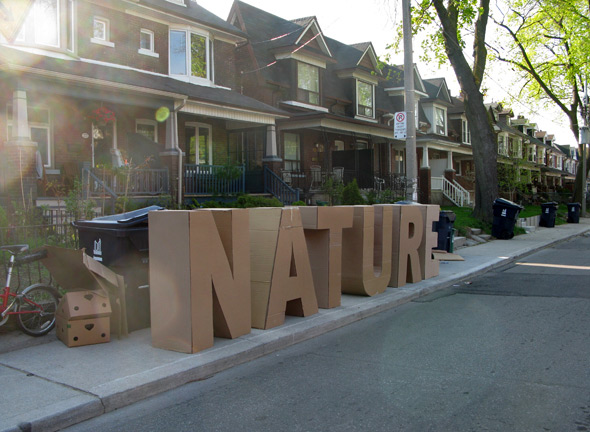 How long do you think you'll keep the series up?

The beauty of "Things I Saw Today" is that it can be virtually endless. Toronto is a city full of surprises. Whenever I think I may run out of inspiration, I find a new twist on something that the city offers. I haven't planned the end of it. 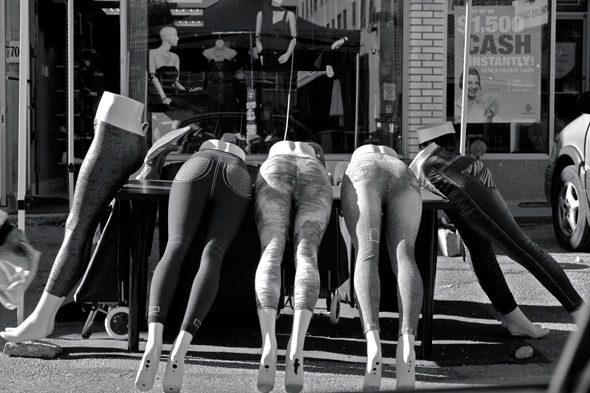 Have you seen anything particularly strange or compelling that you weren't able to shoot since you started the project?

I would say that I may have missed some people shots because I would rather not make anyone uncomfortable or create a contrived photo. People shots involve very fleeting moments. Otherwise, I don't feel like I have missed the one big shot yet. 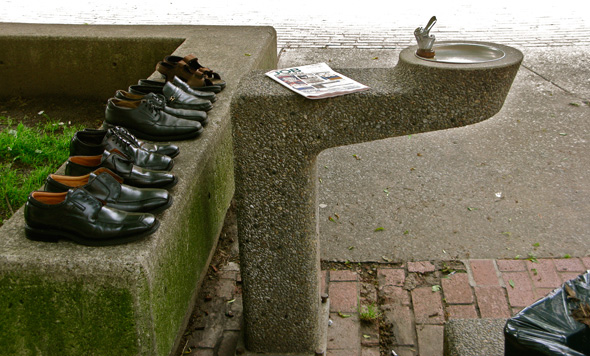 What do you think your photographs say about Toronto?

"Things I Saw Today," as well as my more recent parallel project "Shooting From the Hip," portray the eclectic nature of Toronto - the cultural mix, the personality, the fact that each person can do what they want to. That's why you see stuff on the streets, on windows, cars, gardens, etc. that has a different meaning to each person. Even what's put on the curb on garbage day is revealing of the different neighbourhoods or cultures in Toronto. And finally the comments I get on the photos are revealing of the different impact they have on each person and the diverse interpretations of each photo. There almost seems to be a multiplication effect - how I saw a situation, how I captured that situation, and how other people see the same situation and relate to it. 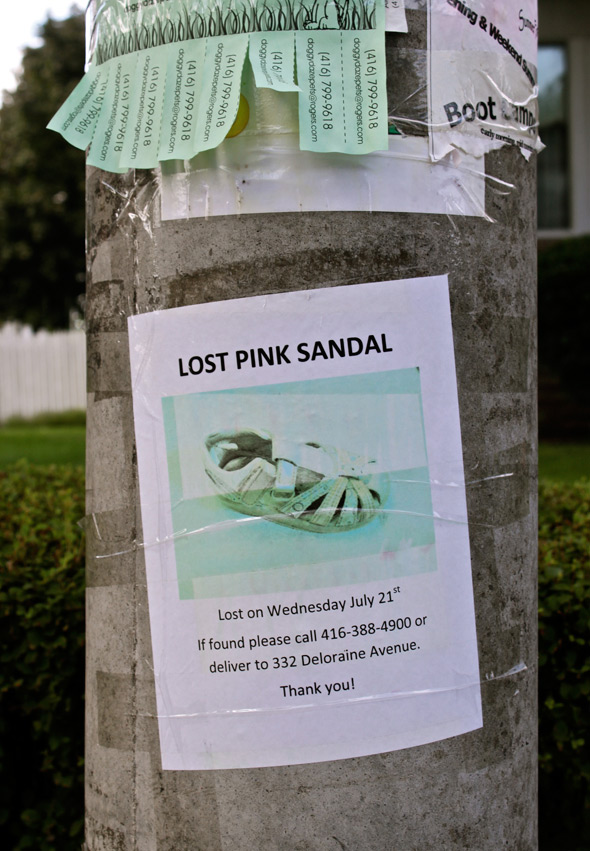 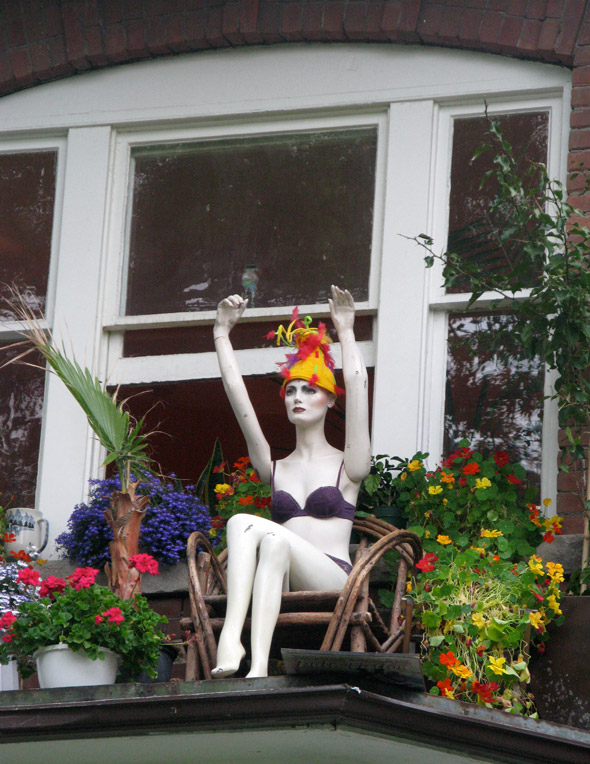 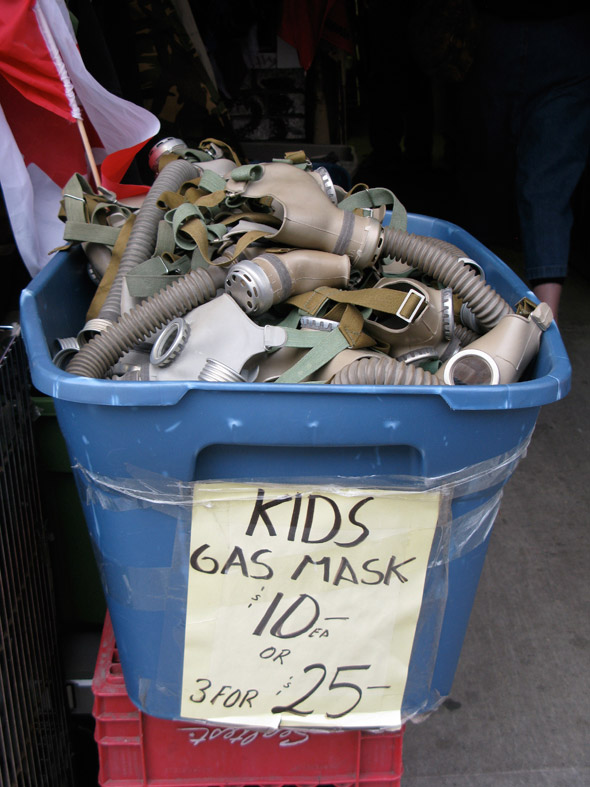 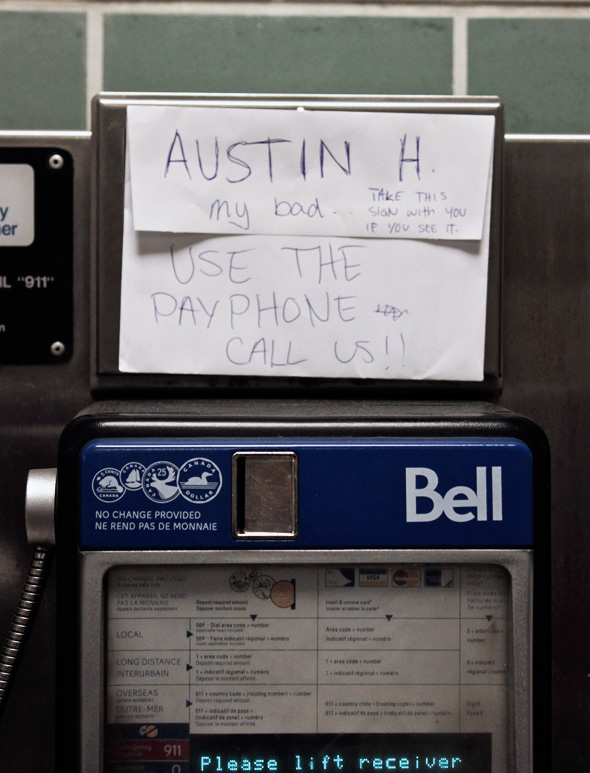 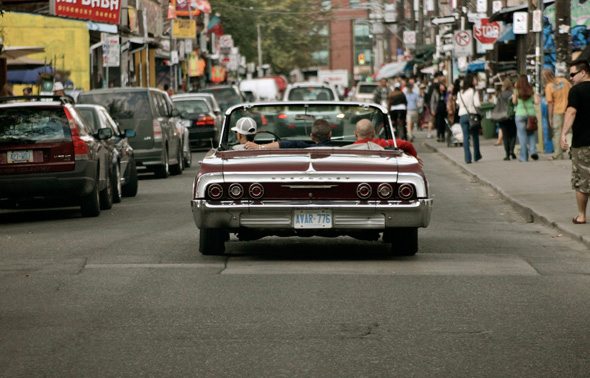 Do you have a Toronto-based art project you think blogTO might be interested in? Let us know about it here.