Canzine, to me, is like West Queen West in concentrate form. And I mean that in a good way.

I've been out to a couple Canzine's in the past - being a slave to the written word and all - and the creativity always overwhelms me. Same goes for the awkward, albeit mostly accepting environs. Everyone - that being the artists and curious onlookers alike - is bloody cheery for a Sunday before Election Monday. (An election, it must be noted, that might not fare well for the arts community). Talking with the crowd, there didn't seem to be a whole lot of Rob Ford fans. Alas.

Organized by the ultimate DIY zine, Broken Pencil, Canzine is quite simply a gigantic festival for zines and alternative culture. And packed into the Great Hall are creative types galore with their handmade wares spread out in front of them. Pins, knitwear, graphic novels, stickers, buttons, posters, silk screens, books, bags, anime, and, zines, of course. No one is pushing product on you; it's simply a collective show-and-tell with a hint of commerce. It's an alternative Word on the Street, and all art is invited. 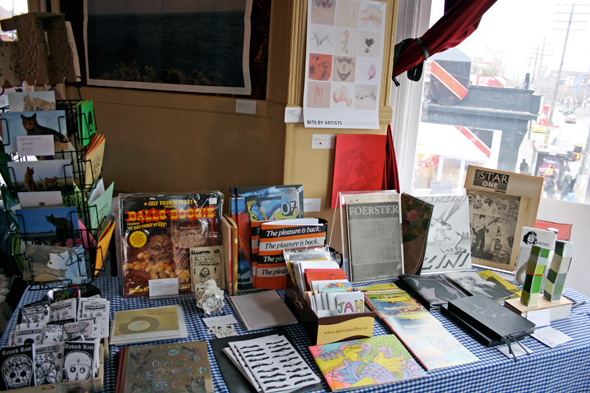 As I came by the festival later in the afternoon, the turnout was impressive. The Great Hall was packed, making it difficult to navigate the art-smeared tables. And everywhere you looked, there it was: art. Subversive art was common, as was cute, friendly animal art. Zines were pervasive and they ran the gamut of talent and style. As I meandered through the various rooms, everyone was seemingly gregarious - like an art party where everyone knows each other. Something not far from the truth, I guess.

Next door, I witnessed a puppet show. This being the "alternative culture" part of the festival, I mused. Here I saw a Gremlins-inspired puppet show off its dance prowess to jams like "Sex Bomb" and MC Hammer's "U Can't Touch This." I later found out this was a "Puppet Slam," which, in short, was a puppet competition. This was followed by some "radical readings," which was exactly as you would imagine - and a crowd of about 30 was soaking it in. 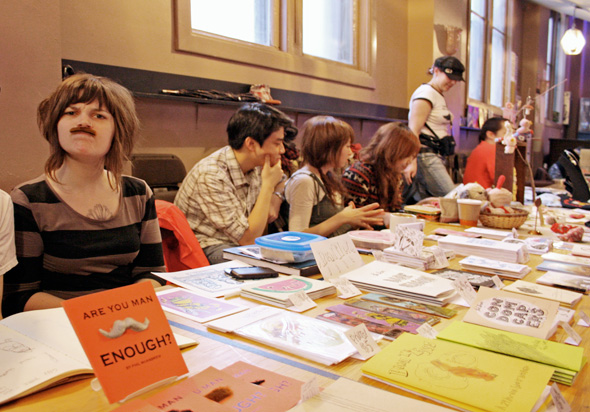