Shary Boyle shows Flesh and Blood at the AGO

Scarborough native Shary Boyle has just unveiled a substantial exhibition of her paintings and sculptures at the Art Gallery of Ontario. "Flesh and Blood" was curated and organized by Louise Dery and Galerie de l'UQAM. It will be travelling the country over the next year. Most of the work on display is new and was created explicitly for the show. 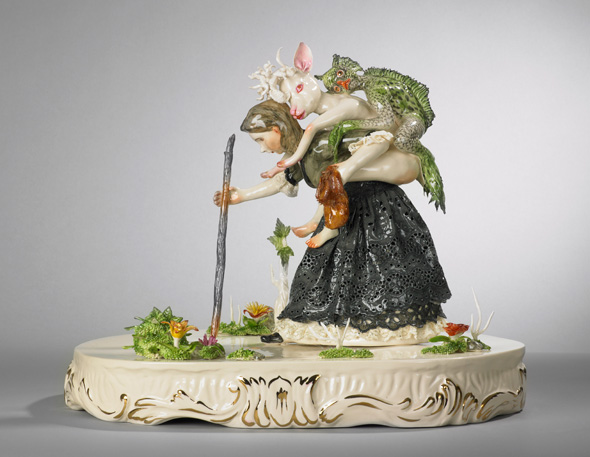 The exhibition is spread out over four rooms and encompasses a wide range of unique images. Combining characters from old fairy tales and the cliches of our times, she channels her figures into a highly personalized mythology, stripped down to symbolic nudity. She then decorates her pallid figures with jewels taking the place of vomit, blood, excrement and other bodily fluids.

The distinctions between bodies are often unclear. Copulating bodies collapse into each other, sometimes in pornographic detail, sometimes by sheer vagueness. Most of her figures are small and porcelain with elegant details. They would seem at home on my grandmother's knickknack shelf if it wasn't for all of the monstrous sex. Others, like the scarecrow and figure copulating on a haystack, seem more like frozen moments from a forgotten Ken Russell film. Meanwhile, dotting the walls of some of the rooms are her charmingly twisted paintings, notably the "Highland" series which depicts the kinky exploits of various highlanders and exciting new uses for plaid. 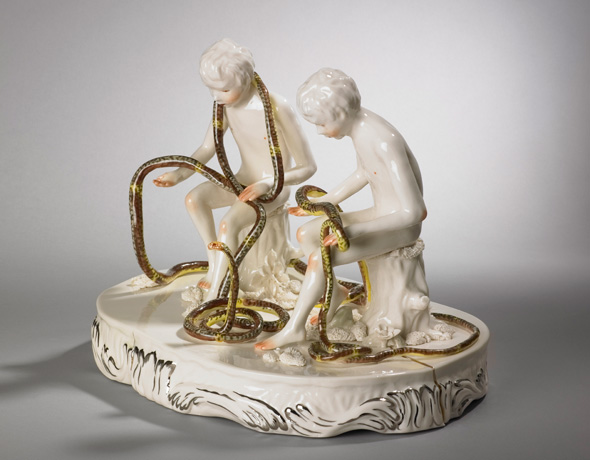 Such a front and center exhibition at the AGO for a relatively young Canadian artist is pretty rare. Aside from the fact that Boyle has actually decided to stick around in Canada, she manages to embody a lot of what's been going on in the art scene in this country, although always in her own very particular way. On the one hand, she embraces a rigorously theoretical, political and conceptually based practice. On the other, she displays a disciplined enthusiasm for traditional craft work. Although one can often find these two tendencies at odds, either polemically or in market terms, they are perfectly melded together in her work.

When looking at the intricate and delicate details that are apparent in so much of her body of work, it is easy to forget their extremity, to ignore the fact that these are aesthetic celebrations of actions more macabre and violent than what is commonly found in slasher films. Casting such imagery in stylized porcelain figures distances the actions they display from their shocking character. Porcelain is a hard medium, both in terms of craft and tactility. Yet, in no small part because of its longstanding cultural marginalization as part of feminine culture, whether in the sculptures of the Rococo or in the dolls of the Victorians, it creates the illusion of softness, of gentility. It is precisely this, historically misogynistic, misunderstanding of the medium that she exploits in her work as a vehicle to examine the constantly collapsing boundaries between the carnal and the carnage of history. 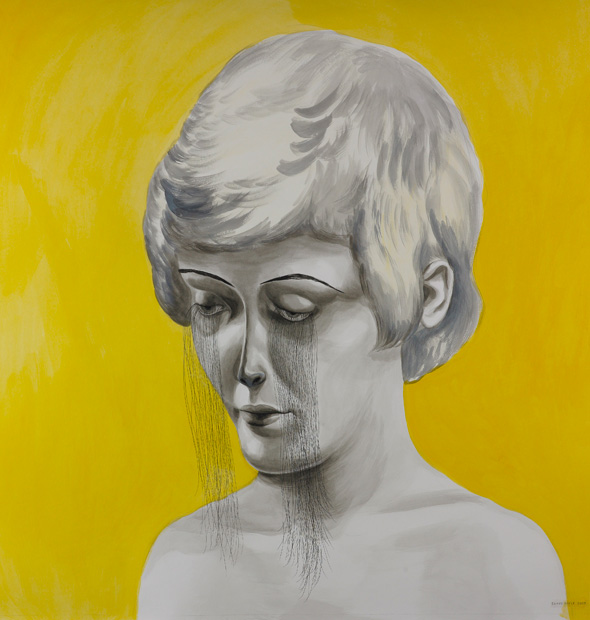 What is truly subversive is the deliberate pleasure which she cultivates in the spectacle of this violence. One of the most interesting things about her work is the way that she, to use an old phrase, 'aestheticizes violence'. They're sadistic pieces cast in a radicalized softness. The exhibition isn't simply about a bunch of tantalizing or shocking objects though; it's more about the audience that filters through the porcelain world she creates.

In fact, the use of porcelain is achingly appropriate since the work is about the repressed end of human consciousness and society, which reaches its most sublimated form in the institution of the museum. It is here that Boyle plays an openly perverse game and her subversiveness comes to fruition. The museum goer is oriented less as a viewer than as a voyeuristic sadist who can't help but enjoy the scenes of rape, torture and mutilation as they are played out with a coquettish viciousness. 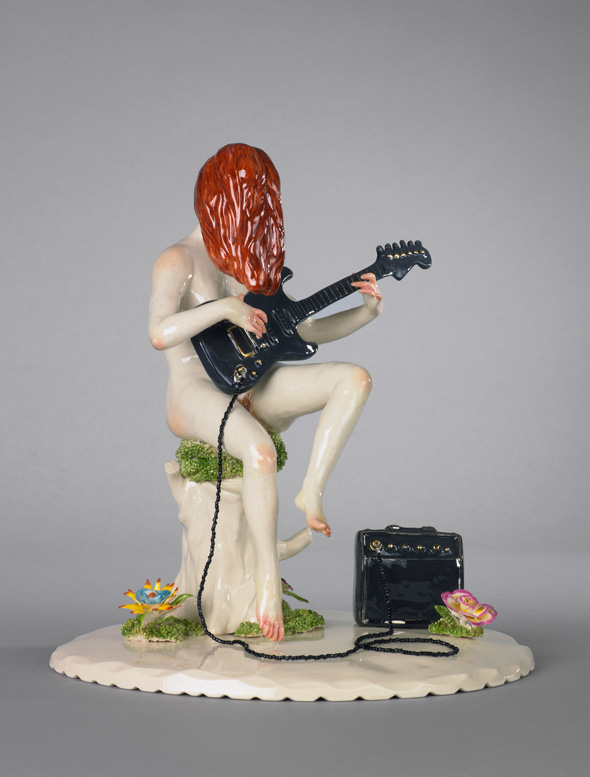