After all the G20 shenanigans over the weekend, this was just the antidote I needed. After seeing Cirque's Ovo show last summer in the Port Lands, I kind of knew what to expect. But this show, in front of a 6,500-strong crowd, was more of a spectacle that filled the hearts and minds of a bigger audience. 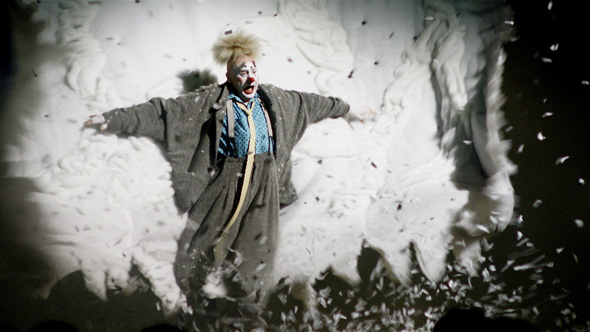 Perhaps most impressive was the strong and beautiful physiques of the performers, many of whom have classic gymnastics training.

A small gathering of musicians played a live soundtrack to accompany the acts from the back of the wide stage that curved up towards the back. 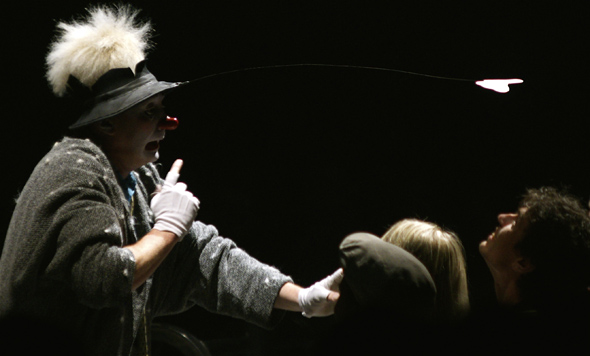 The international cast of 55 performers and musicians from 17 countries showcased awesome acrobatics, a beautiful contortion duo, a mesmerizing synchronized trapeze act and of course, the characteristic commedia dell'arte-inspired clown acts that were interspersed throughout the show. 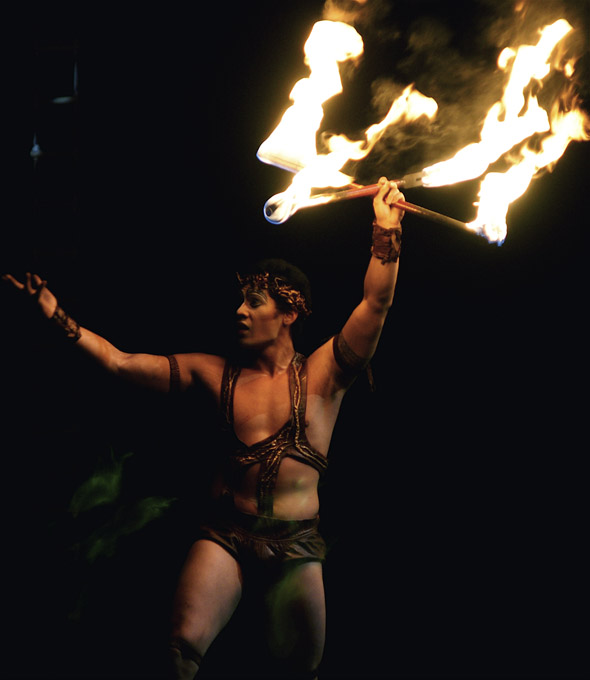 The Fire-Knife Dance number seduced me with its tribal beats and whirling patterns of fire. Once the act was complete, though, the lingering smell of gasoline was rather off-putting. 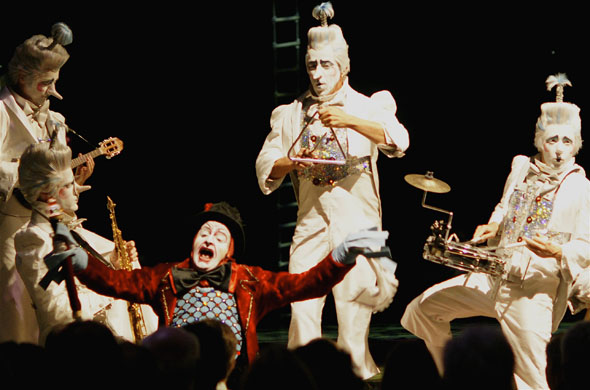 Even though it was a stadium show, there was still a fair bit of performers wandering the aisles, engaging in a little audience participation. 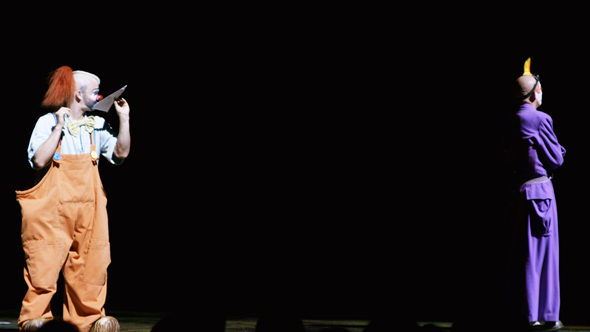 My favourite character from the show was the clown with a tuft of orange hair that reminded me of Beaker from The Muppet Show -- only livelier.

If you've never taken in a Cirque show, you're in for a treat. If you're not too busy taking in some of the great theatre at the Fringe Festival this weekend, go see this show and expect to lose yourself in another world of imagination and wonder.