One of Luminato's most intriguing free events is the Ship of Fools in Trinity-Bellwoods Park.

The salvaged thirty-foot Chinese junk vessel made a surprise appearance in the park over the weekend. The unusual sight of a ship on the grass is actually a Luminato festival commission. 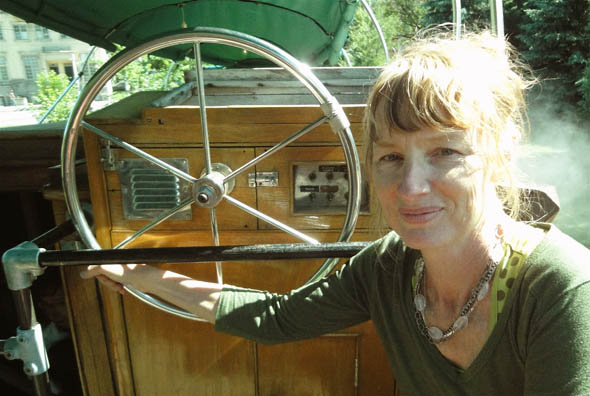 Cardiff, pictured above, along with Bures Miller (pictured below) bought the boat on eBay for $10,000 and spent another $12,000 for the trailer to get it across from Montreal to Grindrog, British Columbia, where they live.

"We decided to call it Ship O' Fools because we felt like fools after spending all this money on it." 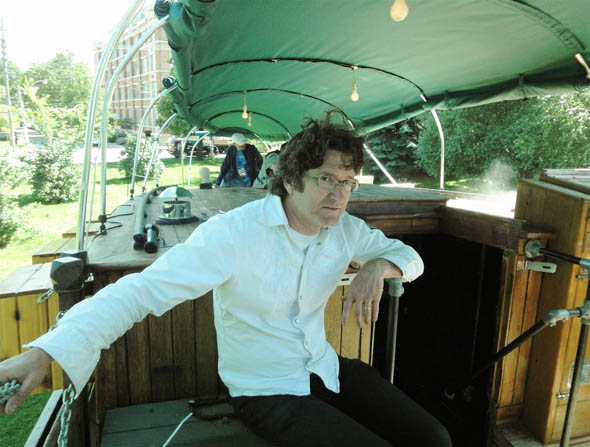 Bures Miller says it took six days to ship it from Montreal and eight days to assemble here in Toronto. So what's the experience like inside the un-captained vessel?

Well, I don't want to ruin it for you, but you're in for a bit of an adventure.

What I will reveal is that it's a frivolous journey in a dark, tight interior, filled with tiny figurines and winding cogs that chirp and click as you make your way from one end of the ship to the other. It's almost like a haunted house, but less scary.

Ship O' Fools is on display in Trinity-Bellwoods Park until June 28.

"After its appearance in Toronto, we hope to get it to Berlin for the