King Tut at the AGO

King Tut has returned to the AGO.

30 years ago, when I was eight, my parents attended the Treasures of Tutankhamun exhibit at the Art Gallery of Ontario without me, figuring I was too young and that their evening tickets to the very popular show were past my bedtime. Thankfully they brought home a copy of the catalog, which I read and re-read, again and again. How awesome then, to learn of another chance to see the Tut in person!

Three years in the making, this new show is twice the size of the 1979 one with over 100 antiquities on display. The AGO stop is the only Canadian visit for the tour. I attended a preview of the show on Friday morning and was simply blown away. 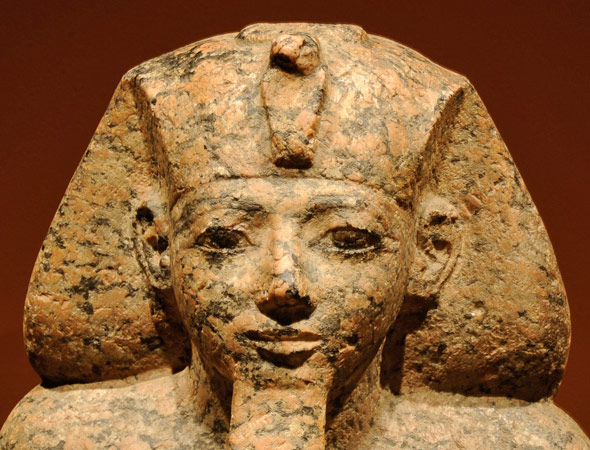 The tour is being mounted by the Egyptian government, quite blatantly to raise money for the creation of a new museum of antiquities, as well as to fund the preservation of finds from the over 1,000 archaeological digs throughout Egypt. Dr. Mohammed Abdel Maksoud, head of the Central Department of Lower Egyptian Antiquities, added that for him, the show is "a message of peace from Egypt to the World." 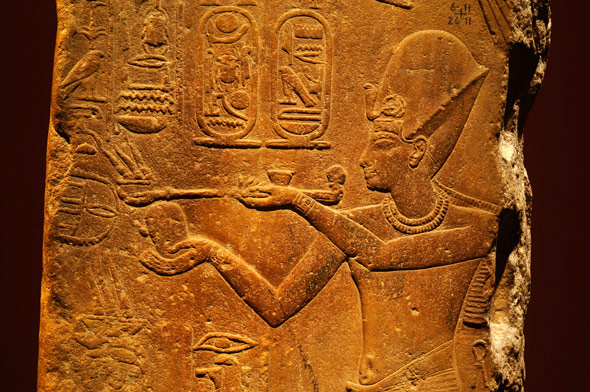 There was some debate in Egypt's parliament over whether to "send the pharaohs out for gold," but the detractors were outnumbered. Egypt is clearly very concerned about the show's public relations potential, with Cairo having suffered terrorist attacks in recent years which dealt a heavy blow to tourism. Things have settled down a bit, and Egypt is eager for the return of sweaty Westerners to rediscover that very, very old country. 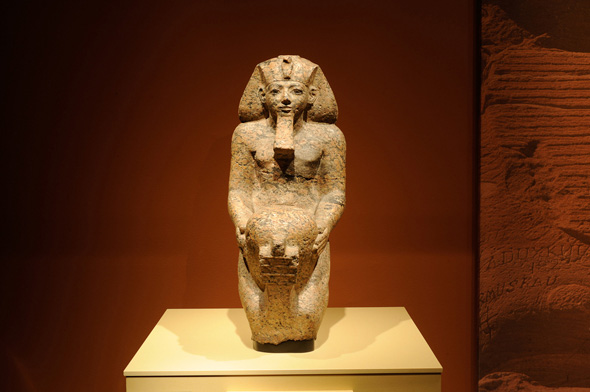 Egypt is also rightly concerned about the security of its treasures -- the Egyptian government has promised that this is the last time they will allow Tut's treasures to travel beyond their borders. Never say never of course, but for the time being it's a good marketing hook, and I'm not willing to wait another 30 years! 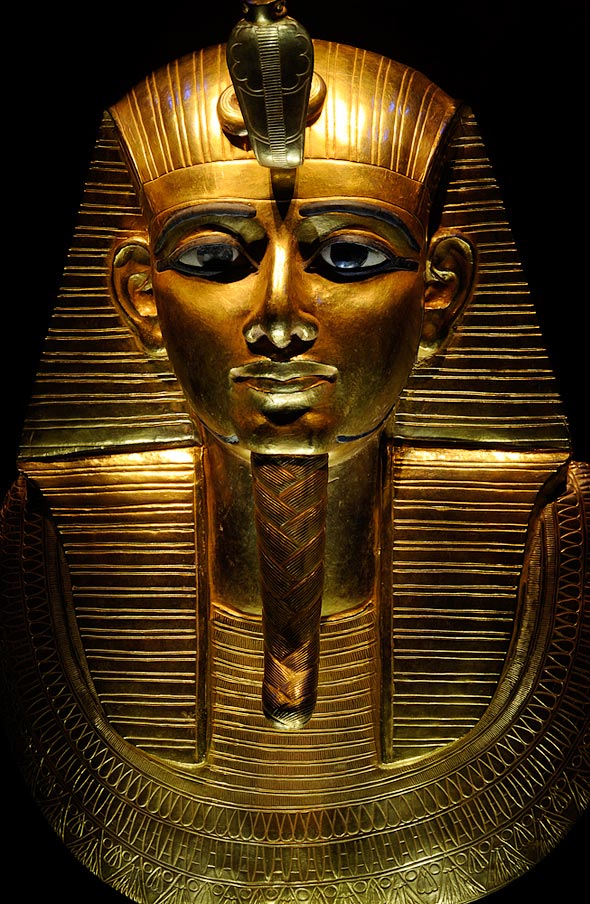 While the original exhibit featured the actual gold sarcophagus and funeral mask in which Tut was laid to rest, this time around we get to see a miniature version of the coffin, minutely detailed and inscribed with hieroglyphs inside, meant to hold one of his internal organs. A different death mask is on display, as well as gold slippers and finger and toe covers that were found on Tut's body. My previous experience of Tut was almost entirely based on the photos from the 1979 show, so it is a real treat to see a wider variety of pharaonic goodies. 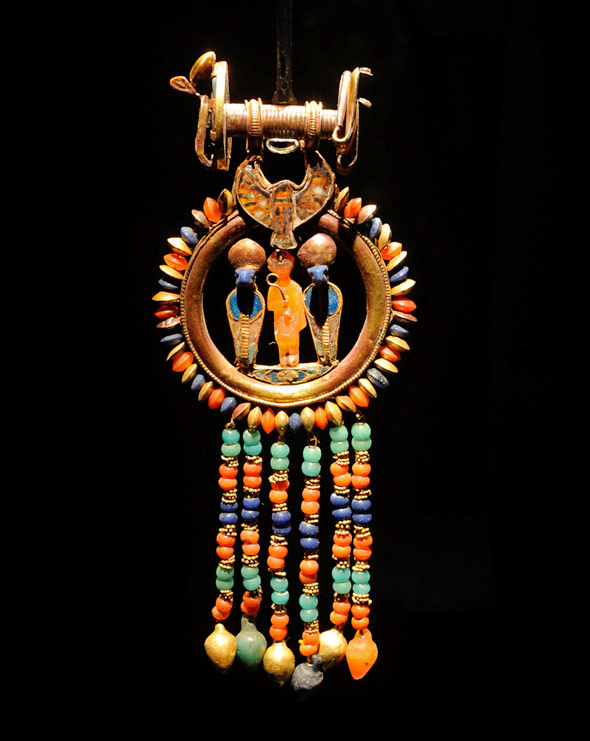 There's nothing quite like witnessing over 3,000 years of history right before your eyes (staring back at you, in fact). Many of the objects are statues and masks, each intricately carved and decorated to represent the visage of either the boy king Tutankhamun or one of several other ancient Egyptian rulers or their gods. The exhibit is laid out in a series of themed rooms, some inspired by the arrangement of items in Tutankhamun's tomb as it was discovered in 1923, others devoted to the variety of lesser-known pharaohs as well as stunning jewelry and other art pieces. 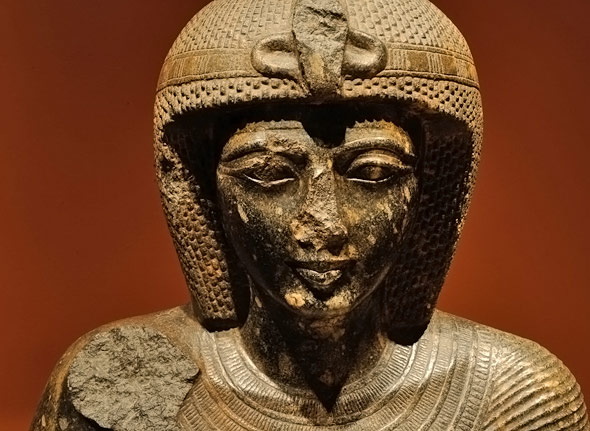 Make no mistake, however, this is not the show that I missed as a boy. Only three items from the original show are included in this one; the rest are all here for the first and, quite possibly, last time. I'll be attending the show again in a couple of weeks, with my parents and my own son and daughter. 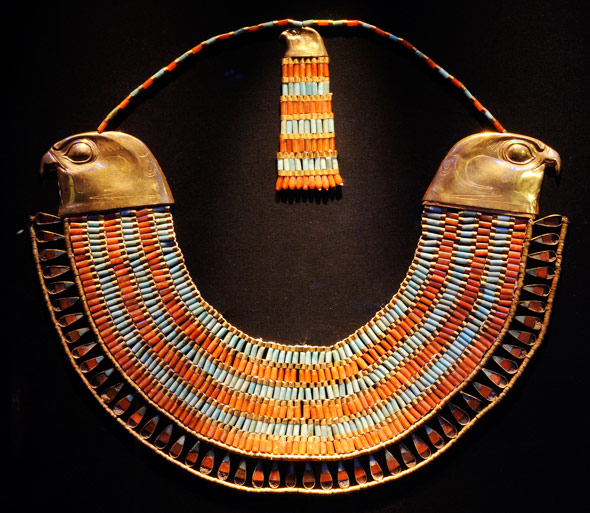 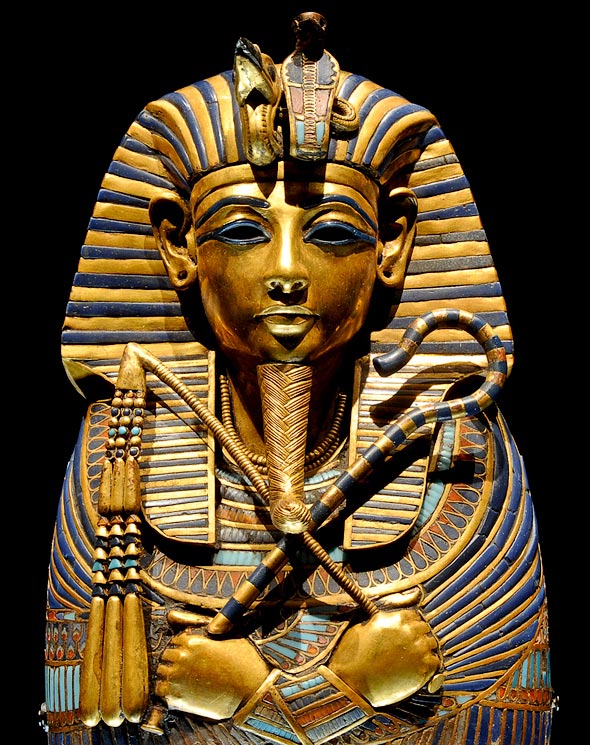 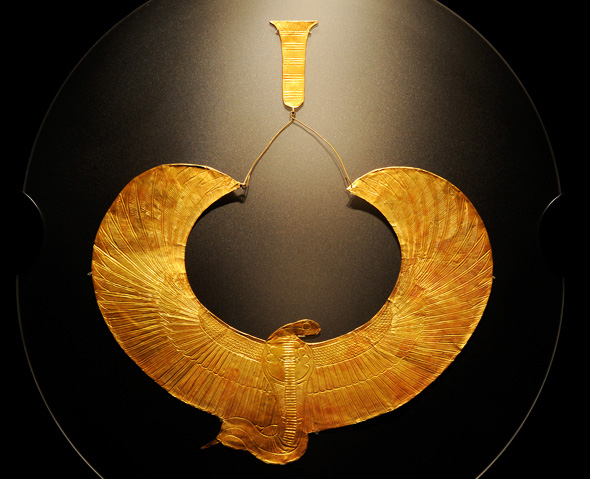 Writing and photography by Hamish Grant. To see more photos of the exhibit, check out the slide show below.