The collaborative, multimedia exhibit by June Pak and Louise Noguchi has been up for a month now at YYZ, but my personal unfamiliarity with the artists and general procrastination had kept me away from the show until this week.

This show was my introduction to June Pak, a name that always stayed with me when I heard it because it sounds so damn close to Nam June Paik, the recently passed godfather of video art. To complicate her distinction from Paik, she has assembled at YYZ, along with Noguchi, a whimsical installation of stacked televisions and fractured videos. Bravo.

However, Nam June Paik was far too occupied with buddhas, cellos, and John Cage to ever collaborate with the Wicked Witch of the West, as Pak and Noguchi have done in their joint project Somewhere, the highlight of their three-piece exhibit. 5 stacked monitors depict Dorothy's plummeting house from The Wizard of Oz. The scene is repeated on each descending screen, giving the illusion that the house is traveling through real space, from one TV to the next. 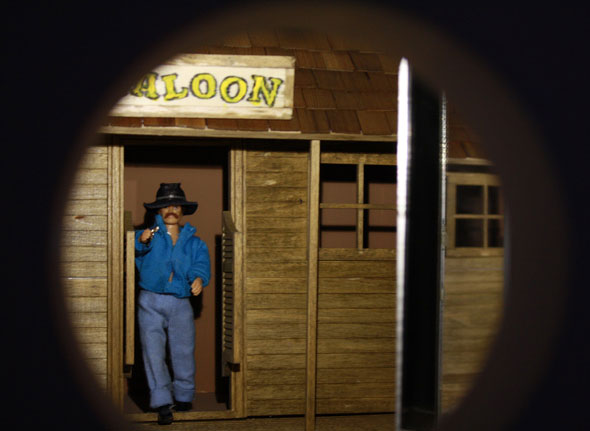 It didn't take me long to realize what was going on in the piece, nor how they accomplished the effect, yet I still stood in horror and amazement as the most terrifying scene from one of my favorite childhood movies (I always had a morbid infatuation with tornados) repeated over and over again, lowering poor Dorothy further and further into oblivion. Down, down, down the house goes, and then, when it disappears off the bottom monitor, my neck craned right back up to the top to watch it again.

The other two pieces by Pak and Noguchi, each a solo effort, were a bit more tricky to figure out, but were no less rewarding. In walkthrough, Pak projected two videos onto angled, circular mirrors to break up the video onto different spots of the walls. The clips were from films that I couldn't recognize (my program tells me, though, that the films are 3-Iron and Enter the Dragon), and showed interiors of houses and domestic environments that were eerily empty or out of focus. My ability to connect the dots here, literally and idiomatically, hinged on my reading of Noguchi's piece on the side wall.

Noguchi's Three scenes installation showed off elaborate, miniature scenes made of mirrors, dolls, and wood. One assemblage reminded me of a spaghetti western I saw on IFC a few weeks ago, and another was a complex arrangement of multi-faceted reflections that was as mind-warping as any Bridget Riley painting. The catch of this all, though, is that you can only see fragments of the scenes through loonie-to-softball-sized holes in the wall.

Not dissimilar from the circular cut-outs of the scenes in Pak's walkthrough. Combining these meditations on circles, mirrors, and fractured realities with the tumbling house from Somewhere, and the two artists' cumulative interests in domesticity, fiction, reality, and popular culture hint at a greater sense of 'something else'; one that lingers on the brain. 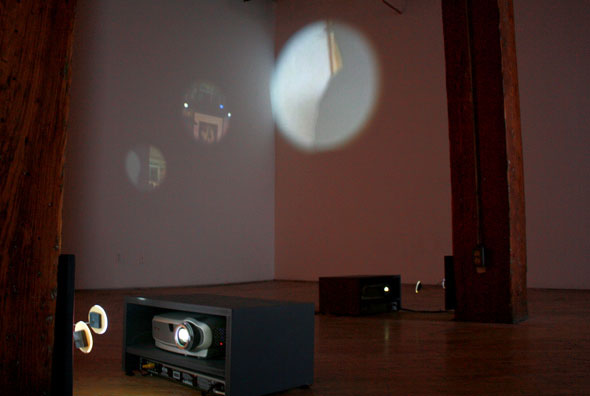 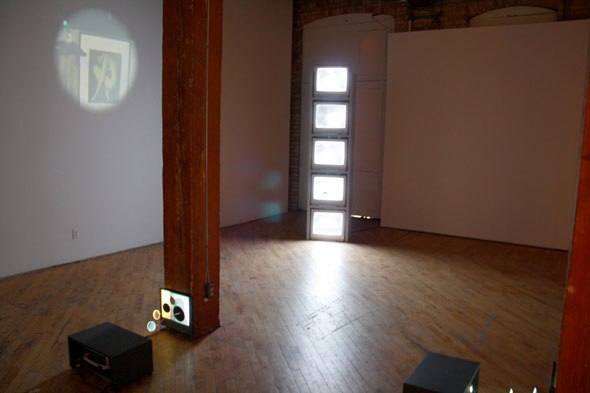 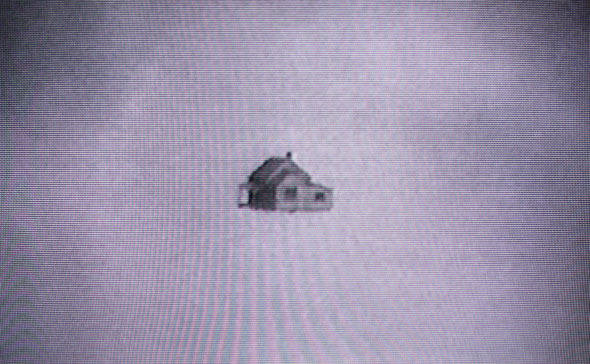 Writing and photos by Blake Williams