Aziz Ansari's stand-up routine borrows a lot from American pop culture. So it was no surprise that a lot of his U.S. references fell a little short on some of the crowd last night at The Mod Club Theatre.

This didn't seem to matter too much though, as Ansari was quick to change gears, making references relevant to the locals by asking the audience for local place names like Tim Horton's to fill in the blanks.

If you haven't seen his Rollerblading sketch or Viral Video spots, you're missing out some good LOLs. 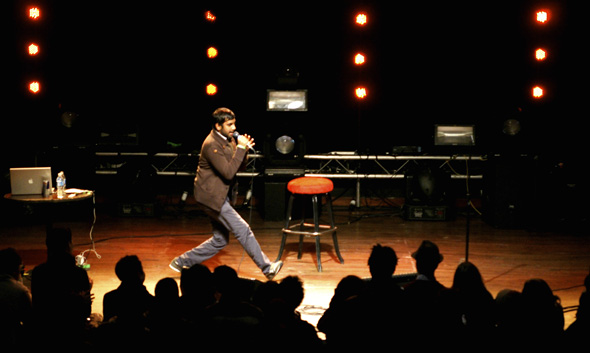 The L.A. based stand-up comedian and actor is perhaps best known for his MTV sketch comedy show Human Giant. Or his appearance on HBO's Flight of the Conchords as a racist fruit vendor.

He had the crowd in stitches pretty quickly with his Randy character. Every time Ansari mentioned how Randy would do things, he'd hit a button on his Powerbook and we'd hear a Rrrrrrrrrrandy! emanate from the giant speakers at the club, getting even more chuckles. 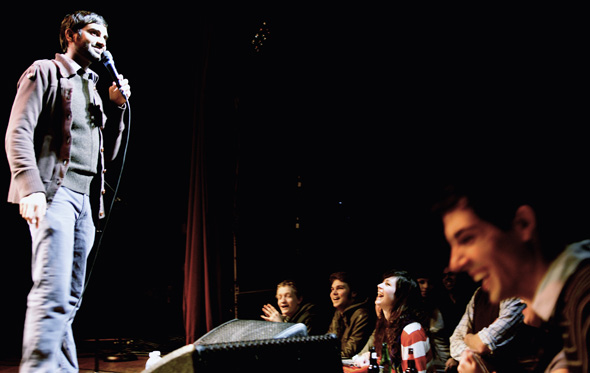 It seemed a little odd a place to see a comedy show. Most of the audience stood pretty motionless throughout the hour-and-a-half long set, eyes fixated on the performer on stage. With domestic beer at $6.50 a bottle, one could hardly blame them. 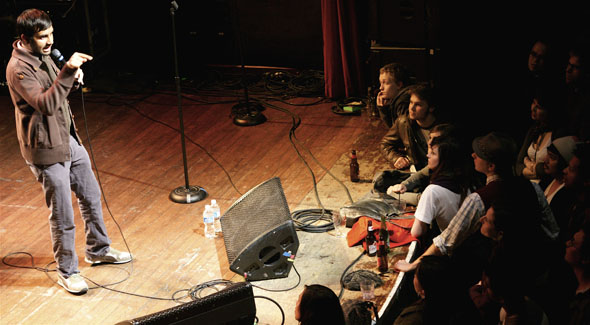 Ansari's Glow in the Dark tour borrowed its name from Kayne West, he reserved his finale by poking fun at R. Kelly (not to be confused the Toronto R. Kelly. All in all, a fun evening's diversion.

What's up next for Ansari? He's heading back to L.A. to be in the cast of Amy Poehler's yet-to-be-titled NBC sitcom.