I just wrapped up the first part of my Nuit Blanche in Liberty Village (the southwest part of Zone C). The area is still packed which kind of surprises me given it's not one of the more accessible neighbourhoods by foot or transit.

There's lots to see here beyond the "spoiler" I posted on Friday. At top is Purified by Fire, an installation by Matt Suib that has taken over a number of second and third story windows in the Liberty Market Building. It looks really sharp. All that's missing is a bit of smoke. 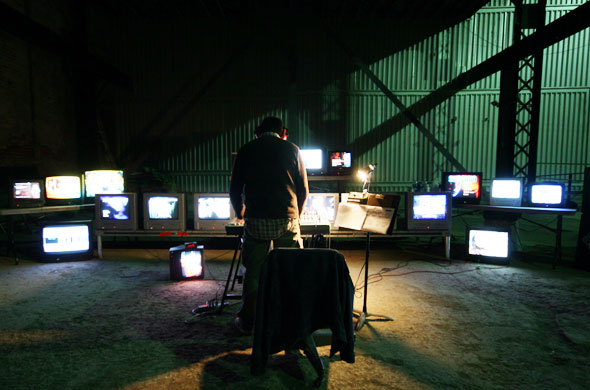 Not far away, at the back of the Liberty Towers Presentation Centre is Brian Joseph Davis's Original Soundtrack. The large, raw space is an ideal backdrop for the mashup of Scarface and other sounds from DVD's stuck at their "menu" stage. 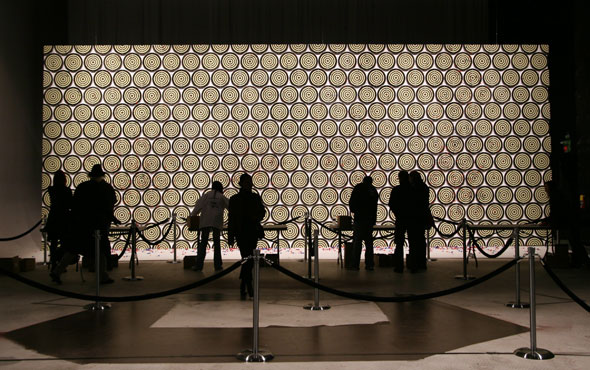 South of Liberty on Pardee Avenue is one of the neighbourhood's many interactive installations. Jacob Dahlgren's I, the world, things, life is a huge wall of dartboards. I waited my turn to throw about a half dozen darts with, I think, about four of them hitting the mark. 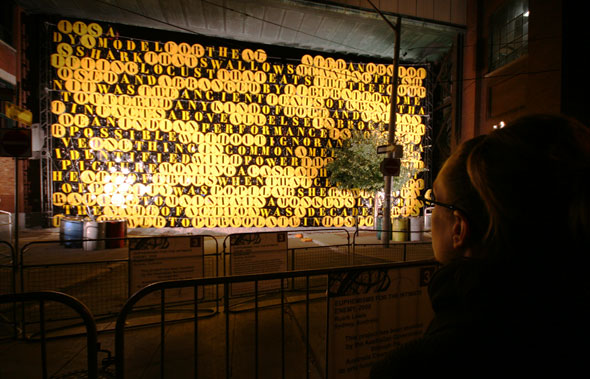 Ruark Lewis' Euphemisms for the Intimate Enemy continues to draw a crowd outside Druxy's. Apparently it takes only five hundred and fifty 55 gallon drums to fully block the passage up Mowat Avenue past the Carpet Factory. 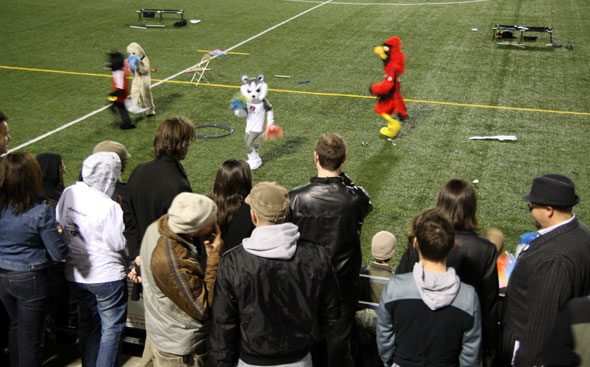 There are no ultimate games scheduled tonight for Lamport Stadium, but that hasn't stopped a bunch of tripped out mascots from flailing about as part of Jon Sasaki's I Promise It Will Always be This Way. All this is missing is some overpriced beer and hot dogs. And yeah, this is one of those performance pieces that just might provoke even a jaded BFA grad (not me) to pop the why is this art? question. 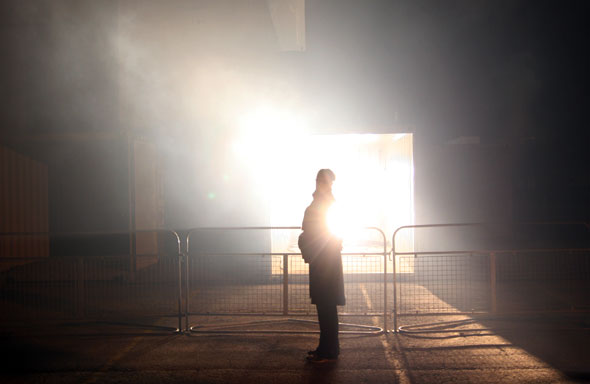 Since I'm a big fan of shipping containers, I especially enjoyed the sound and light show that is Brendan Fernandes' Future....Perfect. Who says photos can't be back lit?

Oh...and what else? There's a lot more to see here (as I write this there's still more than five hours until dawn) including Yoko Ono's Imagine Peace.