What makes a rebel?

I went to a liberal, arts focused High School...you'd think there'd be a lot wild sex and drugs at an establishment like that. Not so much. None of the girls got pregnant, none of the boys got into car crashes...the Catholic high school next store had a lot more action than we ever did.

Daryl Vocat was brought up in Regina, a conservative city in the heart of the prairies. When he was a child his parents pressured him to join the local boy scouts.

"I started in beavers; I went to cubs, scouts, ventures...I ended up going till the end of High School. Initially I was pretty resistant; it was something my parents really wanted me to do."

Daryl is a screen print artist and illustrator; he's best known for his images inspired by those heady days in the scouts. They're collected in a folio titled 'A Boy's Will'.

'A Boy's Will' is presented as a warped boy scout manual. Instead of tying knots and helping old women across the street, these kids are playing with guns and making homemade explosives.

Daryl has had solo exhibitions at Art Metropole , West Wing Art Space and Open Studio in Toronto, as well as countless shows across the country. He sells t-shirts and buttons of his work online and through his zines. He's never worked as a commercial artist; his philosophy has remained extremely D.I.Y.

"I grew up in the punk scene; the attitude was if you want something done just do it. Working outside the corporate world is all about idealism in some ways...we can do things on our own, we can make our own community, we don't need the corporate structure, you know?"

I sometimes wonder what my life would be like if I went to that Catholic high school instead of the arts one. I asked Daryl how his conservative upbringing influenced him.

"When I lived with my parents in Regina my Mom had this idea that everything I did was designed to piss her off. If you grow up in a liberal environment you're more likely to end up being moderate. When you're in situation like I was it can be hard to separate what's a genuine interest in your life and what's a reaction to your surroundings." 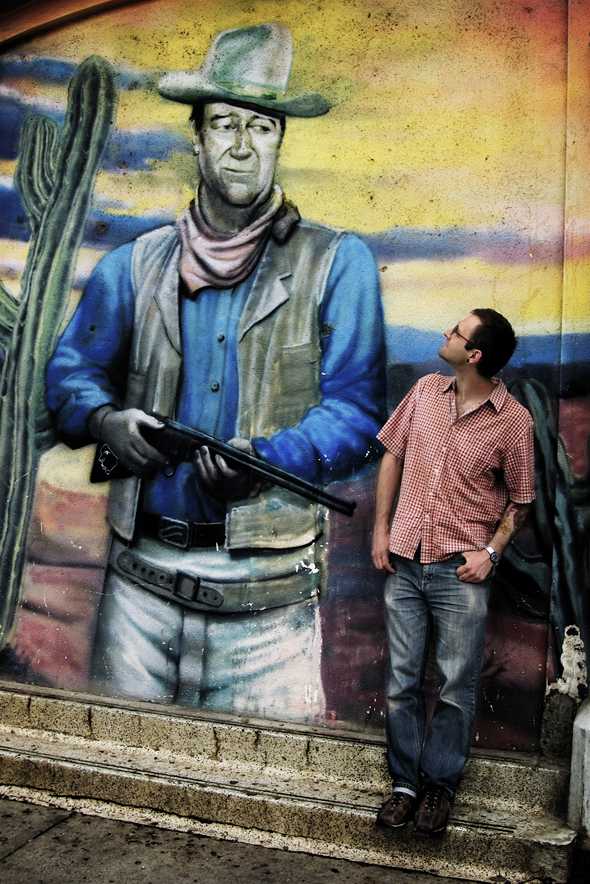