How Do You Improvise a Live Cartoon Show?

The live improvised cartoon show at The Comedy Bar was a fun combination of live flash animation and live voice-overs.

Several scenes played out by a handful of local improv actors created characters on the fly. As each scene unfolded, the characters got increasingly more involved in each other's lives. Kinda like a soap opera, but more animated and even less believable.

As previewed on Thursday, I knew I'd be in for a few surprises. What caught me off guard was how the little vignettes blended into one continuous storyline. Just when I thought I'd heard the end of one character, she appears in another scene along side a new character.

The improv actors' voiceovers were pretty much dead-on, save for a few out-of-character chuckles. I could hardly blame the performers from laughing at the silly-drawn figures as they staggered across the screen. The script pretty much writes itself. 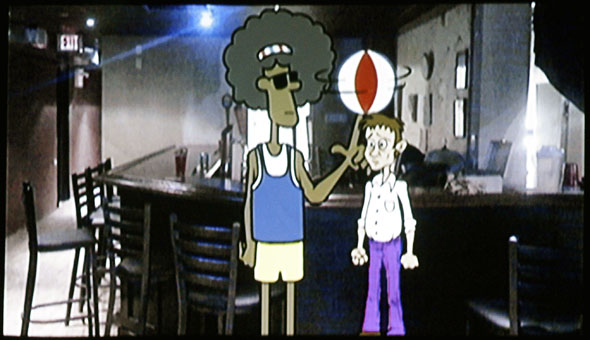 Rene Dellefont (pictured below) made good use of some flash animation wizardry. While lacking a little finesse, it allowed for a pretty loose script. And the voice actors took it wherever they saw fit. 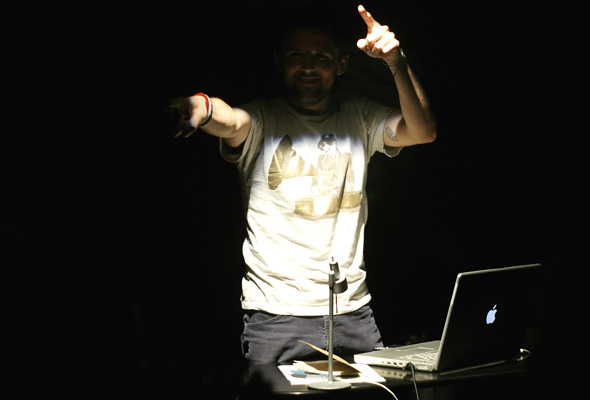 The whole concept kind of reminded me of watching late-night kung-fu movies without translation, making up my own dialog as the characters' stories played out on the screen. Good fun.

The show opens up with the presenting duo, Mark Andrada and Julie Dumais, of 10,000 to Flight (pictured below). They start off having an improvised conversation based on an audience suggestion, played out on a simple stage setup with two chairs. 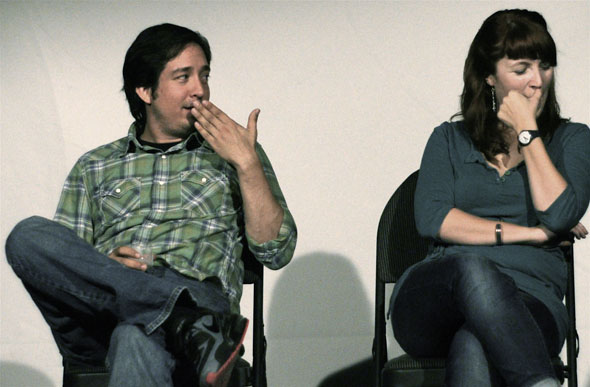 On Thursday night's preview performance they were a couple on a date at the movies as the credits start rolling. Taking a suggestion from the audience, their stories could take them anywhere. Bring a good word or phrase with you to tonight's show and expect to be surprised how it fits into their schtick.