A conversation with the legendary Brian Hamill about his forty-plus years as a film still photographer will inevitably make its way to the director he's closely associated with - New York's son Woody Allen.

"Back in the mid-70s I was sitting in [famous Upper East Side eatery] Elaine's one day, and Woody was there," he told me last night at the opening of his exhibit Raging Bull and Manhattan at Pikto. "He was looking at me the whole time then he asked someone 'who is that guy?' It turned out that I was the brother of his friend and I was a unit still photographer, so I met him and he offered me to take pictures on his set. I asked him, 'Did you want to see my work first?' and he said he didn't need to."

I thought this was weird (I would think Woody Allen staring at me would border on both flattering and uncomfortable) but the director's instinct proved right. Shortly after, Hamill was shooting on the Annie Hall set and went on photographing every Allen film since 1977.

He tells me this story standing right in front of his most iconic piece - Allen and Diane Keaton sitting on a bench one misty morning in 1978 with the Queensboro bridge in the background. 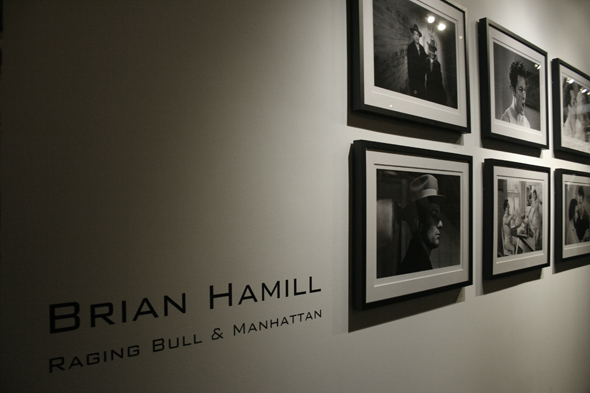 Aptly shown in conjunction with TIFF, Pikto houses Hamill's first Toronto exhibition which will run until Nuit Blanche. Curated by Johan H-Campbell, the Distillery's studio-cum-gallery features 20 black & white photographs from Martin Scorsese's Raging Bull and Allen's Manhattan, two of Hamill's all-time favorites. Upon entering Pikto, I was greeted by two-tiered images of a much younger and beat up Robert De Niro and eventually those of Allen, Keaton, Meryl Streep and Mariel Hemingway on the set of Manhattan. 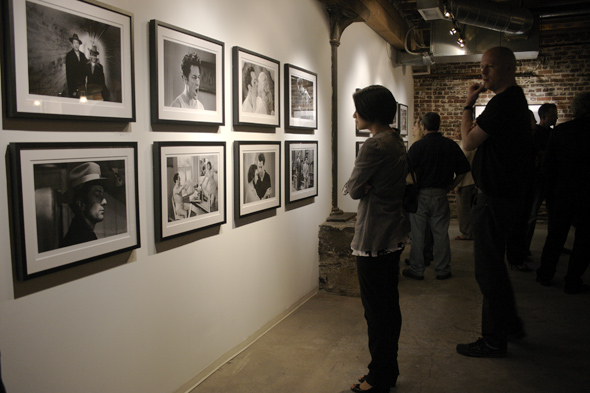 The juxtaposition between Raging Bull's machismo and Manhattan's light romance showed the variety in and significance of Hamill's work, capturing some of the most recognizable moments in cinematic history.

I was browsing through a coffee table book by the registration and was surprised to see that he has shot John Lennon, Tina Turner and Mick Jagger. As a music, film and photography enthusiast I was awestruck. 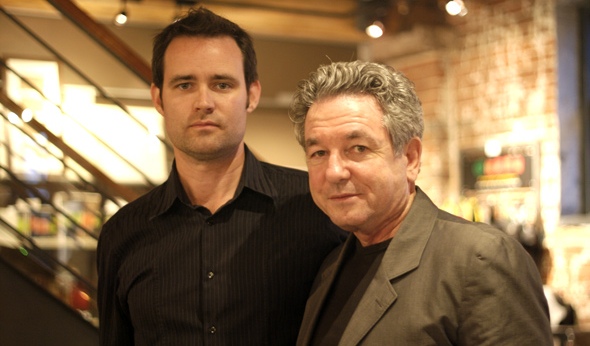 In town for last night's launch and a talk tomorrow at Pikto, Hamill is also screening his latest project as a producer, a mobster-romantic comedy called Under New Management directed by Joe Otting and starring native Torontonian Chris Diamantopoulos. The free screening is 2:00 pm today at The Royal and is only the second time the film will be shown to the public. 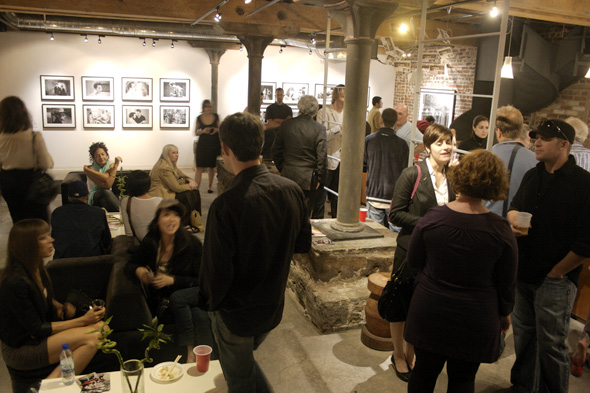