Beats, Breaks and Graffiti for All at Harbourfront

For the 5th year, downtown Toronto took in a weekend of 'Beats, Breaks and Culture' at Toronto's Harbourfront Centre. The blurred edges of the urban music niche have pretty much fallen to pieces as events like this begin to dominate public spaces, and Toronto is coming to love the style of this once chastened graf and break culture. This year's curators, along with break masters Bag of Trix and The Manifesto crew, did not disappoint, again mashing up the music against a backdrop of flying windmills, graf pieces, and incredible urban competition.

I actually went to check out the music line up on the main stage, namely Ladytron, Ponyhoax, Thunderheist and Crystal Castles - these at times hyper electro-break sounds are not exactly the kind of tunes you'd expect the festival to feature (it's traditionally been a mix of world music and breaks). But the BBC has grown into an event for everyone who might dare call themselves urban, crossing old and new school 'street' culture to make something that feels very comfortable to the Toronto scene. While the music was the draw, this was an event that, visually speaking, is dominated by top Toronto locals who come out to compete.

The talent being showcased at the BBC festival is mind blowing. Hosted by Benzo and Bag of Trix, the 'Pop, Lock and Load' competition saw the local dance crews bring their best in the $1500 dance-off. This year the dancers stole the show; the insane stalls, b-boy shows of attitude and you got served style break battles make it hard not to yell 'ohhhhhhh' with the crowd, even if you happen to have no idea how difficult the move is. 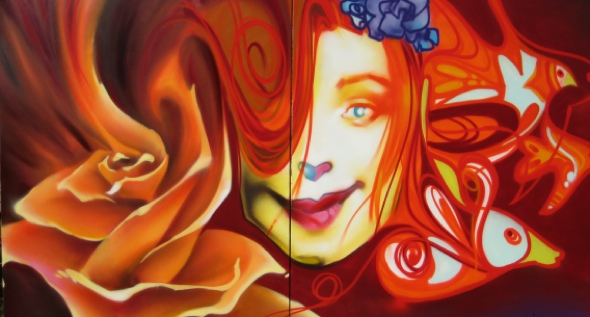 Just as impressive, The Manifesto's crew 'Beats, Breaks and Graffiti' competition featured locals HSA (Art Child and Bacon) and Mediah and Elicsir facing off for $500. The artists worked their skill on the lawn among the crowd, using canvas and spray cans to produce beautiful pieces within a matter of hours. The whole event hinted at the broadening mashup of beats and breaks culture for all; Harbourfront Centre set up "family" graf and breaking areas to get the kids involved too.

Even when promoter Sony showed up, they brought the new Rolly dancing robots - so the comercialization of the event also has the right feel for the culture. With dozens of DJs across many genres playing Friday right through Sunday night, this was definitely the best value going.

Not to be missed next year, the Beats Breaks and Culture Festival will certainly be back. In the meantime, The Manifesto will bring a similar urban culture focused festival this September 20-23, 2008. Che at Manifesto tells me events like BBC and the upcoming 4-day Manifesto festival are all about getting a cross section of the city's culture. "These shows create a meaningful and engaging experience for the crowd, and represent wicked talent in Toronto. We just have to put out the call and these artists answer." 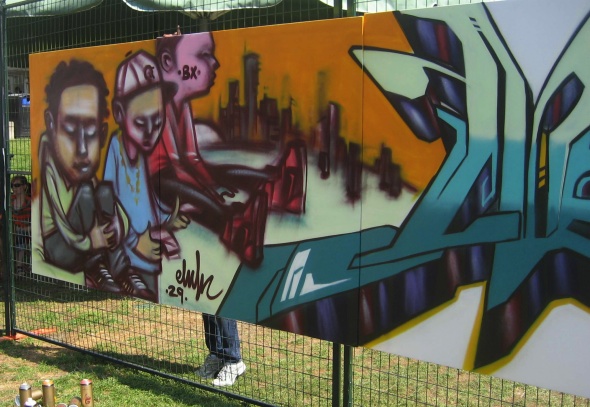 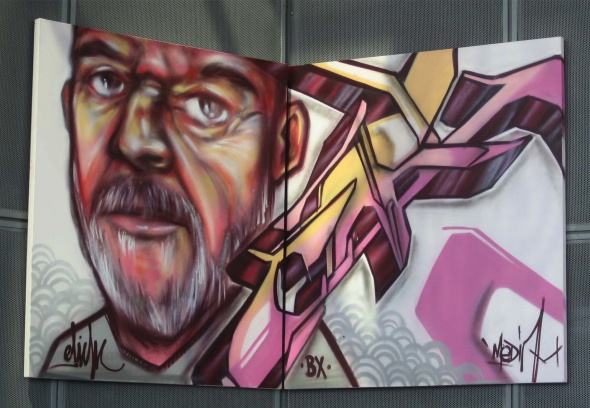