Night of the Avant Garde Resonates at The ROM

The Night of the Avant Garde at The Royal Ontario Museum (The ROM) celebrated the completion of the Daniel Libeskind designed Michael Lee-Chin Crystal last Thursday.

The night featured the North American premiere of Simon Bainbridge's Music Space Reflection, a celebration of Daniel Libeskind's architecture. Bainbridge conducted the piece which was performed by 24 musicians from CONTACT contemporary music, a Toronto collective of musicians.

While the attendees didn't seem really into the avant garde music all that much, at least it resonated well within the architecture. The ROM should have more performances in this space, as it's practically created for this sort of performance. 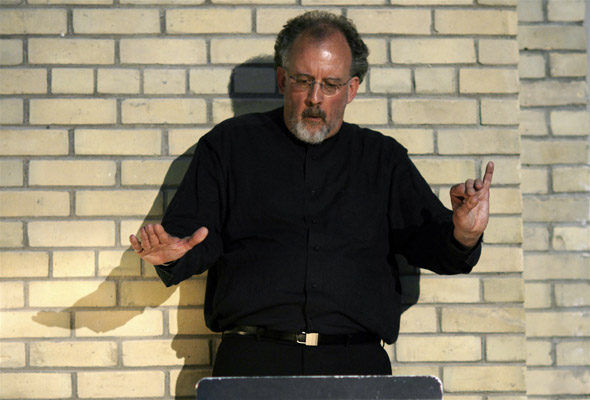 The setup for the musicians was well orchestrated. A few groupings of musicians surrounded the audience in the spacious hall, creating a real-life surround sound that reverberated all around the beautifully angled, tall ceiling Hyacinth Gloria Chen Crystal Court. 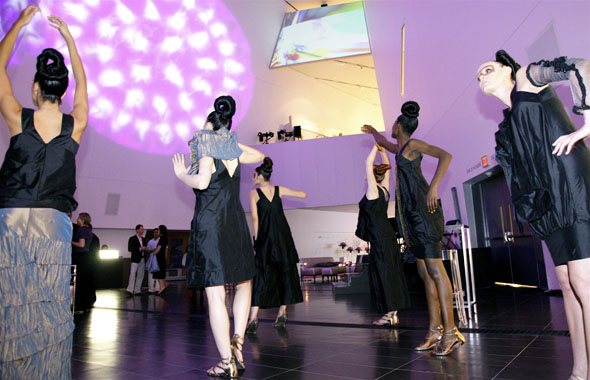 After the music, exotic hors d'oeuvres and cocktails were served by make-up masked servers. Then a group of models wearing Ula Zukowska designs came out to strike a pose against the striking angles of the walls, lit up with swirly, colourful patterns.

For a moment it felt like we were transported into another world.

More photos in a mini slideshow below: