The AGO's annual fundraiser, Massive Party, went down last night at the MUZIK event space on the CNE grounds. About 1,500 revelers forked over $125 to soak up the music, performance art, free booze and snacks. This year, the theme of the party was Vanities and Vandals which meant (according to one member of the organizing committee) installations and performances by some of the biggest egos in the Toronto art world.

Among the participating artists were Jesika Joy, Derek Sullivan, Jon Sasaki, Dan Bergeron, Thrush Holmes, Jennifer Marman, Daniel Borins, Hri Neil, Jade Rude and Maryam Keyhani. Sebastian Granger (ex of Death from Above 1979) et Les Montagnes where the only live musical performance and didn't disappoint. But their set was over early and unfortunately there weren't any late evening surprises to fill the void. 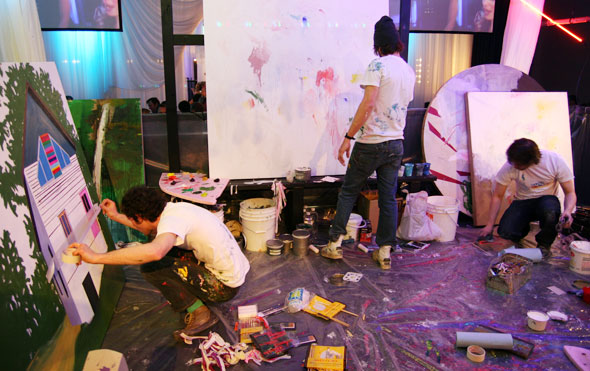 Best was Thrush Holmes and his crew affixing paint to canvas all night, the Female Fighting Federation (dressed as cops) and Maryam Keyhani's limited edition ties which sold like hot cakes. Jesika Joy's glam stations, featuring topless performers, pole dancing and lots or oranges failed to live up to the hype, perhaps because most of those involved seemed so disinterested. Jon Sasaki's installation of a cleanup crew vacuuming up confetti was visually stunning but I felt bad for the two artists involved who likely set a record for the most consecutive hours vacuuming at a party. 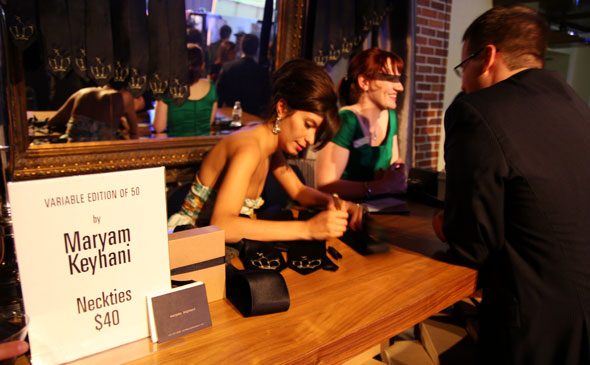 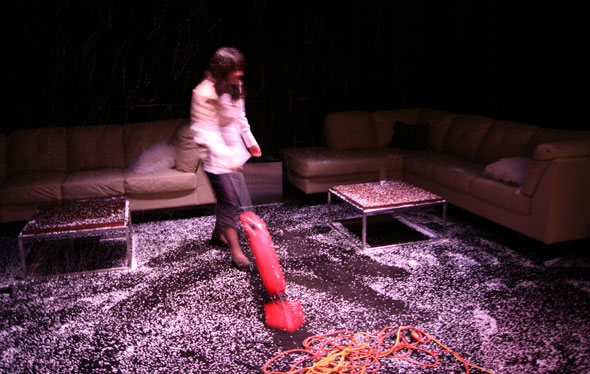 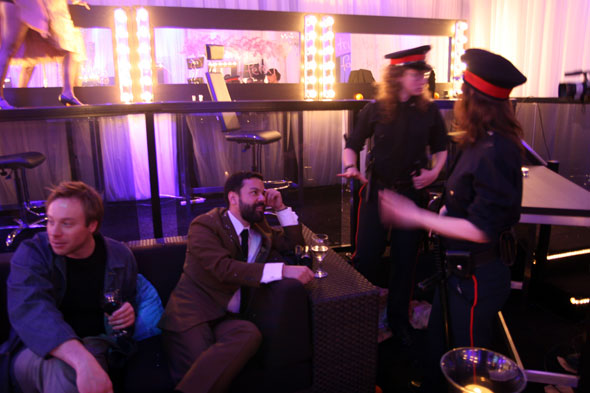 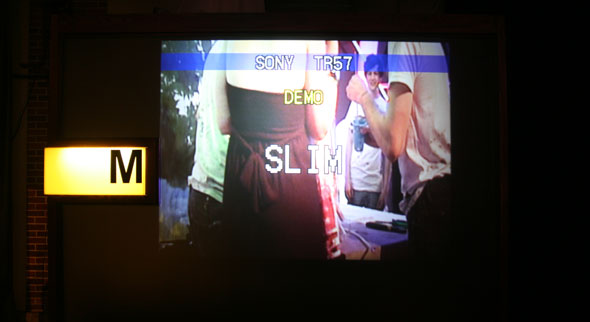 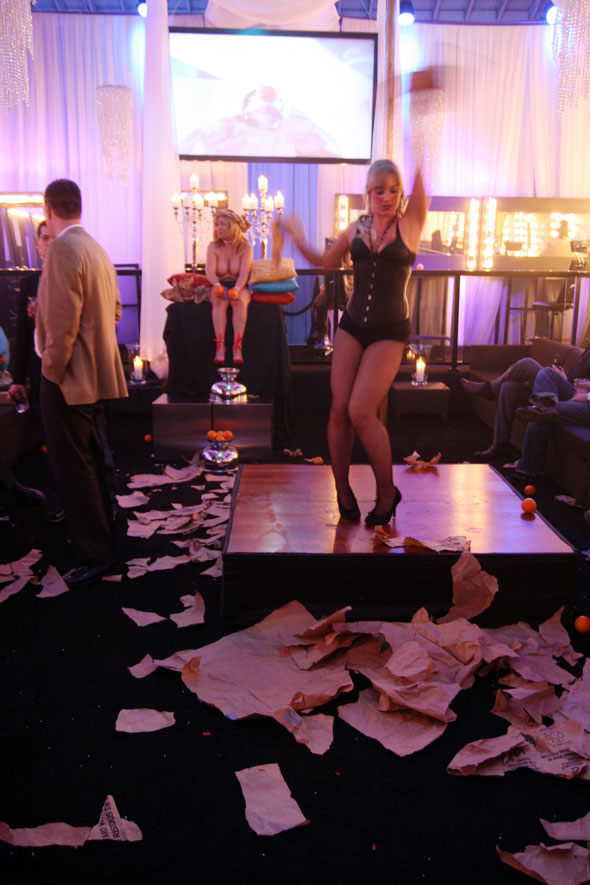 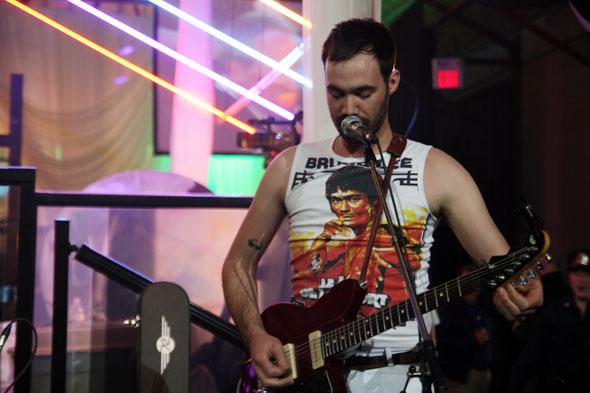 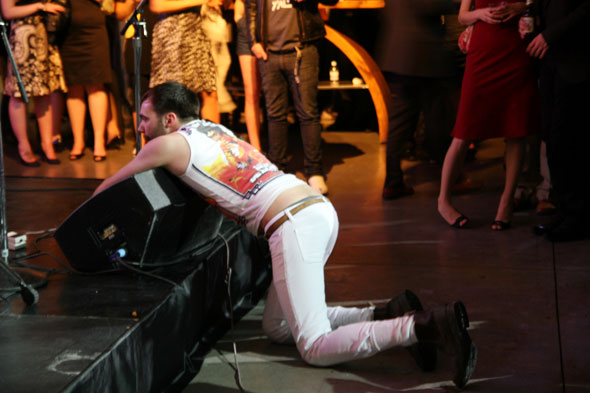 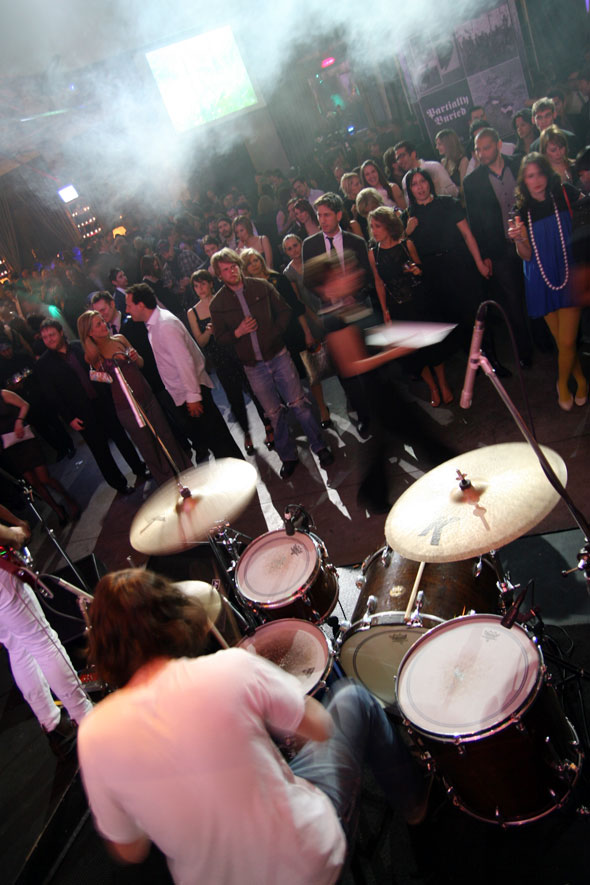 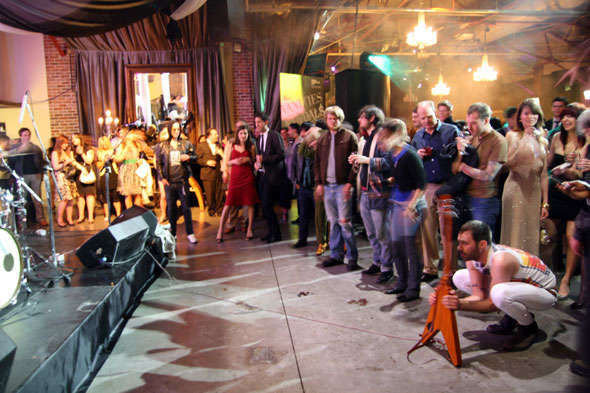 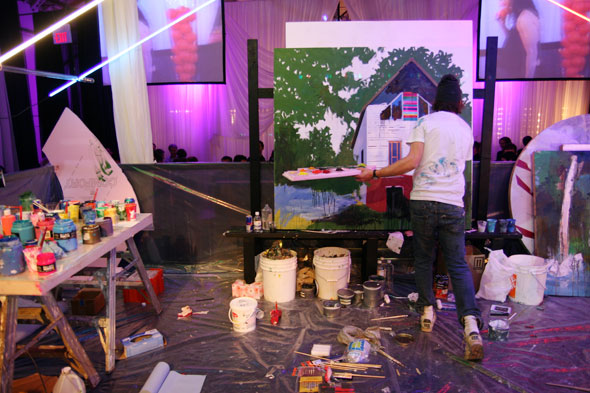 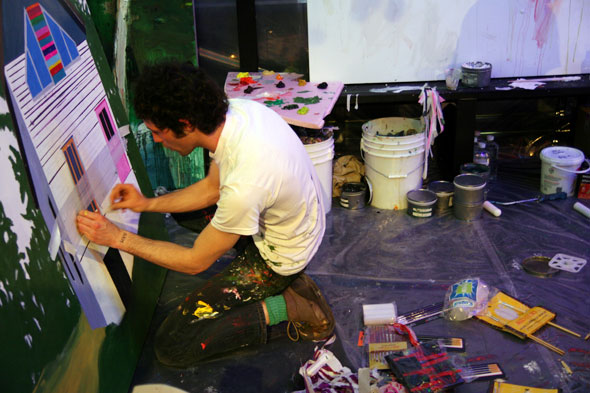