Outdoor arts festivals might seem a distant memory on a snowy day like today but come June arts-friendly neighbourhoods across the city come alive with art in parks and gallery crawls showcasing the work of up and coming Toronto artists.

The season traditionally kicks off with the Riverdale Art Walk and concludes with the Queen West Art Crawl in mid-September. Along the way, arts and crafts hounds also congregate at the Toronto Outdoor Arts Exhibition, Parkdale Arts & Craft Festival, the Junction Arts Festival and the Cabbagetown Arts & Crafts Sale.

When we recently asked our readers to choose the best outdoor arts festival in Toronto, an overwhelming number of respondents picked the Queen West Art Crawl (QWAC). This year it takes place from September 12th to 14th. A few weeks ago, long-time organizer Artscape announced the Parkdale Liberty Economic Development Corporation (PLEDC) would be assuming ownership and production of the festival.

Read my interview with the PLEDC's Heather Douglas who fills me in on the secrets to QWAC's success and what this recent news means for the future of the festival.

What can you tell us about the latest news. How and why did PLEDC assume ownership and production of the QWAC?

We at PLEDC are very excited about adopting QWAC into our home. As a participant in last year's festival we had a great time introducing PLAY/GROUNDS to the crawl. Our contribution to QWAC was comprised of installations that were set-up in empty storefronts, vacant lots and parks. Artscape's vision of QWAC was to grow it and eventually pass it on to an organization they felt would give it a good home. Having our PLEDC home in an historical Artscape building and after working closely with Artscape in the past, it was a natural progression.

What does this mean for the future of QWAC? Should we expect any major changes this year?

The future of QWAC will grow and flourish as it has been for the past 5 years following the vision of Artscape, who will continue to play a pivotal role as the lead community partner. But as expected you will see some differences as PLEDC will be adding its own panache to the final product. The festival will stretch further west into the Parkdale community, highlighting the hidden gems that sometimes get glossed over. 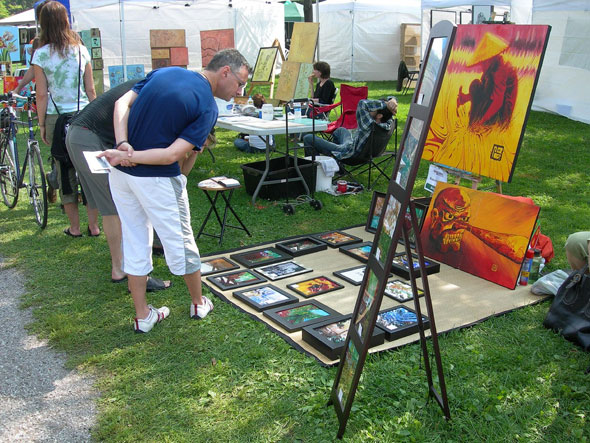 What do you think makes QWAC different from some of Toronto's other outdoor arts festivals?

The uniqueness of QWAC comes from the organic roots of the crawl. Its' humble beginnings brought together the artists, residents, community members and local businesses in the Distillery District, then moved naturally to Queen St. W. to embrace new partnerships. You can say that it's a festival by the people for the people.

What sort of effort is involved in organizing QWAC? When does the planning begin? What are some of the biggest challenges?

We're no strangers to organizing events, but this one is a little more involved than previous projects we've done. As for planning, we've already begun for our inaugural year! The biggest challenge so far is really just incorporating it into our list of projects for 2008. But Artscape's formula for QWAC is so well documented it gives us a good blueprint to build on.

How many artists are typically involved? Who is eligible to participate?

In the past there's been about 230 artists as part of the outdoor art show and sale (in Trinity Bellwoods Park) and varying amounts of performance artists. We'll be doing our first call for artist's submissions in March where a jury will select a first round of vendors for the festival. We'll also be searching for performance, installation and musical talent from the neighbourhood and beyond. In the past we've had artists from Quebec and as far as Michigan apply and participate. It's really not just local artists. 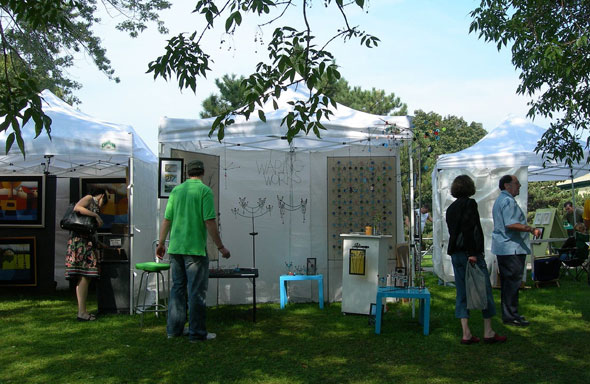 Photos by Photopia (times 2) and jbcurio.