The other week I stumbled upon one of those creative projects that shows how much people in this city are interested in re-imagining and playing with it. I wound up on the blog of frequent blogTO commenter Alden, who is in the middle of creating a virtual Toronto in the city-building video game SimCity 4. Alden has agreed to let me follow his progress here, so check back every now and then to see how close to the real thing it gets! Maybe we'll even get a glimpse into a possible future Toronto?

The first post showed a young town of York growing out of a patch of green with a population of about 12 000. In a later post he explains that he began with Front and Yonge Streets, keeping the young city growing within about four blocks of Yonge and Front, which is close to the city's actual birthplace. 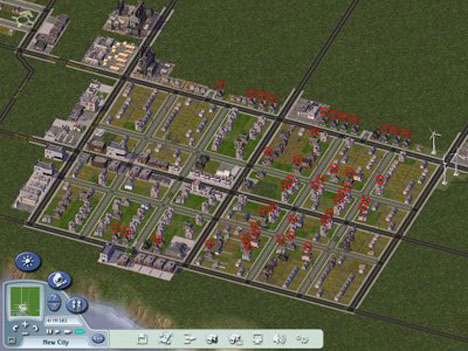 Once the city began to grow, there was both residential and commercial development, but unemployment began to creep in. Alden finishes his most recent post with a question: "Should I create more commercial or industrial zones" to combat the growing unemployment? If anyone has any suggestions for how to help the city grow, leave a comment below.

If Toronto's history is any indication, I'd suggest industrializing. Be forewarned, though: it can get pretty expensive to revitalize an over-industrialized waterfront later on...