Just a heads up - I'm changing up Book Scene a little - rather than listing a whole boodle of events, I'll pick a tidbit or two to focus on - an event, an article, a little something something. It's way more interesting.

Eye has a short interview with Julie Wilson - of seereading.blogspot.com - a TO writer watching you reading on the TTC. So all the 'reading is dead, aaaaah' article-writers need to relax already.

Speaking of - Is poetry dead? The Globe and Mail says so - oh, poetry is being published, but no one's actually buying it. What do you guys think? Is the audience moving to spoken word? Rap? Did it ever exist in the first place? (think Julie Wilson's caught anyone with verse?)

And speaking of the Globe, they published their (boring) 'top 100' in their books section this past Saturday.

The list bugs me - because it typifies everything wrong with vague top 'pick a number' selections.

As Martin Levin explains in his column in the section, the books were chosen basically by going through their reviews for the year, picking a few in each genre, and re-listing them, with mini plot synopses. (Sorry Martin, this is me complaining).

This results in a list of familiar titles that you've already leafed through or read the cover copy. No suprises - if you were interested after reading the first nine positive reviews, you bought them.

The list has no personality, takes no risks, makes no statements (other than mild omissions like Bloodletting and Miraculous Cures, since the review wasn't breathless with awe). What's the point?

There's also the filler that comes with trying to list 100 titles. I'd say five, ten, twenty-seven - sure, that could be a list of must-reads. But 100? This year? Je pense que non. 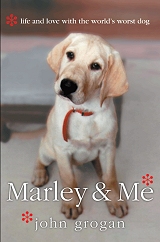 It's particularly problematic with books because reading is such a personal taste sort of thing. Everybody reads the runaway hits and the more literary bestsellers (e.g. Inheritance of Loss - yes, it's super-good, it won the Booker, but hey, this is not new information); regurgitating the big sellers doesn't do anyone any good.

Make a list that has some personality, draw attention to neglected mid-list authors or small publishers or something. Instead of genre, give me ten titles that flew under the radar, seven that I should love if I'm looking for another Curious Incident of the Dog in the Night-Time, fourteen that were panned everywhere but are actually awesome, but for the love of all that is printed tell me something I don't already know!

Besides, can you really trust a list that starts with Marley and Me?

That said, G&M's new fiction reviewer Jim Bartley has just entered the ranks of first-novel-dom. He has an event to promote Drina Bridge at This Ain't The Rosedale Library, with Insomniac Press author Anthony Bidulka for Stain of the Berry on Tuesday Nov 28th. (He isn't on the list, by the way).

p.s. If you don't know already, the OJ book's been quashed.